Is this the way? "The Mandalorian" depicts struggling belief more realistically than that last Jedi

The removal of the helmet doesn't just allow Din to breathe and expand ... but the Star Wars galaxy as well 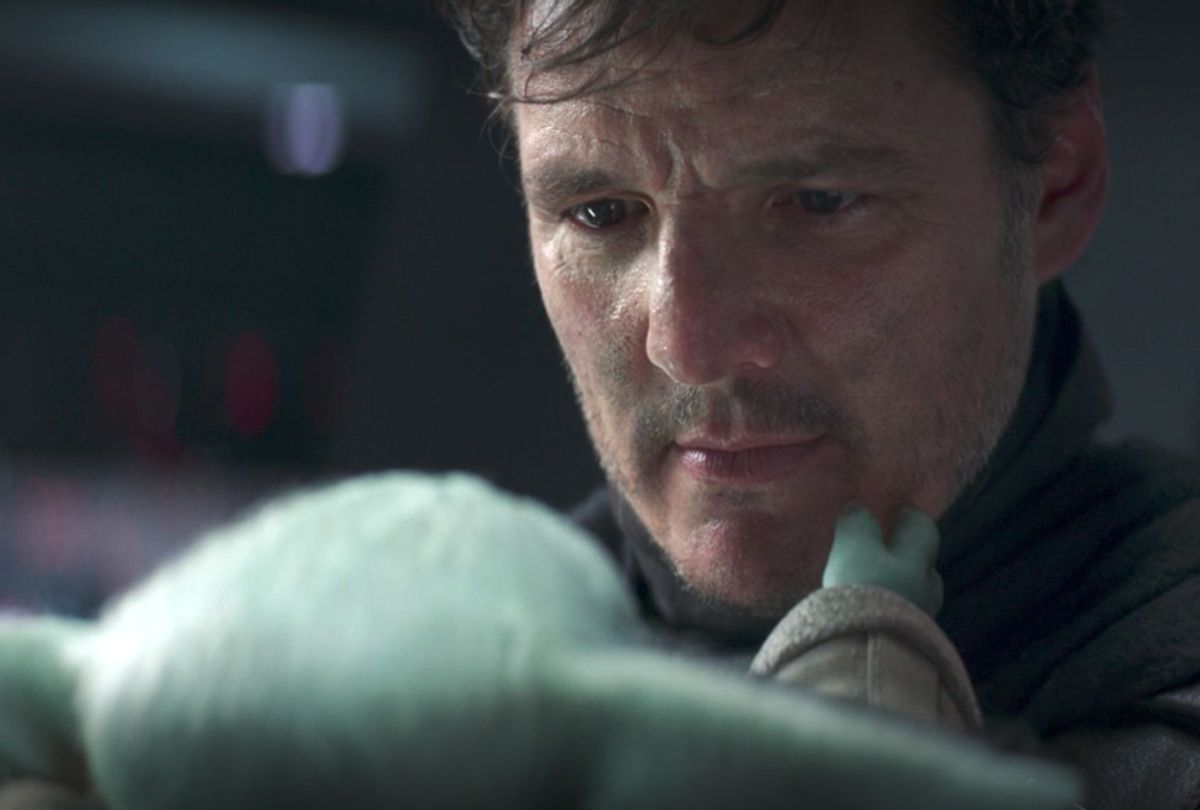 Pedro Pascal as "The Mandalorian" (Disney+)
--

Until "The Mandalorian" the main "Star Wars" universe acknowledged only one spiritual truth, The Force, and the two religions devoted to it – that of the Jedi, an order devoted to light and justice, and the Sith, servants of the Dark Side. Everything in between is good guys wishing that the Force be with their allies or baddies, rebel scum or storm troopers. But what of the Jawas? Do the Tuskens believe in anything greater than themselves? We still don't know.

But through the adventures of Din Djarin (Pedro Pascal) we've now seen another belief system: The Creed, followed by The Children of the Watch. The warrior sect that raised Din Djarin and hardened him in battle pits professes to follow The Way of the Mandalore and its many rules.

The second season of "The Mandalorian" shows Din Djarin breaking the strictest of them all when he removes his helmet and allows a room filled with Empire officers and grunts to see his face, a no-go of the highest order. According to the Creed, once a Mandalorian removes their helmet in front of another living being, that person can never put it on again. It is a break with faith.

But it had to happen if he had any hope of saving Grogu, aka The Child or Baby Yoda, from the Imperial officer who kidnapped him.  Plus, he may have other reasons. In "The Believer," the second-to-last episode of Season 2, Mando recruits his duplicitous former partner in crime Mayfeld (Bill Burr) to help him break into an Imperial mining facility – which they do, once they secure a pair of trooper outfits. These, remember, also have helmets.

The real obstacle awaits inside, where a simple visit to a terminal from which Mayfield can download the coordinates of the ship holding Grogu becomes impossible since Mayfield's former commander happens to be in the room where it's located.

Following a tense exchange, Mando decides to head over to facial recognition scanner, removes his helmet and exposes his face. He fulfills the mission, but he also realizes there's no going home again.

The timing of this highly impactful decision was questionable in the eyes of some people, and if you ponder the scenario beyond his action there are other problems too. But we're not here to discuss flimsy plot details.

Instead, the meaning of Djarin's unmasking is what sparked hours of rumination about how that relates to the films' and series' treatment of belief and identity versus strict religiosity.

Within the context of any individual's negotiation with the role religion plays in who they  are lies a necessary defining of faith as one chooses to interpret it. Mayfield infers this when he's ribbing Mando about the faulty rules governing every type of belief system during their mission.

"Seems to me like your rules start to change when you get desperate," he says. "I mean, look at you. You said you couldn't take your helmet off, and now you've got a stormtrooper one on, so what's the rule? Is it that you can't take off your Mando helmet or you can't show your face? Because there is a difference."

In that moment Din Djarin doesn't reply to Mayfield, and that could be because he genuinely doesn't have answer. Showing his face a few scenes later may have been his way of starting to search those answers within himself, a very "Star Wars" way of handling hard questions.

One reason that I still find "Star Wars" and other epics enchanting to me after all these years has to do with the strict religiosity programmed into me since birth. I'm sure of it. I broke away from Catholicism a long time ago but that wiring to receive faith's mysteries is still very much intact. I suspect many people who lost their religion still feel some version of this. The power of The Force is less fraught than organized religion. George Lucas' version of monomyth never started any wars or led to anyone's persecution on Earth.

Everyone can get behind the space opera's enduring stories of good and evil, wrapped around arcs about redemption and forgiveness. But all of it stems from the Jedi mythology realized by the Skywalker Saga, and if you really delve into what it is to be a Jedi . . . honestly, it looks like a real drag. No wonder Luke eventually turned his back on that noise.

Belief as it is presented through the hero's journey in "The Mandalorian," however, is attainable. In the scene described above and other points in the latest season, Din Djarin acts upon the higher laws governing how to treat others and protecting the innocent as opposed to the beliefs of his sect.

The Force is exhilarating and all, but if you want to emulate a character who acts with discipline and adheres to a morally upstanding set of principles, Din Djarin's is The Way. And this includes his decision to release his fate from determinations as to who he is and his worth as prescribed by others, which is the essence of a spiritual journey.

That series creator Jon Favreau chose to cross Din Djarin's path with that of "Star Wars"' favorite son in the season finale isn't an accident or a bad decision. Quite the opposite. Call it the culmination of an inevitability.

We know from the films that Luke eventually loses his faith, only to find it again one last time before he joins with The Force. But the Luke we see in the finale is very much a standard bearer of the Jedi, one of the few left and likely the most powerful.

Meanwhile, from the moment the bounty hunter was quested to reunite his ward Grogu, The Child, with "his kind," a race of what Din's superior the Armorer describes as sorcerers and enemies to their sect, the Mandalorian's commitment to following the "Way" was bound to waver.

In Season 2 Favreau and the show's writers steadily build toward Din Djarin grappling with what it means to be Mandalorian, which one surmises to be a major subplot of the third season.

Odysseys of identity are the core of all major "Star Wars" stories, bringing characters into confrontations between their idea of who they are and the truth of it.  With Luke, Leia, Rey and even Kylo Ren, tests of faith are always entwined with questions about family legacy.

Din Djarin isn't haunted by such questions because he knew his parents and remembers their murder. Instead, his spiritual test may be concerned with what he was led to believe by The Watch, the militaristic zealots that raised him, and how that belief reconciles with actually being in the universe and refusing to hide.

Until he meets other Mandalorians led by Bo-Katan (Katee Sackhoff), a dethroned royal, he believes all true Mandalorians follow the Creed. Then she shocks him by taking her helmet off and explaining that she's not the strange one – he is.

The Watch, she tells him, is a cult. And we can only guess that a whole lot of thinking went on under that helmet after that, since Din Djarin exposes his face not once but twice before the season closes. The second time is to allow Grogu to see him for who he is, at last, before they part ways in "The Rescue," the season finale written by Favreau. Earthlings might describe this as the start of his deprogramming.

Hopefully Grogu will return. I'm also crossing my fingers that Din Djarin's on-and-off relationship with his helmet continues, for reasons other than wanting to gaze upon Pascal's fine, fine visage more than once or twice a season – but not much more. From the perspective of the business side of things, we understand why Favreau may be tempted to service fans who swoon at the sight of the actor. That's surface allure, and even that has limits. (Ergo: better to keep the people thirsty than weaken the appeal by oversaturation.)

Deepening the character's mystery as he figures out who he is may yield higher returns over the long haul, because we get it. At some point we have to decide what to believe about ourselves and our place in the universe. And to me, that's much more fertile ground for story development. There's a lot about this quadrant of the galaxy and this gunslinger we have yet to discover.

The Force will be with us always and for as long as "Star Wars" burns brightly in the entertainment galaxy. But at the end of a rousing and provocative sophomore season of "The Mandalorian" I'm pleased and relieved to know that its Jedi fascination is definitely not the only way.

All episodes of "The Mandalorian" are currently streaming on Disney+.