In defense of persimmons, winter's misunderstood and underappreciated fruit 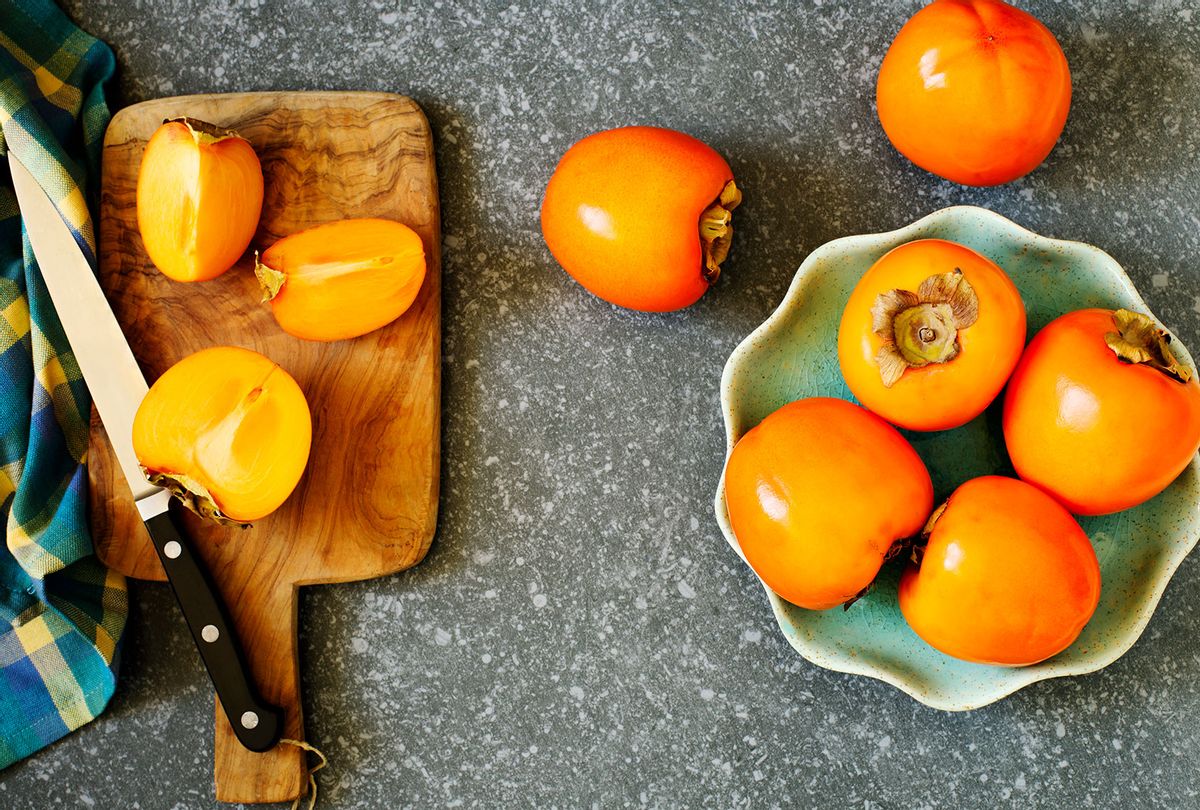 In Korean folklore, there is a story of a tiger and a baby and a persimmon. Basically, a fearsome tiger comes into a village to find some food, while a baby in the village endlessly cries. In an attempt to quiet the child — who is completely unfazed by the mother's warnings of the beasts that may hear them — she promises kkotgam, or dried persimmon. The baby quiets immediately, and the tiger, who overheard everything, turns tail, mistaking "kkotgam" as a beast scarier than a tiger, the threat of which must have finally hushed the baby.

In this tale, I am the baby. Those whole, dried persimmons, smashed to sweet, soft, flat, powdery pucks, have been one of my favorite snacks for as long as I can recall. Once, unable to find them where I live in Louisville, Ky, I carried a box in my luggage from an H-Mart in Austin, Texas, like precious cargo. I rationed those dozen to stretch for months — I'm down to my last three.

Ripe, the texture is like a mango and the taste is sweet and mild like honey, with a richness underneath, not quite nutty. The taste is versatile and fits well with a cider as much as it does a nice goat cheese or a pour of bourbon. Despite growing across many parts of the United States, persimmons have just not widely caught on.

Not a "weird little tomato"

Each year, as the cold-weather fruit makes an appearance in grocery stores and gift baskets — Chrissy Teigen's recent Instagram stories have featured boxes of gifted persimmons and the fruit included in a massive 12-foot charcuterie board —  I see a flurry of posts on social media about bad experiences with mouth-puckering persimmons or unfamiliarity with the fruit that looks like a weird little tomato.

The act of trying a new, foreign food without knowledge or context — and upon having a negative experience, deciding it is bad — is something that columnist Noah Cho would describe as "bad kimchi," one of many interpretations of the phrase that he describes in his essay series for Catapult.

Earlier this year, he gave an example — a woman binged on shirataki noodles marketed as "Better Than Pasta" for their low-carb count — and ended up with an impacted mass in her gastrointestinal tract.

"That's bad kimchi," Cho stressed then. I heard his voice a year later when I read a Facebook post asking people to describe the taste of persimmons. In the comments below, I saw a variety of descriptions, from nutty to fruity, and accounts of traumatic attempts to eat them

You see, Asian persimmons come in basically two varieties — the flat-bottomed fuyu can be consumed pretty much as soon as you buy them and taste the way they're supposed to. The hachiya variety, which is shaped more like a cartoon heart, is full of bitter tannins that, if eaten before the fruit reaches ripeness — that is, soft, almost squishy ripeness — is incredibly astringent and an overall awful culinary experience.

How to eat persimmons

Los Angeles-based Chef Luke Reyes — a winner of Food Network's "Chopped" who opened 9th Street Ramen in Downtown L.A. earlier this year — recommends educating yourself at the market or before you shop for the winter fruit.

"Like anything else, I think people will eat a persimmon and not really know what they're getting into." Reyes said. "If you're cooking with a persimmon or eating it raw, you should know if it's ripe. Talk to someone at the market — Do due diligence."

As for how to eat them, Reyes has served the fruit in many ways over the years. He points to a time when he had it on a menu as a more savory dish: Roasted with brown butter with sage, rosemary and garlic and served with burrata, pan-roasted in the mix and topped with salmon roe.

Growing up, I didn't know that the ever-present persimmons in our kitchen each winter were an idiosyncrasy of growing up in an Asian American home and that the fruit that was a staple for us was one that most of my peers had never tasted. And it had never occurred to me that the fruit could be cooked or combined into a savory meal.

It's been in recent years that I've let my affection take new life, adding the fruit to cocktails or cutting it up into a salad, appreciating it outside of my own culture and in a wider culinary experience. Now, I see an abundance of options, from persimmon pudding, to jam, to roasted and combined with pancetta, risotto and goat cheese.

With each negative post I see about persimmons — overwhelmingly, they are about eating an unripe one — I want to beg the writer to try one of the precious kkotgam I have left in my stash, or walk them through their misstep in the produce aisle, asking them to give the fruit one more try.