In its third season, "Cobra Kai's" one-note villain knocks it off its game

With too much Kreese in its wheels, the series flattens out all the layers that once made it great 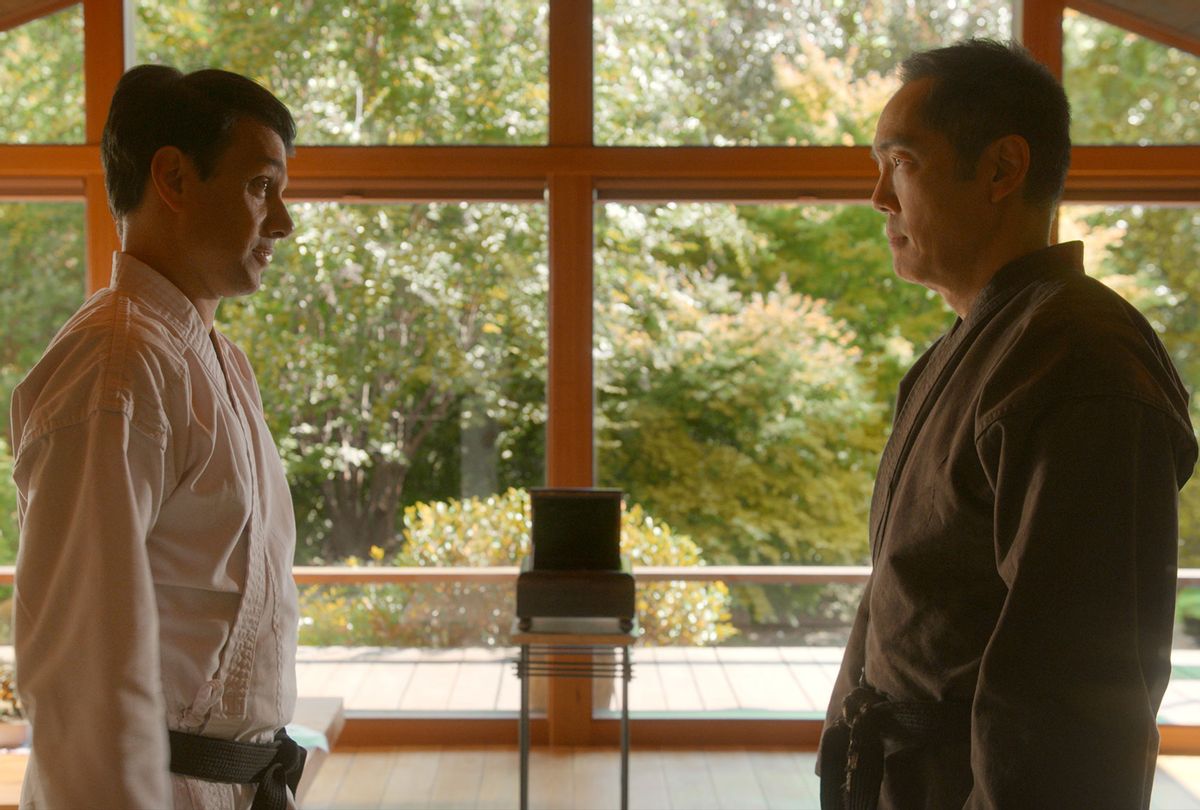 At Cobra Kai, students learn The Way of the Fist, a karate style described in the dojo's motto of "Strike First, Strike Hard, No Mercy."

In the latest episodes of "Cobra Kai" viewers learn the way of third season mediocrity and the merciless lesson of nostalgia's diminishing returns.

As with many TV shows, these latest episodes of "Cobra Kai" are as worthwhile a viewing experience as you deem them be — and yes, that is faint praise. It's also a painful admission on the part of someone who adored the first season of the show and applauded the raucous, operatic escalations of the second, only to walk away from the third thinking…why? Just that – why.

This is particularly sad given the way "Cobra Kai" initially transforms William Zabka's Johnny Lawrence into a flawed but somehow lovable anti-hero striving for redemption, while making Ralph Macchio's Daniel LaRusso not bad, but not great either.

Importantly, we should also remember that despite all the fond memories that we may hold for "The Karate Kid" and its related adventures, this is a deeply silly story about a pair of middle-aged men obsessed with kicking each other in the face.

Any streamer realizes the power franchise titles hold over viewers who love them, and "The Karate Kid" still has plenty of pull among children of the '80s and their kids.  For super-fans, these new rounds at least provide a walk down memory lane by retracing Daniel's steps through "The Karate Kid II," where he journeys to Okinawa, Japan with his mentor and father figure Mr. Miyagi (the late Pat Morita) and "The Karate Kid III," which is basically a re-do of "The Karate Kid" except with a whole lot more rotten shenanigans from Johnny's eeeeevil master Kreese (Martin Kove) and a buddy from the 'Nam.

In its best episodes the show challenges the common entertainment dualism delineating good and evil and heroes and villains, additionally leading one to ponder which lessons parents should pass down to their kids. Johnny messes up throughout the series, and at the end of the second season his noble effort to steer his students away from his malevolent sensei's poisonous teachings ends in tragedy.

His students tear apart their high school by brawling with Daniel's, and in the end Daniel's star student Robby (Tanner Buchanan) – who's also Johnny's son – has put Johnny's star student Miguel Diaz (Xolo Maridueña) in the hospital.  Adding some soapy antics to the whole mess is a love triangle between Robby, Miguel and Daniel's daughter Sam (Mary Mouser).

That assertion is not entirely accurate, since the kids never would have been tossing one another into walls if they weren't acting as proxies in Johnny and Daniel's ceaseless rivalry. The hatred these two men have for one another can go on for decades, but in serialized entertainment terms focusing the story on that and little else is a swift journey to pointlessness.

This is the valley through which the third season travels, albeit with a brief business-related stop in Tokyo and Okinawa – a necessity, you see, given the series' devotion to resurfacing characters from the movies. For instance, Daniel happens to run into his summer fling Kumiko (Tamlyn Naomi Tomita). Unplanned and unannounced!

Johnny, meanwhile, struggles to regain Robby's trust and return to Miguel's good graces while also battling to understand social media, which sounds funnier than it actually plays out — and mainly serves the purpose of reminding us that Ali (original "Karate Kid" love interest Elisabeth Shue) reconnected with him on Facebook.

Separately each man takes steps to defend themselves and their students from Kreese, who makes it his mission to destroy Daniel-san because that's what Kreese does.

Kreese is a simple creature, see? He glowers, he growls, he snips at his cigars menacingly and keeps a venomous snake as the dojo's pet. His way involves bullying his students psychologically and encouraging them to bully each other. No mercy! Also, no point.

As the season progresses, Kreese becomes bolder and more aggressive, ordering his students to attack their rivals at Miyagi-Do at every given opportunity. Eventually it gets worse, with Kreese threatening Daniel and his wife Amanda (Courtney Henggeler) at their business, all in the name of … securing Cobra Kai's reputation for being "bad ass"? I guess? Cobra Kai teenage bullies run wild, attacking other kids, goading them into fights and even seriously injuring one of them, for no good reason. Characters who were once lovable are now awful.

Resurfacing Kove was a fun trick at the end of Season 1, and it also set up Johnny Lawrence's inevitable reversal of fortune in the show's second round. But "Cobra Kai" creators Josh Heald, Jon Hurwitz and Hayden Schlossberg and their writers fail to tease out Kreese's motivation for wanting to destroy the LaRussos and Johnny.

The third season dives into his backstory via flashbacks, for what it's worth. Still, even that doesn't explain why an old guy running a karate studio out of a strip mall in the San Fernando Valley – not exactly the makings of an up-and-coming kingpin – makes training armies of rampaging teenagers the driving mission of this retirement years.

Less forgivable is the shoddy squandering of one of the show's more interesting figures, who transformed from a mistreated geek into a ferocious but still somewhat likable beast. Season 3 makes him into a psychopath – and although the writers eventually resolve this heel turn, it is not believably earned. All of it culminates in a predictable ending, albeit with a touch of "Star Wars"-style daddy drama. This is what happens when a show based on a movie becomes tangled up in the net of its thin mythology.

"Cobra Kai" will move beyond this, never fear. Netflix acquired this season from YouTube after it decided not to continue developing scripted originals. A fourth has already gotten the green light; based on how this season ends, it promises to return to familiar territory. Circling back to the beginning is a trusted method of finding one way after getting lost. That could work.

Either way, nobody can be blamed for wanting to simply kick back, watch the new episodes and, despite their shortcomings, do as Kreese is fond of saying and "finish it." The third season isn't a knock-out, but if all you want is cheap excitement, it'll do.

Season 3 of "Cobra Kai" is currently streaming on Netflix.