List-making is a way to assert control in the face of uncertainty. But in 2021, America faces more difficult tasks 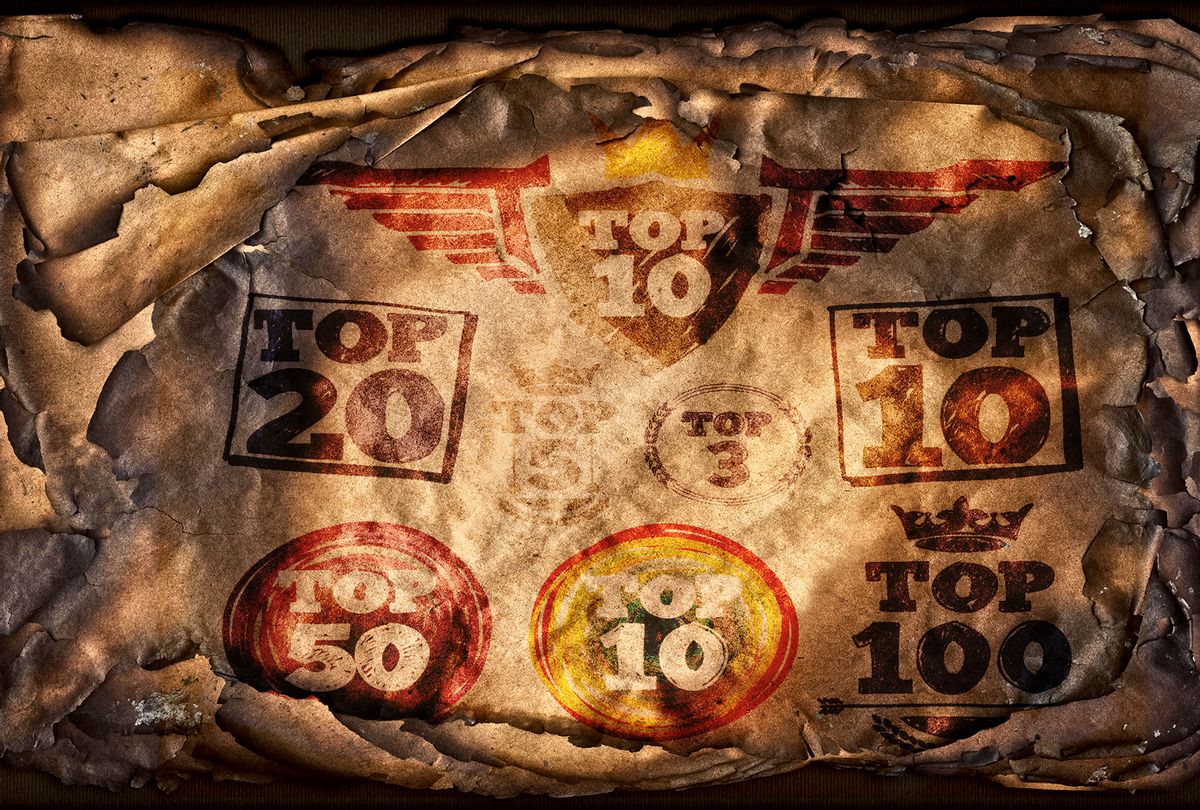 As always, the end of one year and the beginning of another is a time of lists.

There are "best of" lists for music, film, books, TV shows, video games and other aspects of popular culture "that mattered" in 2020, as deemed by the professional critics and others who supposedly have the elevated taste and habitus to make such pronouncements.

Other prominent voices, the gatekeepers, will proclaim that "these are the moments that mattered" in the year 2020 as they create a narrative for the year that was. Lists of that sort are a type of status-signaling — an exercise in social capital in which the truth rains down from the chorus of the elect onto the regular people below.

And of course, with Joe Biden (in all likelihood) being inaugurated on Jan. 20 and the Age of Trump in its present form mutating into some new monstrosity, there are lists of Donald Trump's foibles, most embarrassing moments and other low points. For those Americans and others smothered by Trumpism, in some cases literally, such lists are a way of celebrating his defeat. They function as a form of symbolic and temporary catharsis.

Ultimately, in this new year 2021, lists are being made by people everywhere. In their various forms they embody people's hopes, desires, promises, dreams, regrets and disappointments. Lists are also a way of maintaining control of one's life and destiny in the face of uncertainty.

The Age of Trump, with its resurgent fascism, white supremacy, violence, plague, death, attacks on democracy and civil rights and other forms of evil — and the larger social and political conditions that made Trumpism possible — is a world-historical event. There was a time before Trump and there will be a time after Trump, but Trumpism will be more than a footnote in modern American history. It will be the moment of a great pivot toward either the worst (another version of American fascism) or something much better (the beginning of a project of American renewal).

Whichever the outcome, lists collapse against the weight and meaning of world-historical events. How does one rank Trump and his regime's crimes against democracy, humanity, the environment and overall human decency?

Is the worst crime the hundreds of thousands of Americans who are dead because of the Trump regime's sabotage of coronavirus relief efforts? What of the many lives ruined and lifespans shortened, both directly and indirectly, through the resulting economic destruction and the Trump regime's willful negligence? How do we rank those horrors against the thousands of nonwhite migrants and refugees brutalized in Trump's concentration camps? What of the children stolen from their families (and likely to never be reunited with them) by Border Patrol and ICE agents? Where do we rank the Trump regime's empowerment of white supremacist and other right-wing extremists and their acts of political terrorism? Where on a list should we put Trump and his movement's undermining of American democracy and the common good? What of Trump and his inner circle's treasonous and seditious behavior, such as their ongoing coup attempt against the democratically expressed will of the American people? Should ranking the Trump regime's turpitude focus on the defamation done to the country's ideals and values, or the literal number of dead bodies and treasure lost and stolen?

Lists and other such heuristic devices are an attempt to assert one's agency, an effort to impose order or disorder. But the Age of Trump is not just one horrible thing, but many horrible things both overlapping and simultaneous.

At the Columbia Journalism Review, Jon Allsop writes: "History will surely view Trump's COVID fecklessness as among his very worst disgraces, if not his worst — yet for now, the suffering is so vast that it's hard to keep it adequately in perspective at all, let alone in terms of clear political accountability."

Quoted in a new essay at The Atlantic, sociologist Arlie Hochshild, author of "Strangers in Their Own Land," offers cautionary words about the true dimensions of Trumpism and the challenge ahead:

But the UC Berkeley sociologist Arlie Russell Hochschild believes that Trumpism is intimately tied — for now at least — to its namesake, because it exists beyond the logic of policy. It exists in the dreampolitik realm of feelings. "If there's one thing I think the mainstream press still gets wrong about Trump, it's that they are comfortable talking about economics and personality, but they don't give a primacy to feelings," Hochschild told me. "To understand the future of the Republican Party, we have to act like political psychiatrists."…

Hochschild is telling us that Trumpism is not just a garland of public-policy proposals that any other Republican can drape around his or her neck. And it is more complex than a personality trait, or a talent for saying mean stuff on Twitter. Rather, Trumpism is an emotional planet that orbits around Trump's star. Breaking the connection between Trump and the better part of the GOP will require either that Trump disappears (an unlikely proposition) or that a larger star emerges from the Republican backbench (also unlikely).

At the end of our conversation, I asked Hochschild what she's learned from the past four years. "I used to think of political identity as something more solid," she said. "I now think of political identity as like water that's always going somewhere, that needs to go somewhere, but where it goes depends on the lay of the land, the rock formations that stand in its way," she told me. She's still waiting to see where Trump moves the mountain.

To begin to properly make sense of the Age of Trump and its true dimensions will require critical distance and deep, slow thinking. This moment also demands that the full truth be revealed through public hearings, committees and other investigations.

To move forward properly, and to prevent another fascist authoritarian such as Donald Trump from taking power, the American people, in conjunction with responsible elites, must wring out every possible bit of truth from the soiled rag that is the Age of Trump.

Of course, some already want to cast that rag into the abyss of a memory well, never to be seen or discussed again. There will be many voices declaring that we must "let the past go," "heal and unify," resist "hysteria" or "forgive and forget." We will be told that President Biden is here to restore normalcy and it's time to "focus on the future."

At some point very soon and perhaps even on Inauguration Day, some pundit or other professional smart person who is a member of the "Church of the Savvy" will begin the work of "organized forgetting" by cannibalizing Abraham Lincoln's famous words: "With malice toward none, with charity for all."

That will not do. America needs a great reckoning to heal the damage caused by Trumpism and its followers, acolytes and leaders. That process will be time consuming. It will not be neat. In a country and society obsessed with speed, where selective forgetting and grand myths are core to the nation's character and political culture, there will be an enormous temptation to forget the Age of Trump almost immediately.

Thus, the compulsion by many Americans — especially those who are privileged because of their skin color and other identities — towards simple stories and superficial understandings of the country's past, present and future. Some future historian or other observer may well look back at these years and conclude that America's embrace of simple and easy solutions, in the service of organized forgetting, blinded it to the complex problems that would lead to the final downfall of a once-great democracy.