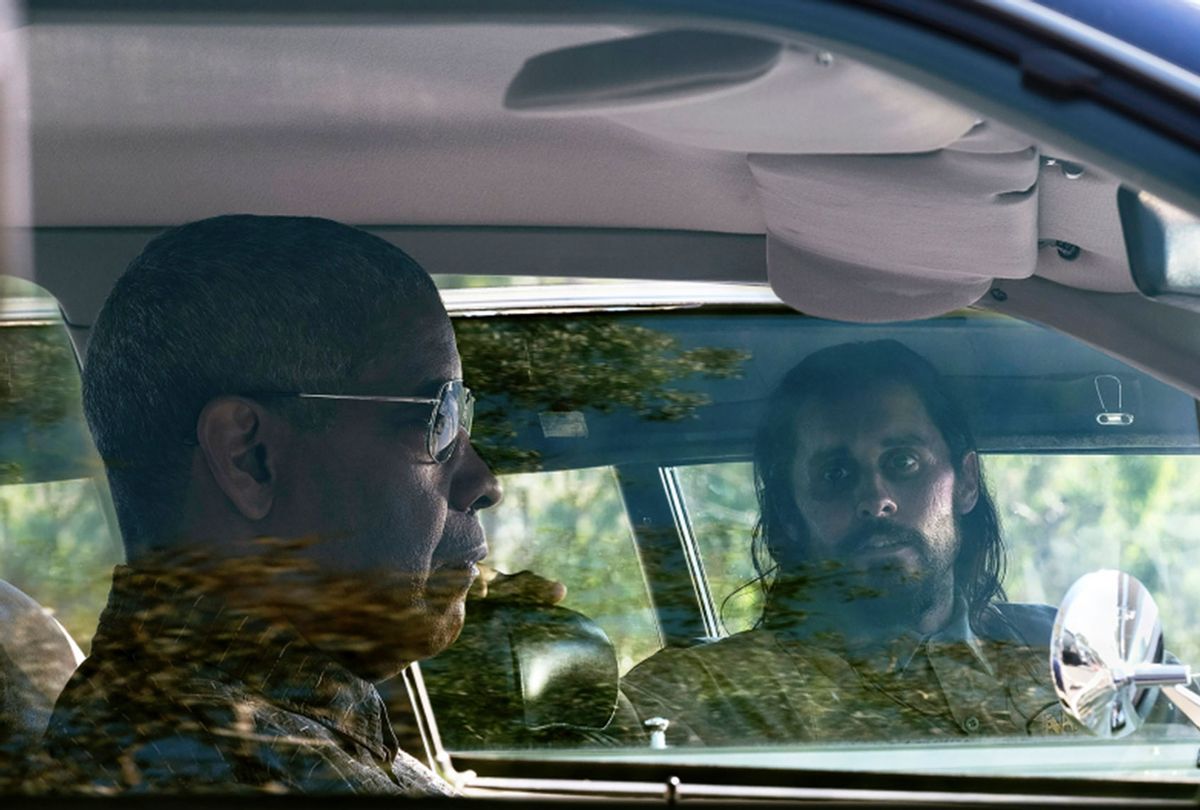 The New Year is upon us! And while many use this as an opportunity to look forward to new and innovative things, there's also something really comforting about indulging in things that feel undeniably classic — a crisp glass of Champagne, a simple bowl of pasta and a good movie.

Some fantastic options that are available on HBO Max this month. There's "The Arrangement," the 1969 film starring Kirk Douglas, Faye Dunaway and Deborah Kerr, which focuses on a successful Madison Avenue executive whose mid-life breakdown and failed suicide deeply impacts his wife, stress compounded by his affair with a much younger woman.

Rewinding a bit further, check out 1945's "Anchors Aweigh," which stars Frank Sinatra and Gene Kelly as a pair of sailors on leave who try to help a movie extra become a singing star. Stream "My Dream Is Yours" — starring Doris Day as a young unknown who scooped up by a talent scout — for a thematic double-feature (and maybe tack on "A Star Is Born," also coming to the platform this month, for good measure).

I also love "Guys and Dolls," and "On the Town," both of which are available until Jan. 31.

After Bruce Lee's death in 1973, his daughter found a collection of handwritten notes detailing ideas for a treatment for a show about the Tong Wars in San Francisco in the 1870s. Nearly 50 years later, that series finally made it to small screens as "Warrior," which originally aired on Cinemax.

While it wasn't renewed for a third season (at least on Cinemax), the first two seasons are coming to HBO Max. It opens on Ah Sahm (Andrew Koji), a Chinese immigrant with an American grandfather, arriving in San Francisco. Ah Sahm catches the attention of Chao (Hoon Lee) when he is overseen handily getting rid three police officers looking for immigration papers. Chao takes him to the Hop Wei tong, offering him to its leader, Father Jun (Perry Yung).

He eventually is taken to a brothel run by Ah Toy (Olivia Cheng); while there, he inquires after a woman whose photograph he brought from China. It turns out that it's his sister Mai Ling (Dianne Doan), who, after escaping her violent husband in China, is now the wife of rival tong leader Long Zii (Henry Yuk).

In this sun-soaked "go for your dreams" film, Dakota Johnson plays Maggie, the assistant to the imperious '90s pop culture diva Grace Davis (Tracee Ellis Ross). Grace is being urged to hang up the idea of releasing new material and finally assume a Vegas residency, but she's reticent and contemplates a new record. To that end, Maggie dreams of being a record producer and has secretly assembled a cut of Grace's new live album.

Meanwhile Maggie meets David, a cute musician (Kelvin Harrison Jr.), at a hip grocery store, and sets her sights on transforming him into a successful act. Will anyone see their dreams become a reality? Well, this is a very feel-good movie, which — after this dumpster fire of a year — provides a nice breather.

Shortly after "The King of Staten Island" released on video on demand in June, Judd Apatow spoke with Salon's D. Watkins about the film, which stars Pete Davidson as a wayward tattoo artist who lives in the wake of his father's death. The film is lightly biographical as Davidson's actual father, Scott Matthew Davidson, died while responding to the 9/11 attacks.

"Pete plays a guy named Scott who lives with his mom and his sister, and his sister is going away to college," Apatow said. "Now he's going to be living alone with his mom. He's in his mid-20s. He's kind of a loser. His mom hasn't dated since his dad died. He was a fireman who died in a hotel fire. Suddenly she starts dating another fireman, and it forces Pete to confront everything in his life that he's been avoiding about why he's not doing well."

This revealing, two-part documentary takes viewers through the life of legendary golfer Tiger Woods. It begins with his start in the game as something of a childhood prodigy, whose dedication to the sport catapulted him to fame and success — then explores his downfall when his numerous adulterous affairs became media fodder. This led to one of the most legendary comebacks in sports, when Woods won the 2019 Masters. "Tiger" provides an in-depth look at the highs and lows of Woods' life and legacy.

There's a lot happening in the fourth season of the hit show, "Search Party." A psychotic stalker named Chip (Cole Escola) is holding Dory (Alia Shawkat) prisoner and is determined to make her believe that they are best friends.

Elliot (John Early) has become a far-right conservative talk show host, while Drew (John Reynolds) is trying to escape his dark past by working as a costumed cast member in a theme park. Portia (Meredith Hagner) is taking a different tack, and is starring in a film about the trial — although not as herself.

In this irreverent update of the Bob Ross formula, John Lurie — the co-founder of musical group The Lounge Lizards — takes viewers into his home where he displays his watercolor techniques and talks about what he's learned in life. It's a mix of original music, art and cheeky life lessons.

This episode is a follow-up to the December special which focused on the aftermath of Rue (Zendaya) being left by Jules (Hunter Schafer), her best friend-turned-romantic interest, at a train station after she backs out of their drunken plan to run away and live in another city. In "F**k Anyone Who's Not a Sea Blob," we see the fallout from Jules' point of view.

Academy Award winners Denzel Washington, Rami Malek and Jared Leto star in John Lee Hancock's suspenseful psychological thriller about two California sheriffs and their growing obsession with a suspect while embroiled in the search for a killer who targets women.

Here's everything coming to HBO Max this month.

Jan. 22
"The New Adventures of Old Christine"
"Painting With John"

Jan. 24
"Euphoria Special Episode Part 2: F*ck Anyone Who's Not a Sea Blob"