Easy comfort food for fall: This creamy pumpkin sage pasta lets a can do most of the work

With just a few swaps, this cost-efficient pasta can easily be made into a hearty vegan meal too 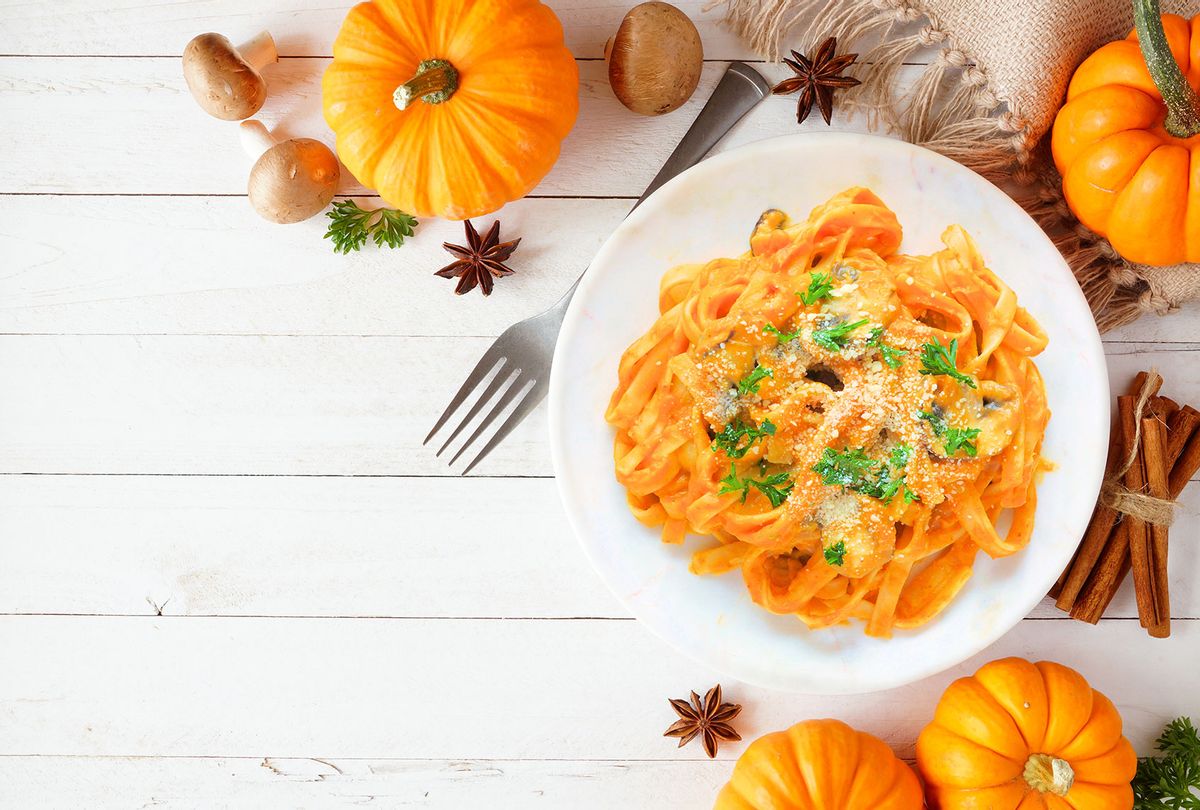 Like many food lovers, most of my extra time at home during the pandemic — especially during the early months — was spent in the kitchen. I was ambitious to start: I baked loaves of bread that always came out just a little too dense; I meticulously braided strands of babka with cocoa powder-stained fingertips; I read that soup dumplings should have a total of 18 pleats (it's lucky and who couldn't use a little extra luck right now?) and tried my best to hold and fold the flimsy wrapper without snagging it with my nail.

I tried and failed for most of them. I'd get close — 13, 14, 15 pleats — and run out of dumpling. But out of the batch, I'd get two or three that seemed just perfect, and that felt like enough to maybe, just maybe, change my fortunes. I was putting in the work, so why not?

But then I came down with a nasty case of what I've dubbed "culinary burnout," hence the name of our new Salon series, "Burned Out."

I described it in the series' first column like this: "You stare into your pantry or refrigerator, assessing the contents, and even just the thought of pulling out items and trying to assemble them into something that resembles a meal is exhausting. I know myself, and this typically happens after I've poured a lot of concerted energy into meal-planning without a break, likely punctuated by a multistep project recipe."

That's when I knew it was time for a hard reset. I was craving comfort, but more than that, I was craving ease. This pasta recipe, where canned pumpkin does most of the heavy lifting, satisfies both those desires. The pumpkin and sage flavor combination is a nice nod to autumn, but it's light enough that it's fit for late summer.

For a recipe that is so simple — it comes together in about 15 minutes — it offers a lot of opportunity for diners. For a quick, cheap dinner, this pasta is great straight out of the pot as-is (with maybe just a sprinkle of parmesan cheese). But it's also mellow enough that it serves as a great base for a more well-rounded meal. Some of my favorite add-ins include hot Italian sausage, crispy mushrooms, hearty greens and roasted winter vegetables.

1. In a medium saucepan, melt the butter over medium-high heat. Add the minced shallot and the garlic and cook, stirring occasionally, until browned.

2. Add the chicken stock and canned pumpkin to the mixture and bring to a simmer.

3. Stir in the heavy cream, sage leaves and cayenne pepper and reduce the heat to medium. Allow to cook for about 10 minutes — enough time for the sage flavor to really emerge — while stirring occasionally.

4. Meanwhile, cook your pasta in a large pot according to the package directions. Reserve about a cup of pasta water, then strain and place back in the pot.

5. Time to combine! Fold the pumpkin sauce into the pasta until all the noodles are covered. If the sauce is too thick, add the pasta water a little at a time. Season with salt and pepper to taste.