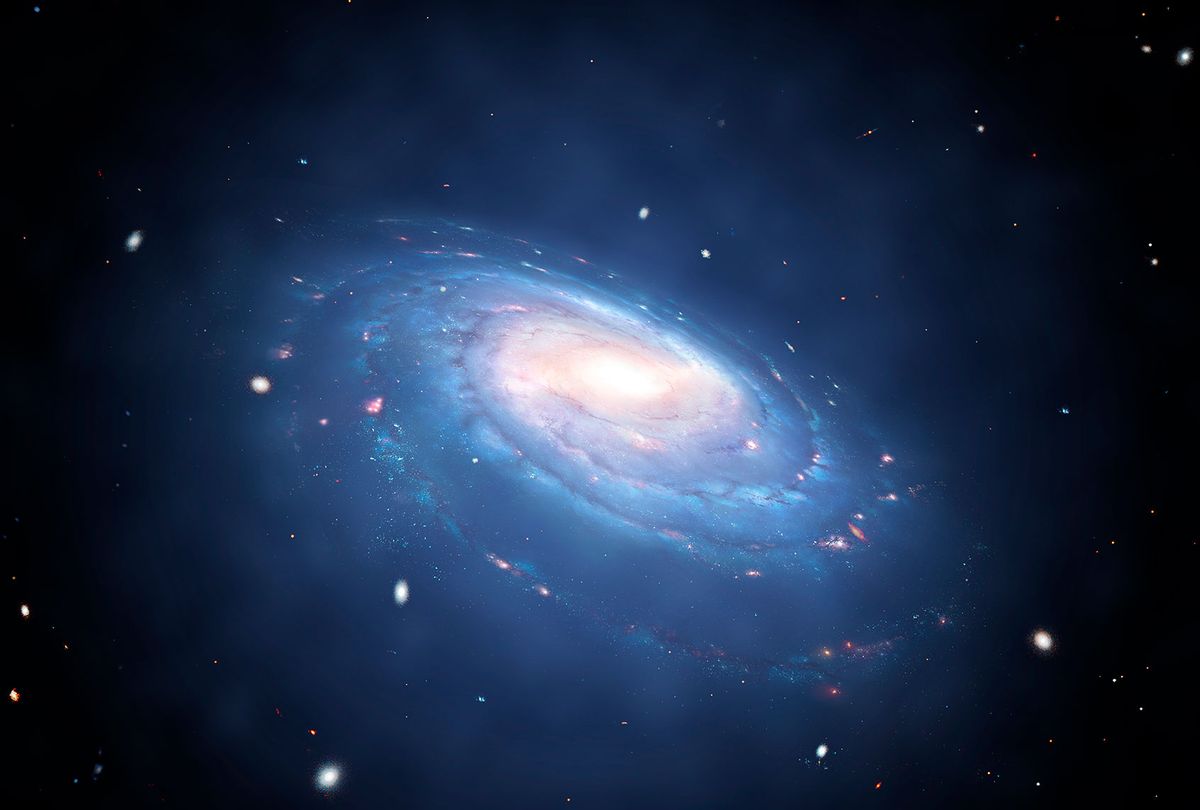 Astronomers estimate there are nearly 100 billion stars in the Milky Way galaxy, orbiting around our galaxy's common center of mass that consists of a supermassive central black hole. Just as the planets closer to the sun have higher orbital velocities, the stars orbiting closer to the central point of the Milky Way are absolutely screaming through space. And on rare occasion, a star orbiting near the center of the Milky Way, known as the halo, is tugged in just the right way that it manages to pick up enough speed and escape our galaxy's pull.

Known as high-velocity stars, many of these former members of the Milky Way's halo break free and become intergalactic roamers, unbound by any galaxy's gravity. This is only possible because of the extreme astrophysical processes involved.

The unusual properties of these galactic escapees has intrigued astronomers. Now, according to a new study published in The Astrophysical Journal Supplement Series on Dec. 17th, there are far more of them than previously thought in the Milky Way's halo — nearly double the total number of high-velocity stars previously believed to exist.

Dr. Li Yinbi, lead author of the study, told Salon via email that the new discovery was a surprise, and only increases the likelihood that astronomers will discover more.

"I think there will be more high velocity stars to be discovered in future, but we need to wait for a while," Yinbi said.

Yinbi and and her co-authors analyzed data from the  Large Sky Area Multi-object Fiber Spectroscopic Telescope (LAMOST). LAMOST, which is based in China, can observe about 4,000 celestial objects in one exposure. It is the telescope with the highest spectral acquisition rate in the world.

Yinbi said that learning about these high-velocity stars, especially the ones that will escape our galaxy, will further our understanding of our own galaxy and of black holes. High-velocity stars are believed to be the result of a combination of extreme gravitational forces, like supermassive black holes. The ones originating from outside the Milky Way may have been ejected in a collision between two galaxies.

Indeed, understanding the formation of galaxies in the early universe and how they've evolved can be a challenge to researchers given the distances and time spans involved. But high-velocity stars in general, even those that don't orbit fast enough to leave, are worth studying in depth.

Indeed, high-velocity stars "can be used to investigate many problems," Yinbi said. "For example, are there other mechanisms that can produce them? Do other galaxies produce high velocity stars of currently unknown types? What is the produc[tion] rate of different types of high velocity stars, and are they the same?"