Donald Trump told us who he was from the outset. Why is anyone surprised that his clumsy tyrant act led to this? 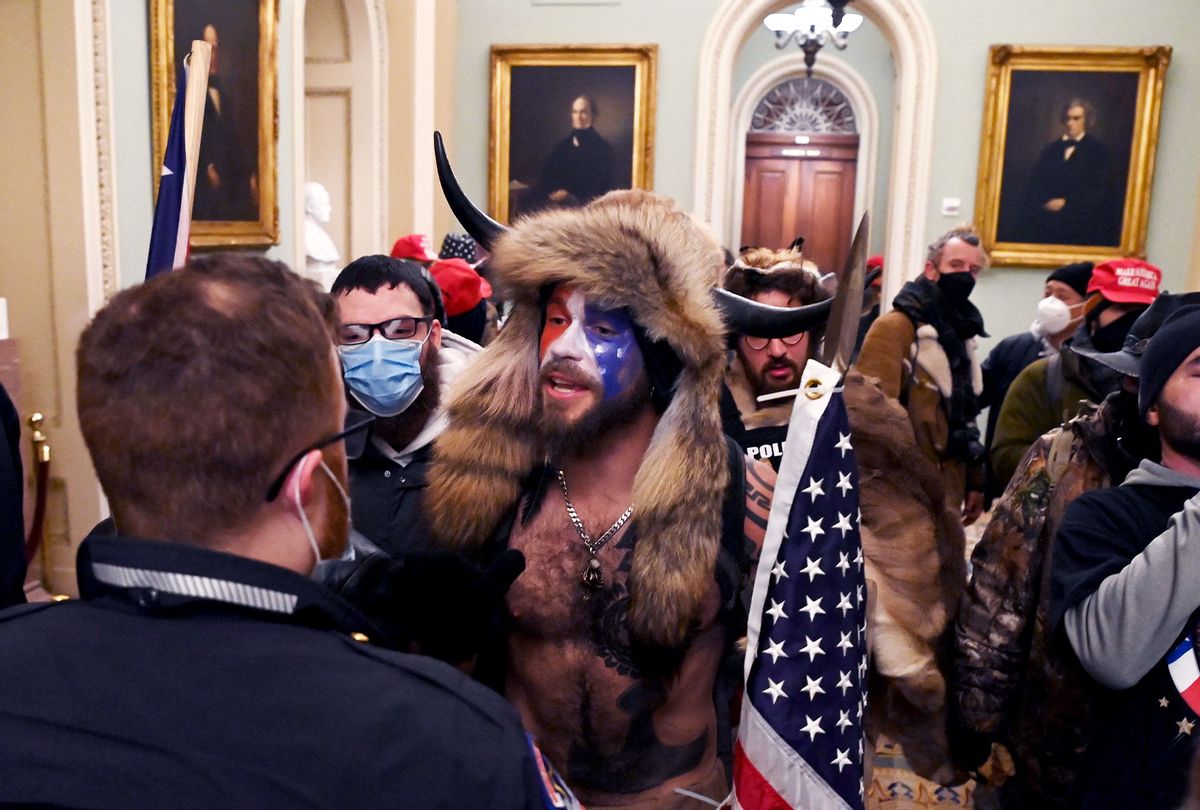 Supporters of US President Donald Trump enter the US Capitol on January 6, 2021, in Washington, DC. - Demonstrators breeched security and entered the Capitol as Congress debated the a 2020 presidential election Electoral Vote Certification. (SAUL LOEB/AFP via Getty Images)
--

If nothing else, Wednesday's insurgency-cum-riot on Capitol Hill should serve to sideline a few insouciant, above-it-all pundits who quietly enjoyed Donald Trump's upstaging of liberals, even as they assured us that ultimately we had little to fear from him.

"He Won't Concede, but He'll Pack His Bags" was the headline on Atlantic writer Graeme Wood's pre-election column of Oct. 15, which informed us that although Trump "has signaled that he's willing to plunge America into chaos in an effort to remain in the White House … we should remember that Trump had a vision of the presidency that began with extreme laziness, and that the end of his presidency could go roughly the same way. … [A]ll evidence suggests that he would run from the responsibility … of overseeing the violent fracture of America."

Well, maybe. Early on Thursday morning, perhaps feeling utterly cornered at last, Trump promised an orderly transition. Maybe New York Times columnist Ross Douthat was right to assure us, on Oct. 10, that "There Will Be No Trump Coup." Douthat offered a "final pre-election case for understanding the president as a noisy weakling, not a budding autocrat. Across the last four years, the Trump administration has indeed displayed hallmarks of authoritarianism. … But it's also important to recognize all the elements of authoritarianism he lacks. He lacks popularity and political skill, unlike most of the global strongmen who are supposed to be his peers. … Our weak, ranting, infected-by-Covid chief executive is not plotting a coup, because a term like 'plotting' implies capabilities that he conspicuously lacks."

Well, maybe. But Douthat — whom I've characterized as a casualty of Ideological Displacement Syndrome — also worried that with "liberalism poised to retake presidential power," it had become "a more dominant force in our society, with a zealous progressive vanguard and a monopoly in the commanding heights of culture." The liberals' return to power, he warned, "won't be the salvation of American pluralism; it will be the unification of cultural and political power under a single banner."

Again, maybe. But begging Douthat and Wood's pardon, what I think we've witnessed on Capitol Hill is pretty much what I predicted in March of 2016, as Trump was rampaging through that year's Republican presidential primaries, demolishing both that party's and the Democratic Party's establishments:

Armed, racist American goons and drooling fools who are circling liberal democracy's proverbial town meetings in our nightmares … weren't born to do what they're doing now, nor were they all disposed to do it back on the playground. The quiet little stabs of heartbreak and self-doubt that accumulated in tiny increments in their young lives as their parents lost jobs, pensions, homes, mutual respect, and public moral standing have  blossomed into open resentment seeking the right target.

How many of us remember that when Trump was inaugurated on Jan. 20, 2017, his transition team had discovered that the president has complete command of the National Guard unit of the District of Columbia, and that it informed that unit's commander, Errol Schwartz, that his dismissal would be effective precisely at noon on Inauguration Day, in the middle of the ceremony, so that he wouldn't even be able to welcome back the troops he'd sent out that morning.

Two days before the inauguration, that decision was reconsidered, and Schwartz was granted enough time to finish the ceremony and wrap up his affairs. I warned about all this in a long essay entitled, "The Die Is Cast: Why Trump Can't Help but Try Dictatorship." But according to multiple reports, the National Guard only showed up on Capitol Hill on Wednesday afternoon on Mike Pence's orders, in consultation with aides and congressional leaders.

Trump is indeed unequal to Vladimir Putin in orchestrating tyranny. Yet his impulses resemble what 18th-century historian Edward Gibbon described, in "The Decline and Fall of the Roman Empire," as the formation of the Roman emperor Augustus' Praetorian Guard after an enfeebled, terrified Senate granted him "an important privilege. :.. By a dangerous exception to the ancient maxims, he was authorized to preserve his military command, supported by a numerous body of guards, even in time of peace, and in the heart of the capital."

So far, what I and many of us feared years ago hasn't quite happened. But Trump's inaugural denunciations in 2017 of "politicians who prospered as jobs left and factories closed" — coupled with his vow that the "American carnage" caused by the hiring and buying of foreign people and products and deepened by crime, gangs and drugs "stops right here, stops right now" — left him no choice but to humble or destroy all "politicians" who resist him.

Just look now at the Republicans, as well as Democrats, whom he's thrown under the bus. Let's hope we can look at this moment as a historic one in which, once again, most Americans told Trump and the tens of millions of their fellow citizens who have indulged his armed goons and drooling fools that, as President-elect Biden said during the upheaval: "Enough is enough."