In a lively second season, the death-obsessed poet weighs the risk & reward of stepping beyond the room she knows 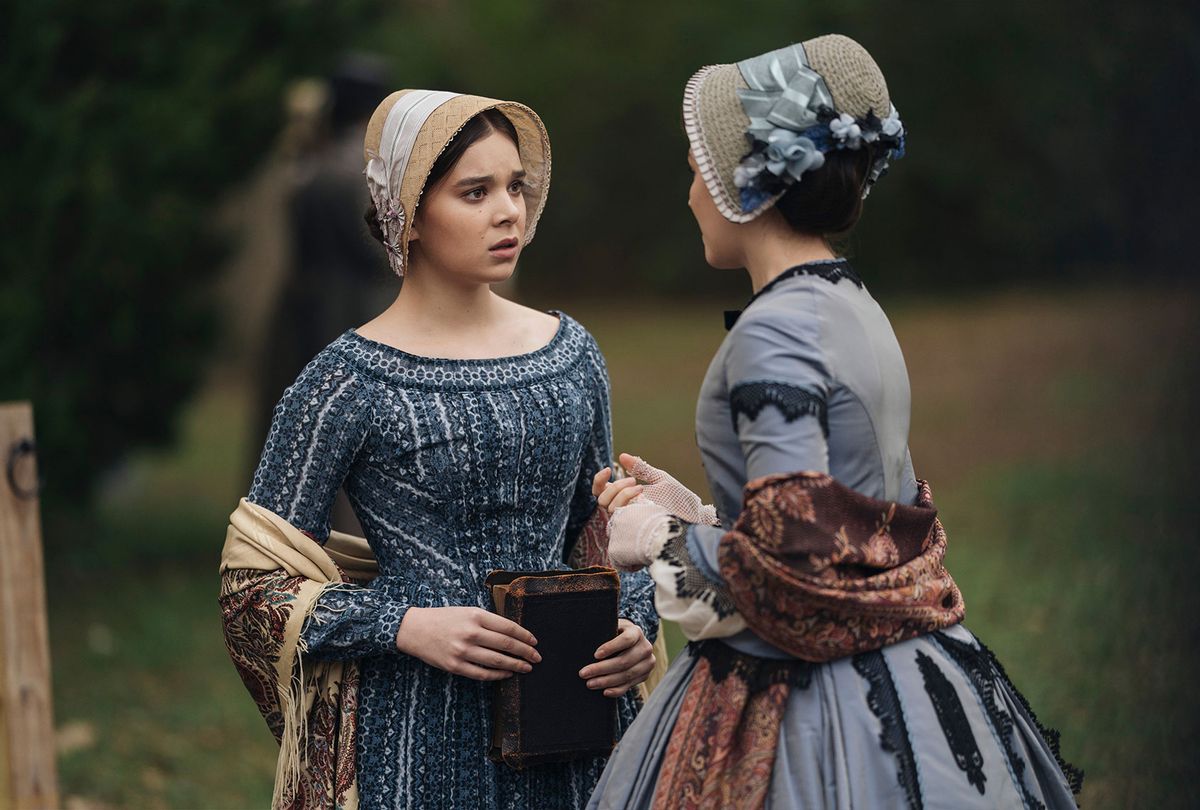 "Fame is a bee." When Emily Dickinson wrote this she could not have imagined Instagram and Tik Tok, let alone television. All these mediums have broken down the gates that once excluded ordinary rabble from the realm of celebrity. Some would say it makes the notion of stardom less special. But each of these social media platforms is defined by the temporary appeal of a performance. Works that take flight are short, viral hits that achieve buzz vanish soon after into obscurity.

Even back in the 19th century, when newspapers were the primary arbiters of who or what was worth knowing, Dickinson understood fame's impermanence and the risks and wages involved in pursuing it.

Fame is a bee.

"Dickinson" is rising to its own song's crescendo in a confident second season, continuing the anachronistic charms established in its first and buzzing even more vibrantly with bright wit. Hailee Steinfeld's poet may have emerged from mourning a love that was not to be but is still death-obsessed as ever; she thinks of the end as friend and counsel.

Series creator Alena Smith digs into that aspect of Dickinson's reputation by making Death a recurring a character (played by an elegantly dressed Wiz Khalifa), and now that they're well familiar with one another, he enigmatically encourages her to figure out the difference between fame and immortality, and decide which she truly desires.

Aside from her poetry the real Emily Dickinson's defining quirk was her introversion; she rarely left her room in the final years of her life, preferring to evaluate the human condition through verse. She would be a role model for self-imposed isolation and a handy figure for these times if a person never experiences Steinfeld's Emily, a vivacious if aggressively private young woman whose ambition slams against the oppressive patriarchal norms of her era.

This Emily's first brush with fame happens not by way of a poem's publication, but through a cake baking contest at the annual cattle show. And her approach to the challenge is devoid of the gentle etherealness of her writing.

"I am going to give this town a moist, sticky, generously spiced ass-kicking!" she yells after her black cake passes her family's a taste test . . . and true to her word, she does. This victory is part of Dickinson's history; otherwise, there's no sense in including it in the plot. At any rate, writer Rachel Axler bakes up her own generously spiced version of the circumstances surrounding her win in the episode "Fame Is a Fickle Food" by showing how Emily handles overnight celebrity on a limited level.

Suddenly the town's catty gossips are eager to claim her, all because her recipe is going to be published in the local newspaper. Last year's winner is trash! Best cake ever! But none of that matters to Emily because cakes, like fame, are temporary delights soon devoured, digested and forgotten. Great ideas can live in the world forever . . . but is she willing to relinquish the paper that holds them?

Much about this new season of "Dickinson" feels more alive and humorous than its excellent first while maintaining the tension that makes its heroine real to us. With Emily and her father Edward (Toby Huss) having reached some version of detente with regard to her avocation Huss seems more relaxed in his role, emphasizing the affection father and daughter famously share instead of the ways they may have clashed.

Together with Jane Krakowski's comedically graceful performance as the poet's mother Emily Norcross Dickinson, the pair adds a wonderful layer of down-to-Earth realism to the fantasy of a 19th century America punched up by slang and an abundance of needle-drops. (LunchMoney Lewis' "Make that Cake" is a memorable choice to highlight Emily's best-in-show triumph, for example.)

"Dickinson" modern stitching throughout its scripts is one of its great strengths, and as the poet feels her way through the minefield that is fame and figures out what it means to be famous the show nods to the more frivolous debates fluttering through our day to illustrate her conflict. When someone in her social orbit suggests they start a book club and floats Ralph Waldo Emerson as a possibility, another scoffs, "Emerson is canceled." That's good for a laugh, and it also alerts Emily to how quickly fans turn to haters.

Lingering romantic feelings for her best friend Sue (Ella Hunt) deepen this season despite Sue's marriage to Emily's brother Austin (Adrian Enscoe), and their extravagant spending to show off their wedded bliss takes their subplot and Emily's career in a new direction: the newlyweds transform their house into a social hub, hosting salons and performances.

One of these is the entry point for taste-making publisher Sam Bowles, who Finn Jones ("Game of Thrones") realizes with an appropriate blend of allure and smarm. Mr. Bowles finds Emily's poetry fascinating, and Emily herself even more so, and it goes without saying that he's probably a bad idea to fall for. But then, heartbreak is fodder for the best poetry. (On that note, one of the literary figures that shows up this season is Edgar Allen Poe, played by Nick Kroll, who has quite an act to follow after John Mulaney's portrayal of Henry David Thoreau as a spoiled man-child.)

Where the actual Emily Dickinson's work achieved literary eternity by evoking vast and powerful imagery through an economy of words, "Dickinson" flourishes with its sumptuous scenery, costumes and set pieces. There are aspects of this new arc that probably only work because Steinfeld is skilled enough to sell them, such as a recurring manifestation of a haunting figure only she can see (Will Pullen), a ghostly representation of her poem "I'm Nobody! Who are you?"

This is a visual representation of the choice she faces in coming out of her shelter and putting her word in front of the world, subjecting it to consumption, praise and judgment, but there are times when this spirit's appearance borders on overuse.

"Dickinson" also strains in its effort to acknowledge the burgeoning abolitionist movement happening in the family's midst, in part because of the series' blurring of racial boundaries among its elites. Giving comedian Ayo Edebiri ample screen time in the balance helps to mitigate some of the subplot's situational ungainliness; besides, this subplot adds some perspective to Emily's personal conundrum. Fame is a privilege Black writers forced to work anonymously would love to enjoy but are denied in the era, otherwise their lives would be at risk.

That's the sting of it, and "Dickinson" doesn't pretend that isn't part of the story. But the rest is a sweet wonder emphasizing sincerity along with the droll, inviting us to tie ourselves delicately and reverently to a self-described Nobody, and love the way this heightened version of her story makes solitude and anonymity look fabulous.