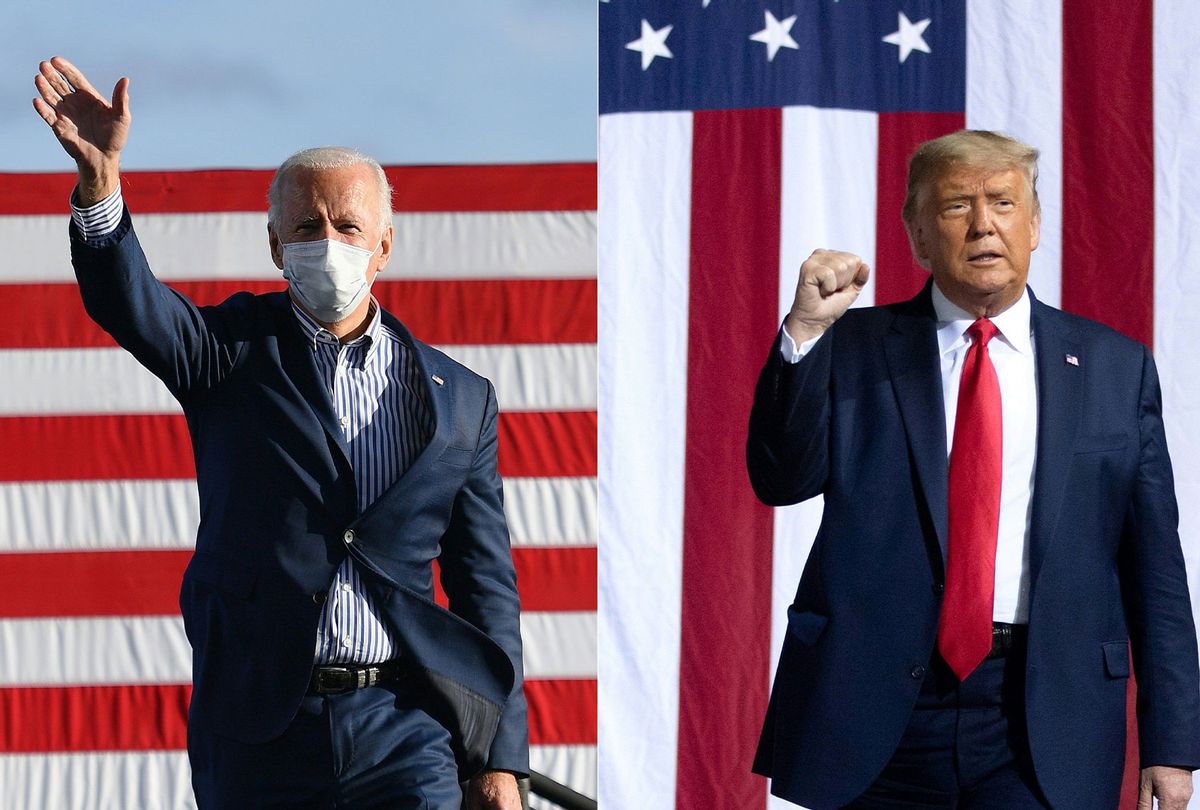 Donald Trump is not breaking precedent by refusing to attend President-elect Joe Biden's upcoming inauguration — but he is the first to do so after trying to foment a coup so he could stay in power despite losing his reelection campaign. That is an absolutely crucial distinction between Trump and his predecessors.

First, a quick look at the other outgoing presidents who boycotted the inauguration of the next-in-line. This list excludes those who did not attend for non-malicious reasons. Martin Van Buren missed William Henry Harrison's inauguration for unknown reasons, Woodrow Wilson was medically unable to attend Warren Harding's swearing-in after suffering a stroke and Richard Nixon skipped Gerald Ford's inauguration because he had just resigned in disgrace due to the Watergate scandal.

There are, however, three other presidents who boycotted their successors' inaugurations for personal reasons.

John Adams, America's second president, was angry at what he perceived as a vicious campaign by his opponent Thomas Jefferson. His son, John Q. Adams, refused to go to Andrew Jackson's inauguration both out of contempt for his rival and because he feared for his life. Finally, there is Andrew Johnson, who had been impeached the previous year (the first American president to experience impeachment) and felt unwelcome at the inauguration of the successor whose party had impeached him, Ulysses S. Grant.

Yet it is essential to realize that Adams, Adams and Johnson all accepted the legitimacy of their opponents' victory. Indeed, while the first Adams may have been ungracious by skipping Jefferson's inauguration, he did something of tremendous historical consequence by handing over power at all. The 1800 election was the first in American history in which a sitting party was defeated and as such was a critical test for the democratic experiment: It could only work if a party that sought to stay in power and lost would willingly give up that power to their rival. Jefferson later praised Adams' acceptance of the voters' verdict as "revolution of 1800" because it established that the American government would be controlled "by the rational and peaceable instrument of reform, the suffrage of the people."

While neither the younger Adams nor Johnson did anything as historically noble as the first Adams, they still did not question their rivals' right to serve. John Q. Adams deplored Jackson as a foul-mouthed, dishonest and ignorant bigot (and he was absolutely right), but accepted that he had been shellacked in the 1828 election and ultimately found post-presidential solace in being elected to the House of Representatives. Johnson, by contrast, was put off by the fact that Grant refused to share the carriage that would have transported both of them to the swearing in, and between that and his recent impeachment decided to close his presidency by working from his office rather than honoring Grant.

Trump, on the other hand, has always insisted that he will not accept an election's results unless he is the winner. He did this on numerous occasions during the 2016 Republican presidential primaries, the 2016 general presidential election and the 2020 general election campaign. On its own, this does not necessarily make Trump's refusal to join Biden especially ominous; Trump has as much of a right to embarrass himself with a petulant display as did Adams, Adams and Johnson. Yet the symbolic import of that petulance was radically changed on Wednesday after Trump egged on thousands of his supporters to storm the Capitol, telling them that "you'll never take back our country with weakness. You have to show strength and you have to be strong." By all accounts, he deliberately delayed calling off the riot because he was angry at Congress and Vice President Mike Pence (who is attending Biden's inauguration) for not overturning the 2020 election (which they did not have the authority to do).

Context matters. If Trump had never encouraged his supporters to riot in the Capitol and had instead conceded after Congress certified Biden's victory, his refusal to attend Biden's inauguration could be perceived as mere shameful spite rather than an overt display of anti-democratic symbolism. Yet he did encourage them to riot, and they followed his lead, marking the first time the Capitol has been overrun by hostile actors since the British invaded Washington in 1814.

The only question that remains now is whether Trump, like dozens of the other rioters, will face criminal charges for his actions. His refusal to attend Biden's inauguration is not a crime on its own — and it is not unprecedented — but the fact that it caps off his effort to reverse a legitimate and democratic election with a violent coup makes it an undeniable attempt to further delegitimize Biden's presidency. It is the rotten cherry on top of the fascist sundae that is Trumpism.