How to make a perfect French 75, the gin cocktail with the welcome effervescence of sparkling wine

Ask the Oracle Pour: What should I drink today? All signs point to the French 75 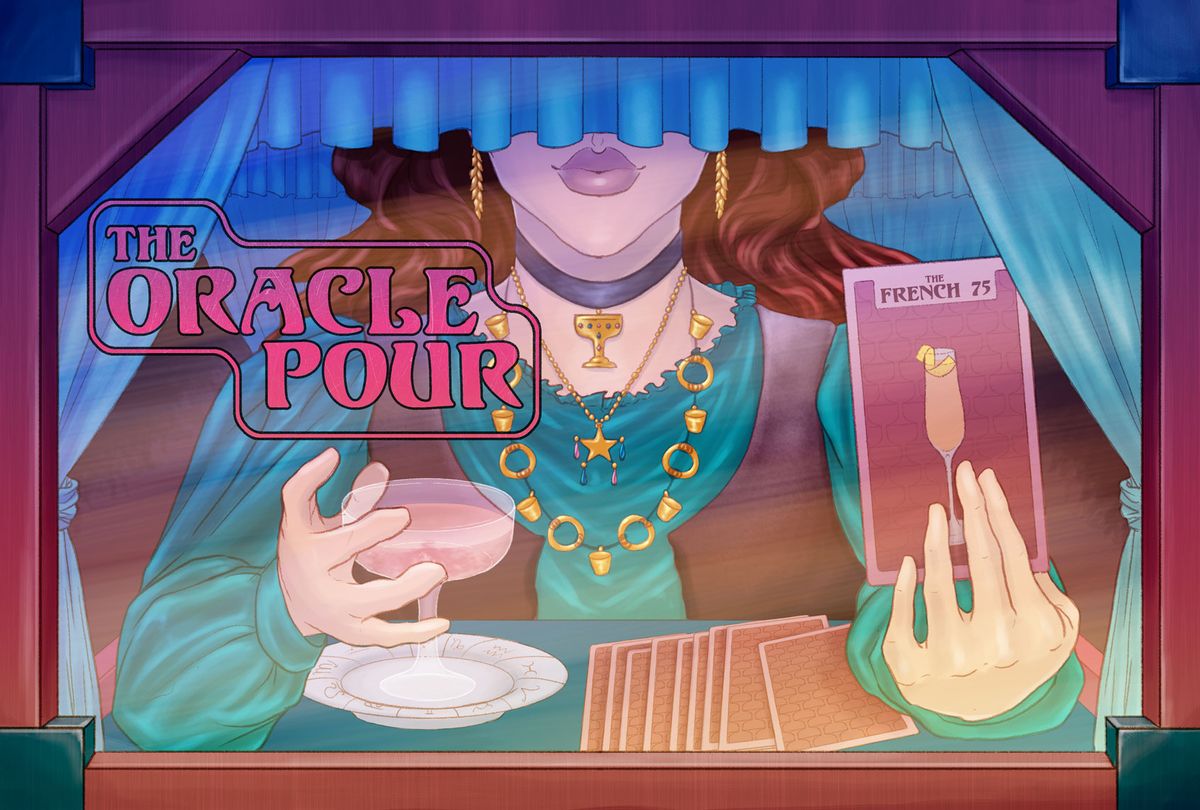 In her book "How to Read a Poem and Start a Poetry Circle," poet and friend of the Oracle Molly Peacock writes, "I first fell in love with the word 'joy' because it had a circle inside." She points out how the embedded O in the middle of the word mirrors the O of the mouth: shape of surprise, delight, awe. All things that have been scarce in recent times, and for some of us even longer. It is to be expected. We have had to take refuge in our own little chambers, cut off from the rest of the heart.

We have entered the endless scroll in search of it and found at best, with apologies to the headline writers, flashes of passing pleasure: "Brad Pitt's Tremendous, Low-Key Fit Is Exactly What We Need Right Now." Or maybe it is all we can absorb in the moment, given our atmosphere of sinister glooms, ambient and activated.

True surprise with the power to jolt us into the present has been elbowed aside by the cynical, nerve-jangling jump scare; sincere expressions of delight first atrophied, then cramped into timid grimace: What is this sensation? And when will it be taken away?

I wish I could tell you that an era of joy is just around a corner we're close to clearing: New year, new you, new us, new world. But that's not how it works. Our laggardly renewal will sidle up to us on its own time, sleepy and shy, still clad in the scrubs it slept in, unable to remember which syllable in party gets the stress. It will need to re-learn whether it prefers, when holding hands, to be the palm facing up or down. You would like to get it a drink — anything it likes — what will it be? Oh, it will say, at a loss when faced with all the possibilities the world can offer, as it leans back and contemplates the ceiling, savoring this moment of connection, knowing it might pass as quickly as it arrived and that the memory of it might have to sustain it through much darker times than that from which it just emerged, with a momentarily satisfied wave of its hand, surprise me.

That moment's not here yet, but we can practice with the delightful French 75 in the meantime.

Said to have been created circa 1915 by Harry McElhone at the New York Bar in Paris (McElhone was Scottish, go figure), the French 75 is an easy cocktail for home toasts to the resolution of complex situations that have turned out, despite the odds, to be less horrible than presumed.

A bartender once told a friend of mine that the French 75 is "the quintessential girl drink," and while I have good reason to believe this particular man meant it for it to land as a neg, I will suggest that if you have avoided this drink because some mixologist got his misogyny on it, you might consider rejecting his imposed narrative and embracing its feminine energy instead. Tart but never cloying, the French 75 mixes the medicinal clarity of a London Dry gin with the welcome effervescence of sparkling wine and lemonade — like that dear friend who has a knack for telling you exactly what it is you need right now.

There are many ways to remix a French 75, but here is the straightforward, simple version.

You don't need any specialty equipment to mix a simple cocktail. Improvise with what you have; take a hammer to a baggie of ice if you want. But here's what I keep at hand:

Fill a highball or other tall and skinny glass with cracked ice. (You can also skip the cracked ice if you prefer a less bracing chill, or want to serve in a champagne flute.) Shake the gin, lemon juice and simple syrup with ice. Strain into the glass, and top with champagne.

Swap the lemon juice for another citrus like blood orange, or use vodka as your base spirit to make a French 76. For a hint of cottagecore, make a lavender simple syrup: Add 2-3 tablespoons of dried culinary lavender buds to the water, then boil. Add the sugar, then simmer for 15 minutes. Turn off the heat and let steep for an hour, then strain the lavender out before cooling.