Like the dinosaur butthole whose discovery was announced last month, this fossil involves soft tissue preservation 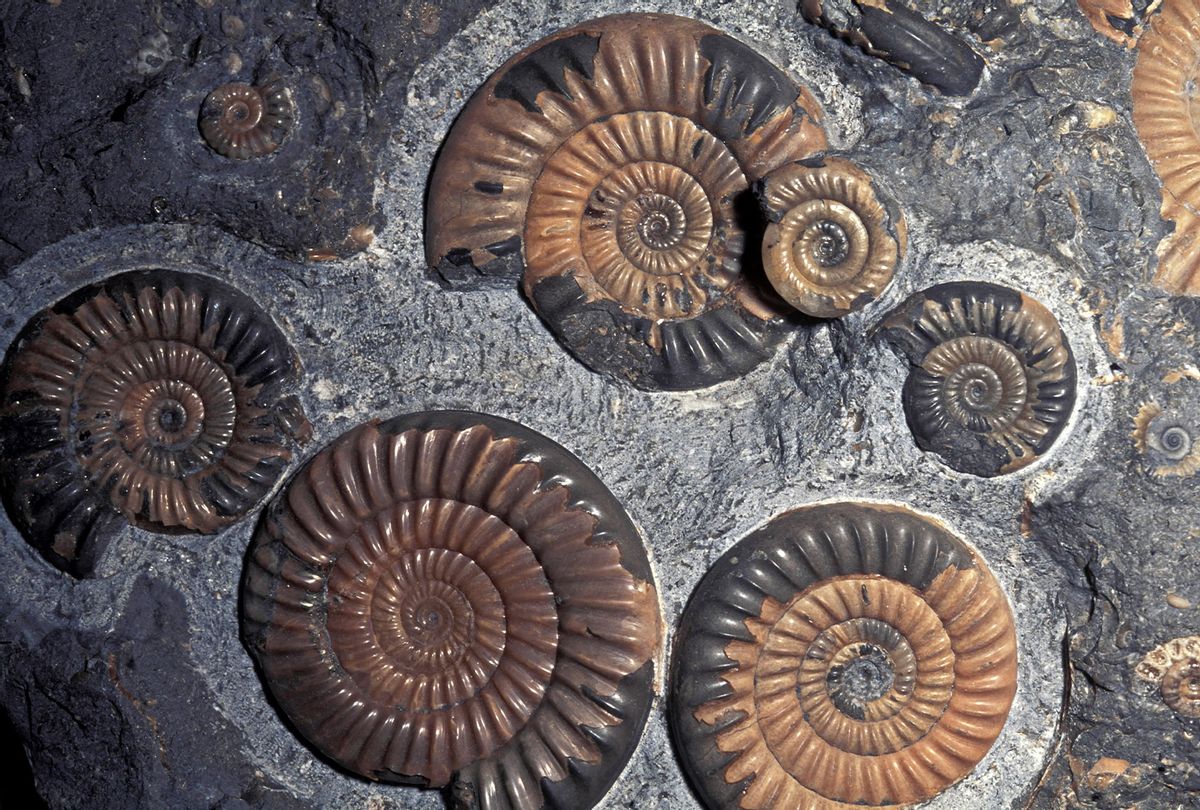 The word "fossil" tends to evokes calcified bones or shells — the "hard" body parts of an animal that died long ago. That's partially because it is very rare for soft tissue — literal flesh making up organs — to be preserved for millions of years. Soft tissue tends to decompose, be eaten by predators or scavengers, or get destroyed through forces of geology and/or nature over time.

Yet every so often, some soft tissue does get preserved in fossil form. And when it does, it's an exciting opening for biologists in that it helps them understand how ancient lifeforms functioned.

Such was the case with an ancient cephalopod analyzed in the Swiss Journal of Paleontology. The term "cephalopod" refers to a type of mollusc that has a prominent head, a collection of arms and tentacles and a symmetrical body structure. They also tend to be very intelligent, regardless of whether we're talking about famous cephalopods like octopuses and squids or their more obscure relatives, the cuttlefish and the nautilus.

This means that one unlucky ammonite, an ancient cephalopod that lived during the Late Jurassic period about 150 million years ago, was probably smart enough to be all too aware of its horrifying predicament. The little critter, which depended on its shell to survive, somehow was ripped away from its protection and left to die on the ocean floor.

What was bad news for the ammonite, however, turned out to be good news for human scientists in the far future.

As reported in the aforementioned study, the fossil of an ammonite that had been removed from its shell roughly 150 million years ago was discovered in southern Germany. What is remarkable about this ammonite, however, is that the ammonite's fleshy remains were never picked apart by predators or bacteria, allowing it to be preserved for future scientists' delighted edification. Because this particular ammonite died at the bottom of an oxygen-deprived lagoon, its soft tissue was preserved.

"Like Nautilus, they had an outer conch with many chambers inside, which enabled them to be neutrally buoyant and thus to swim with little effort," Dr. Christian Klug, a paleontologist at the University of Zurich in Switzerland and the first author of the paper, wrote to Salon. He went into further detail about what they learned about the animal's anatomy:

"The soft parts like the digestive organs, reproductive organs, heart, gills, muscles etc. were situated in the last part of the coiled conch, the so-called body chamber," Klug explained. He noted that "most ammonoid conchs were coiled and had chambers. The chamber walls were vaulted," meaning they had arches, starting "a little in the middle and increasingly vaulted outward."

Klug described how these walls, or septa, "were attached to the inside of the coiled shell tube. The line of attachment becomes visible, when the shell is weathered away. These lines are called suture lines."

He noted that this is a much more complex anatomical structure than existed in earlier periods in Earth's history, such as in the Early Devonian (400 million years ago) when these lines were much simpler. "They evolved towards ever more complex structures with hundreds of fine folds in the Mesozoic until they became extinct 66 million years ago together with the dinosaurs," he said.

He speculated that, in the case of this unhappy animal, a predator may have ripped this creature apart before it died.

The fossil does not provide a complete portrait of an ammonite, though. Klug said that scientists have yet to observe what the female reproductive organs look like, or its limbs, or why this kind of preserved fossil is so rare.

This is the second recent instance of a fossil discovery with ancient soft tissue well-preserved. Last month a team of scientists from the University of Bristol and the University of Massachusetts revealed that they had discovered a well-preserved dinosaur cloaca. A cloaca is a vent-like opening in an animal's posterior that serves as its equivalent of an anus, urethra and genitalia. Paleontologists discovered this cloaca in the skin patterns of a Psittacosaurus, a dog-sized dinosaur related to the Triceratops.