Mutant coronavirus strains are alarming scientists. Does this change the pandemic plan? 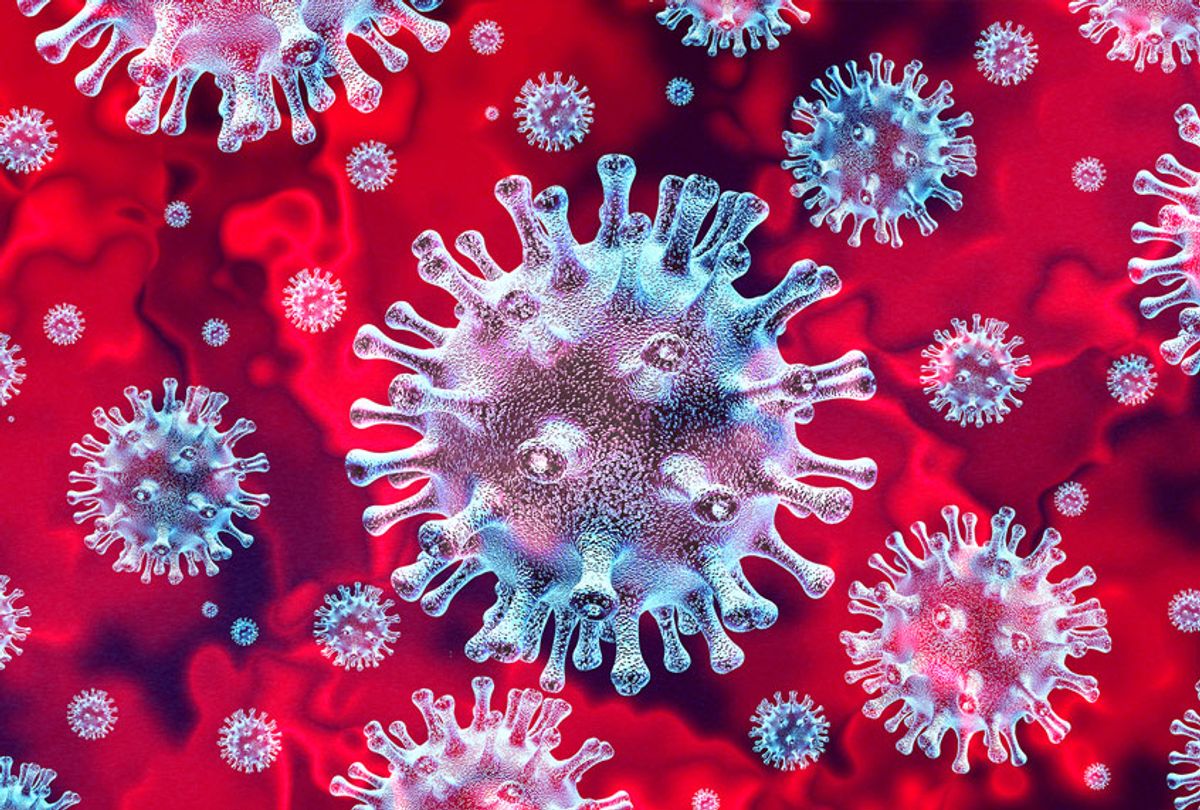 Several mutant strains of the novel coronavirus have evolved a new trait that could allow them to effectively evade vaccines, according to a new report. But fear not: Experts tell Salon that this will not change the public health strategy, meaning mass vaccination, all that much.

The variant, which was first identified in the United Kingdom last year and was dubbed B.1.1.7, has spread around the world and is more transmissible than other versions of SARS-CoV-2. British state documents reported by Live Science revealed that, out of approximately 214,000 samples which were genetically sequenced, 11 of them had developed a further mutation known as E484K. This mutation, when discovered in a South African mutated strain of the virus known as B.1.351, seemed to correlate with certain COVID-19 vaccines becoming less effective in that country. Scientists are concerned that the E484K mutation could make it more difficult for the immune system to produce the antibodies necessary to subdue the virus before it can enter human cells.

At the same time, the presence of the E484K mutation on the British strain of the virus does not automatically mean it will be able to evade vaccines. Just as different breeds of dogs can contain a wide variety of characteristics despite belonging to the same species, so too can different versions of the same virus effect the body in a wide spectrum of ways depending on their exact genetic composition.

Hence, experts say that even if this strain is able to periodically evade vaccines, that is all the more reason to get vaccinated, as the medications will still protect many people and help humanity build up herd immunity.

And although the new variant strains might be slightly more resistant to existing vaccines, the existing vaccines "still provide important levels of protection," Dr. Alfred Sommer, dean emeritus and professor of epidemiology at Johns Hopkins Bloomberg School of Public Health, told Salon by email. Sommer said that he suspected that vaccine-makers would start modifying their vaccines to "better match" the new strains, but probably only on a "periodic basis."

Sommer emphasized that the licensed vaccines have all been 95% effective against the strains circulating in the United States, a number that he called "remarkable." "Even 75% effectiveness (or even less) against the UK strain is important to protect individuals and reduce circulation of the virus in our communities," Sommer noted.

His views were echoed by Dr. Justin Lessler, an associate professor of epidemiology at Johns Hopkins Bloomberg School of Public Health.

"I think they should see this as us possibly moving into a flu-like world, where we will have to update the vaccine and revaccinate folks against SARS-CoV-2 regularly," Lessler wrote to Salon. "Even if the virus is starting to evade it, the vaccine will still offer some protection and likely lessen the severity of any infection (just like the flu vaccine when there is immune escape). So people should definitely be still planning to get their shot as soon as they are eligible."

Dr. Russell Medford, Chairman of the Center for Global Health Innovation and Global Health Crisis Coordination Center, also pointed out to Salon that "if the need arises, the mRNA vaccine technology used for the Moderna and Pfizer vaccines enables for the rapid development of new vaccine boosters that can specifically target these viral mutants."

These mRNA vaccines are unique because, while traditional vaccines use weakened or dead versions of a pathogen (disease-causing agent) in order to train the immune system to fight it, mRNA vaccines use a different approach. They create synthetic RNA, or a single-stranded RNA molecule that complements one of the DNA strands in a gene, and inject that into the body so that cells can produce proteins like those in a virus on their own and learn to fight a given disease based on recognizing those proteins.

That is why, as Medford told Salon, he is "concerned" about the data on vaccine effectiveness against the E848K mutation.

Yet all the alarming news about E848K doesn't change the basic plan for fighting COVID-19. As Dr. Georges Benjamin, executive director of the American Public Health Association (APHA) and former secretary of health in Maryland, explained to Salon by email: "We should get vaccinated as quickly as possible. Viruses can only mutate if they can replicate. So getting vaccinated and following the public health measures that prevent infection is the best way to extinguish the infection."