As Americans' views on wellness evolve, Subway is suffering an identity crisis 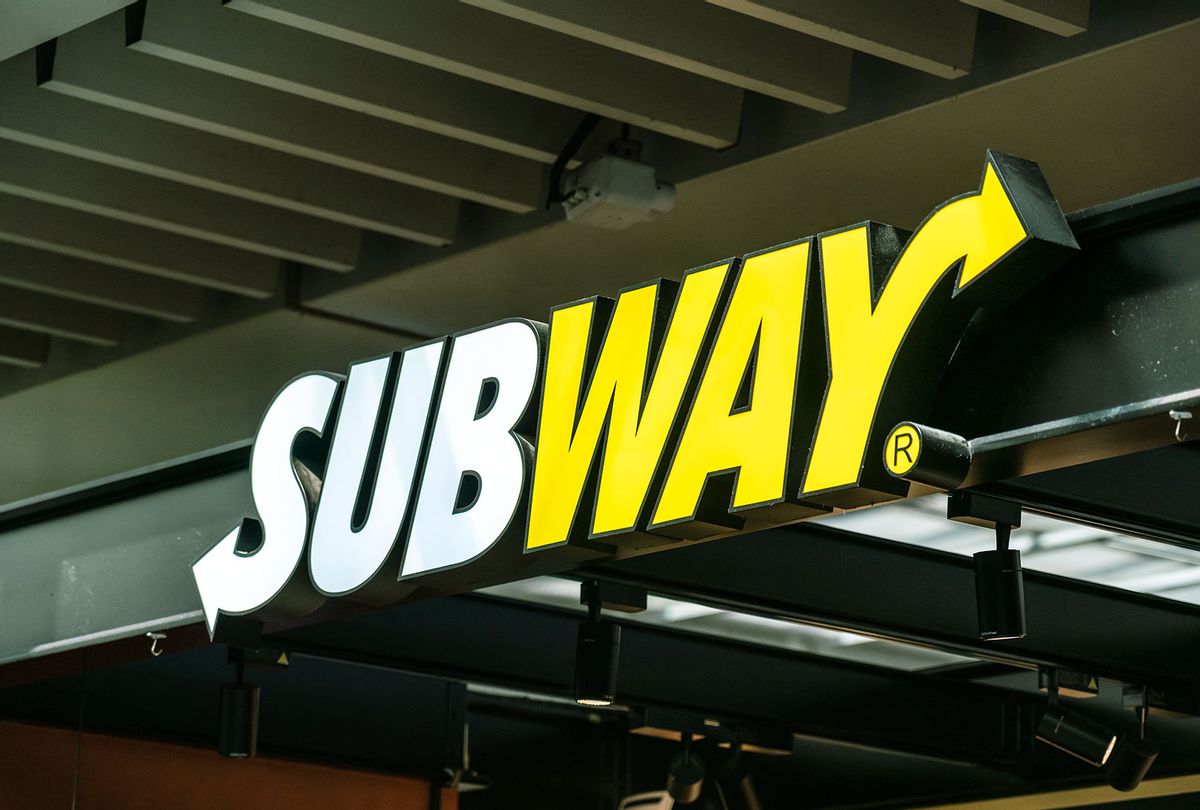 It was a not-so-subtle subtweet directed at anyone who had come to doubt if Subway's tuna salad actually contained tuna over the prior week after a lawsuit alleged that the chain's tuna products were instead "made from a mixture of various concoctions."

As San Francisco Chronicle reporter Soleil Ho wrote, the lawsuit itself was kind of a non-story. The plaintiffs, Karen Dhanowa and Nilima Amin, and their attorney repeatedly declined to specify what was found in an analysis of the tuna salad.

"Surely, if the results were something outrageous, disclosing that fact would be a public relations coup — and a potential boon to public safety — ensuring mass enlistment in a class-action suit and headlines for months," Ho wrote. "But the vagueness of the allegations so far leads only to questions and a confusing deductive trail."

Yet the damage was done. Multiple headlines ran positioning the idea that Subway's tuna was some mystery substance as fact, which were shared eagerly and obviously without further examination by social media users.

This led to a a kind of virtual replay of some of the chain's worst public relations nightmares from the past few years. There was the viral assertion from the blogger known as Food Babe that Subway bread contained a "yoga mat chemical." (The chemical, azodicarbonamide, is a bleaching agent commonly used in flour and dough conditioner in North America, in addition to being found in synthetic leather.) Then, there was the story that Subway's bread contained too much sugar to be classified as bread in Ireland. Plus, the claims that the chain's chicken was actually "half soy" — a statistic which Subway leadership said came from a "stunningly flawed test."

All of these allegations were met with a mix of disgusted shock and schadenfreude from social media users — kind of like, "I wish I was surprised, but at least I don't eat there much." Perhaps underlying the viral response were concerns about the unknowns inherent to an amorphous food supply chain or an unspoken responsibility to hold corporate entities to account.

But I think this story is simultaneously way more simple and way more complex: As Americans' definitions of wellness have consistently evolved over the last 20 years — at a pace that was only hastened by the advent of social media — Subway largely stayed the same. Now, the company is in the throes of an identity crisis — and the hits just keep coming.

Aspiring doctor Fred DeLuca launched Subway under the name Pete's Super Submarines in the summer of 1965 in Bridgeport, Conn. The franchise model took off in 1974, and Subway was opening 50 new shops a week by 2013.

By the mid-2000s, Subway positioned itself as a healthy but affordable alternative to fast food (despite the fact that its footlong Chicken Bacon Ranch Sub contains approximately 1,220 calories, or the equivalent of almost five McDonald's hamburgers). It partnered with the NBC reality show "The Biggest Loser," which wove segments into the series showing trainers Jillian Michaels and Bob Harper walking contestants through what to order at the Subway counter: whole wheat bread, lean protein like chicken or turkey breast, a pile of greens and vegetables and condiments like mustard instead of mayonnaise.

They also brought on Jared Fogle, who incorporated Subway sandwiches into his diet for weight loss, to serve as "the Subway guy." Fogle was later dropped as a spokesperson for the brand after he pleaded guilty to possession or distribution of child pornography and traveling across state lines to have commercial sex with a minor.

While employed by Subway, Fogle would pose with his old, oversized pair of jeans in locations across the country. He would also make guest appearances on "The Biggest Loser" alongside contestants, touting the importance of a healthy diet (read as: Subway sandwiches) for maintaining weight loss.

But then came the explosion of fast-casual dining, featuring restaurants like Baja Fresh Mexican Grill, Chipotle, Shake Shack and Sweetgreen. When it came to adapting to wellness trends, these rivals seemed more nimble than Subway, which is still classified as a QSR, or "quick service restaurant" (the industry-preferred term for "fast food).

Restaurants have had to contend with simultaneous increased interest in both ketogenic and plant-based diets, as well the fetishzation of "superfoods" like acai berries, kale and quinoa. Above all, customers want their meals to be "clean." (Panera ran an entire ad campaign predicated on the concept.) According to a 2015 survey from the market research firm The Hartman Group, "65 percent of customers are looking for food and beverages with ingredients they recognize."

While Subway has tried to keep up with the times by launching products like hummus and offering its signature sandwiches as salads, sans roll, allegations — even unfounded ones — of mystery chicken and "yoga mat bread" don't fit the current formula for wellness.

One day after Subway had tweeted about its tuna, "Saturday Night Live" ran a sketch about the chain. But it wasn't about Subway's tuna — it was about its freshly-launched protein bowls, a real product that basically looks like a footlong sub's worth of toppings crammed into a bowl. The New Yorker's Helen Rosner joked on Twitter, "Mazel tov to Subway for inventing the antipasto salad."

In the sketch, Beck Bennett and John Krasinski play Dino and Rocky, a couple of old Subway corporate ad men who are shocked when the new kid (Andrew Dismukes) unveils the protein bowl concept.

"So, is this like a fetish I don't know about?" Dino asks. "You get off on watching people eat a bowl of ham?"

Bowls are another wellness trend that fast-casual and fast food restaurants have turned to over the last year. Chipotle has a burrito bowl (now with Shawn Mendes-approved cauliflower rice), Panera has a Baja grain bowl with chicken and Taco Bell has a "power bowl. Subway's timing isn't wrong, but its execution isn't quite right.

Subway hasn't been at the forefront of American wellness trends for a while now, and in a restaurant culture where many diners want even their fast-food virtuous, it's unclear how it can adapt the old make-your-own-sandwich formula for today's customer.