People with schizophrenia are more likely to die of COVID-19

And peculiarly, scientists are not entirely sure why 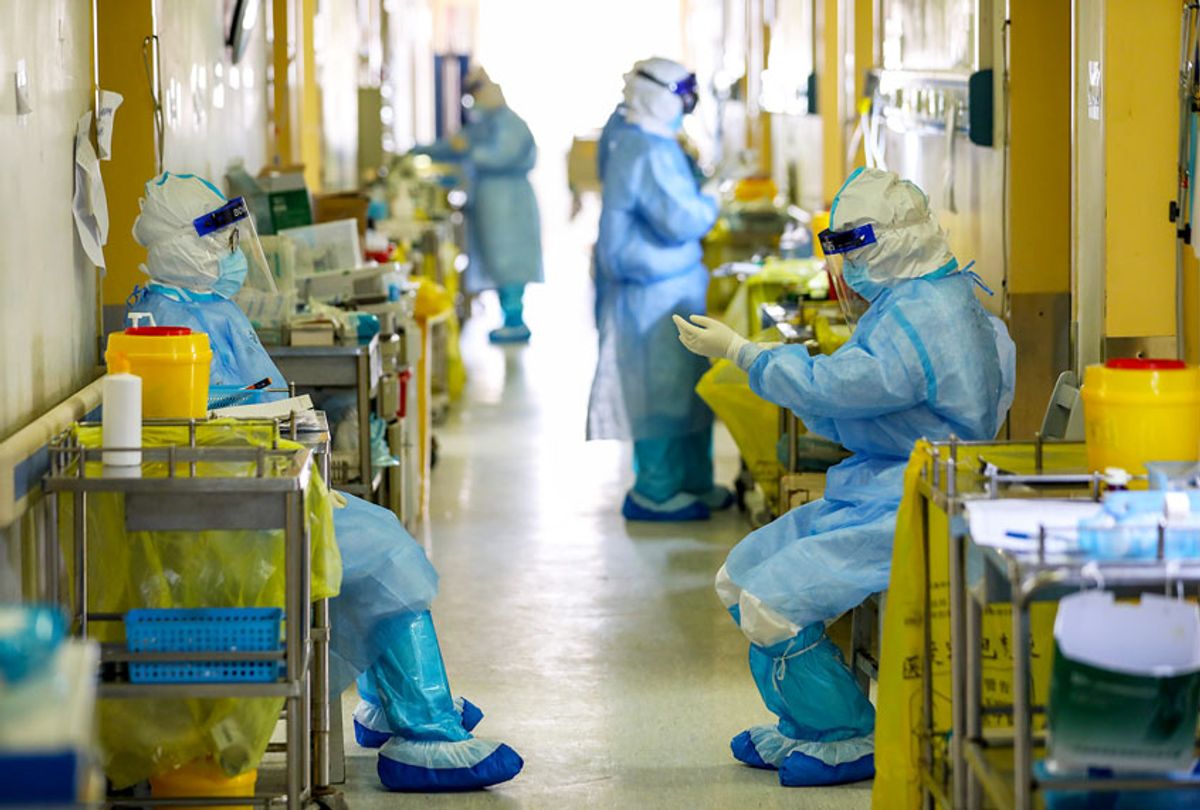 A new study reveals that people with schizophrenia are almost three times more likely to die if diagnosed with COVID-19 than individuals who do not have that mental illness. More peculiarly, scientists are not entirely sure why.

The study, which was published the journal JAMA Psychiatry, analyzed medical information from more than 7,300 adults in a New York health system and examined whether there was any link between mortality rates and several mental health conditions. All of the patients had been diagnosed with COVID-19. The researchers followed up with them over a 45-day period, with the last follow up occurring on July 15, 2020. In addition to patients with schizophrenia spectrum disorders, the researchers also looked at patients with mood disorders and anxiety disorders. These groups were then contrasted with people who did not have those specific conditions.

Although the study found that people with anxiety disorders and mood disorders were not more likely to die after being diagnosed with COVID-19, individuals on the schizophrenia spectrum were almost three times as likely to die. The study even found that the schizophrenia-linked high risk of mortality ranked "second behind age in strength of an association among all demographic and medical risk factors examined in this sample."

"In the first month and a half after COVID diagnosis, patients with schizophrenia as compared to patients without psychiatric disorders were roughly two-and-a-half times more likely to die," Mark Olfson, a professor of psychiatry at Columbia University, told Salon by email. "An increased mortality risk was not found for patients with mood or anxiety, two common less severe conditions."

He added, "Although the reasons for the heightened mortality risk in schizophrenia are not known, it is possible that delays in seeking medical care, which are common in schizophrenia, contribute to the elevated risks. The new findings underscore the critical importance of vaccination alongside heightened vigilance and screening to improve early COVID detection in adults with schizophrenia."

Dr. Narges Razavian, another co-author of the paper and an assistant professor at New York University's Department of Public Health and Department of Radiology, wrote to Salon that one broader implication of the paper is that "there should be more resources allocated to address the root causes of schizophrenia, and there should be more resources allocated to fund research programs to better understand the disease and improve the treatments available for it. In aggregate, the treatments and care available to many schizophrenia patients today seem to not have been in enough in creating resiliency in the face of COVID-19 infection. And moving forward, we need to change that."

In their study, the authors did note limitations to their research including that it was performed when the pandemic was at a peak in New York City, that the group studied all had access to the New York University healthcare system and that testing itself was primarily restricted "symptomatic and high-risk people, as reflected in the high rate of positive test results (27.7%)." They also pointed out that the stage of an illness may contribute to the mortality rates among people with schizophrenia spectrum disorders.

This is not the only time that scientists have noted a connection between mental health conditions and COVID-19. A study over the summer suggested that COVID-19 can be linked to neurological and neuropsychiatric complications including psychosis and strokes. It argued that doctors needed to keep an eye out for "patients with COVID-19 developing these complications and, conversely, of the possibility of COVID-19 in patients presenting with acute neurological and psychiatric syndromes."

There are also psychological conditions that may arise as a result of the lockdowns, social isolation and other measures taken to protect the general public during the pandemic.

"This will take generations to get past," Dr. David Reiss, a psychiatrist in private practice and expert in mental fitness evaluations, told Salon last month. "And that's because at every stage of development, things have been disrupted, whether you're talking about like my two-year-old grandchild who somehow has to understand seeing family members in masks, to four and five-year-old kids who are just starting to socialize, to adolescents who can't socialize and all through different stages of life."