"Who cares!": Trump writes bizarre open letter to resign from SAG-AFTRA before the union boots him 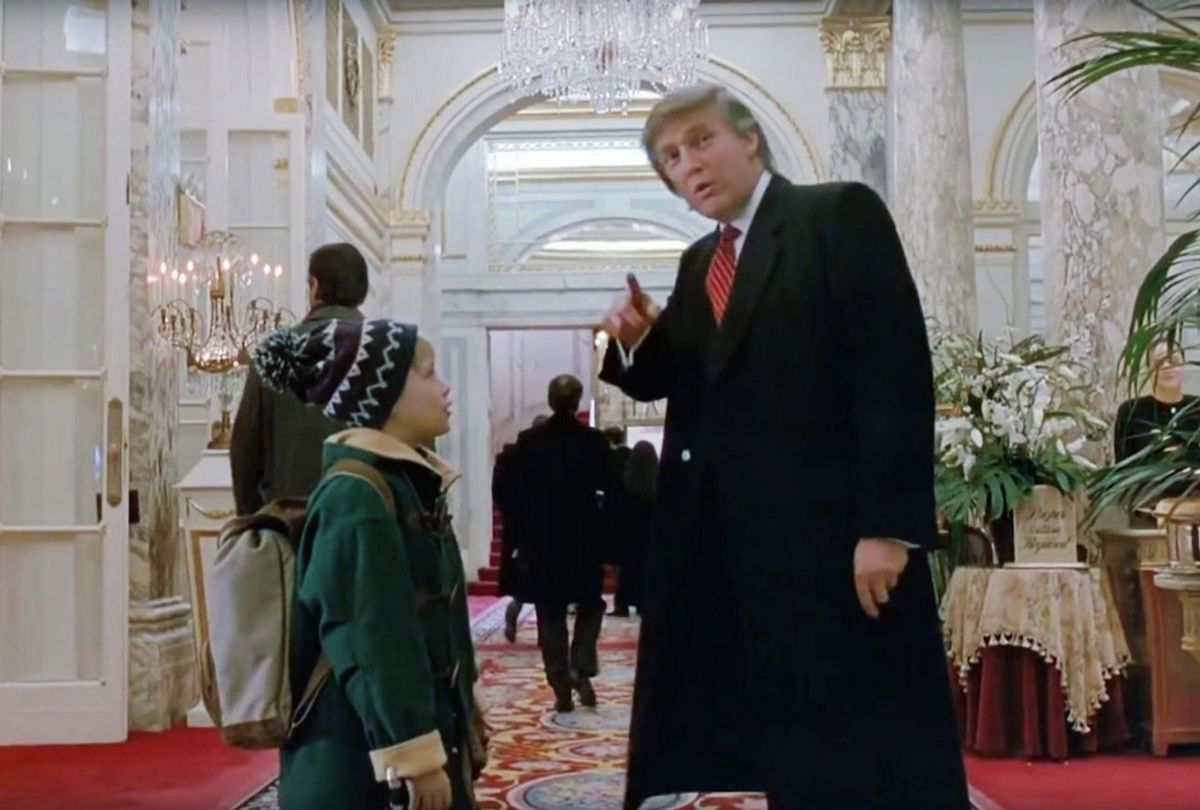 Former president Donald Trump resigned from the Screen Actors Guild-American Federation of Television and Radio Artists on Thursday, after the union's National Board voted "overwhelmingly" to convene a disciplinary process that could have resulted in expelling him in response to Trump's part in inciting the Jan. 6 attack on the United States Capitol.

Trump released an open letter to SAG-AFTRA on what appears to be photocopied White House stationery addressed to union president Gabrielle Carteris (of "Beverly Hills 90210" fame) detailing his immediate resignation. "I write to you today regarding the so-called Disciplinary Committee hearing aimed at revoking my union membership," Trump wrote. "Who cares!"

Trump went on to write that while he was "not very familiar" with the union's work, he was proud of his work on movies and television shows like "'Home Alone 2,' 'Zoolander' and 'Wall Street: Money Never Sleeps'; and television shows including 'The Fresh Prince of Bel-Air,' 'Saturday Night Live,' and of course, one of the most successful shows in television history, 'The Apprentice' – to name just a few!"

He also wrote that, due to his involvement in politics, he helped resurrect interest in television, which he characterized as a "dying platform with not much time left."

"[I've] created thousands of jobs at networks such as MSDNC and Fake News CNN, among many others," Trump wrote.

He concluded the letter by saying that he no longer wished to be involved in the union and was tendering his immediate resignation.

Trump's resignation letter was a response to a Jan. 19 release from SAG-AFTRA, which stated that the organization's National Board had ordered a disciplinary hearing regarding Trump's role in inciting the attack on the U.S. Capitol and "in sustaining a reckless campaign of misinformation aimed at discrediting and ultimately threatening the safety of journalists, many of whom are SAG-AFTRA members."

"Donald Trump attacked the values that this union holds most sacred – democracy, truth, respect for our fellow Americans of all races and faiths, and the sanctity of the free press," Carteris said at the time. "There's a straight line from his wanton disregard for the truth to the attacks on journalists perpetrated by his followers."

The release stated that if Trump was found guilty of violating SAG-AFTRA constitutional guidelines during the union's disciplinary committee hearing, there would be possible penalties including reprimand, censure, fines, suspension from the rights and privileges of membership, or expulsion from membership in SAG-AFTRA.

According to the Hollywood Reporter, Trump had pensions at both the Screen Actors Guild and American Federation of Radio and Television Artists — dating back from before the two organizations merged in 2012 — and throughout his time in office continued to receive residuals from roles in projects such as "The Apprentice," "Home Alone 2" and "The Little Rascals."