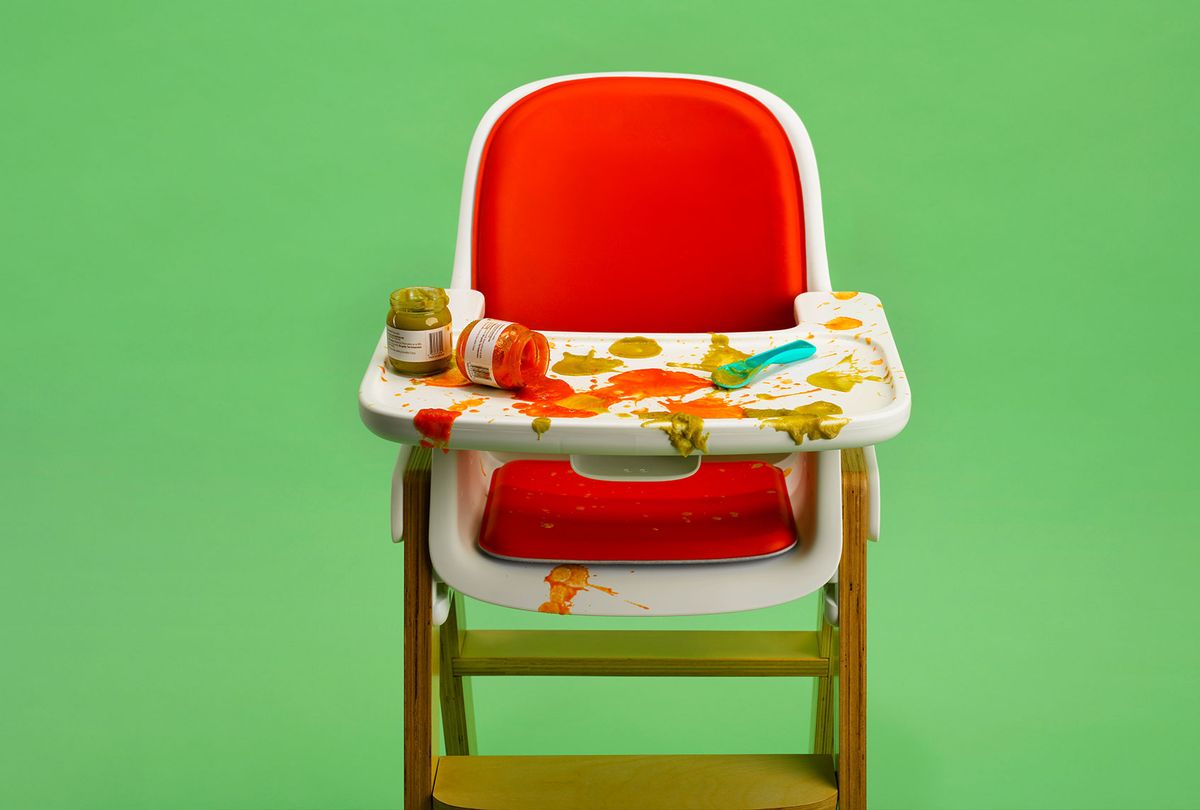 A new report reveals that the baby foods sold by a number of major manufacturers may be contaminated with poisonous heavy metals — and President Donald Trump's administration, despite knowing about it, did nothing.

The House Oversight Committee released a report on Thursday based on a congressional investigation into the potential presence of toxic heavy metals — including lead, arsenic, cadmium and mercury — in baby foods. Four baby food manufacturers provided Congress with information about the amount of toxic heavy metals in their foods based on their own internal testing, including Beech-Nut Nutrition Company, Gerber, Hain Celestial Group, Inc. and Nurture Inc. Between those four companies, Congress found that the companies allow dangerously high levels of toxic heavy metals in their foods and that the foods sold by the companies frequently exceed even those standards.

"The Food and Drug Administration has set the maximum allowable levels in bottled water at 10 ppb [parts per billion] inorganic arsenic, 5 ppb lead, and 5 ppb cadmium, and the Environmental Protection Agency has capped the allowable level of mercury in drinking water at 2 ppb," the report explains. "The test results of baby foods and their ingredients eclipse those levels: including results up to 91 times the arsenic level, up to 177 times the lead level, up to 69 times the cadmium level, and up to 5 times the mercury level."

Three other major baby food manufacturers — Campbell, Walmart and Sprout Organic Foods — did not cooperate with the congressional investigators, leaving them "greatly concerned" about the possible toxic heavy metal contamination in their foods. Then again, as the chair of the subcommittee which conducted the investigation told Salon, the government has previously not forced these companies to be accountable for what they put in their baby food.

"They are not regulated for the most part," Rep. Raja Krishnamoorthi, D-Ill., chair of the House Subcommittee on Economic and Consumer Policy, told Salon. "Unfortunately, despite knowing the hazards of toxic metals — like arsenic, mercury, lead and cadmium — being present in baby foods, the FDA essentially was AWOL on these issues for years. And in fact, the Trump administration was given a secret presentation by one of the baby food makers, showing that the finished baby foods actually contain a greater metallic content than even the ingredients. And yet the Trump administration completely failed to act. Now that has to change immediately."

Heavy metals like arsenic, cadmium, lead and mercury have been linked to diseases like cancer and are particularly dangerous for babies because younger bodies are both smaller and still in a state of vulnerable development. As Krishnamoorthi told Salon, parents should be very concerned about the possibility that their babies are consuming large quantities of these metals.

"I think that parents should be concerned, and they should be vigilant on this issue, because unfortunately these particular toxic heavy metals are neurotoxins, meaning that they can really stunt a baby's brain and nervous system growth," Krishnamoorthi explained. "And that can cause the lifelong deficits in intelligence and learning. It can lead to other disorders such as ADHD, and it can lead to antisocial behavior and even criminal behavior. So this is something that we have to take very seriously now."

He added, "I'm introducing legislation that will require the FDA to set stringent standards with regard to baby food and make sure that our baby food is safe."

This is not the first time that the public has been made aware of possibly dangerous levels of toxic heavy metals in baby foods. The advocacy coalition Healthy Babies Bright Futures released a report in 2019 revealing that up to 95 percent of baby foods they tested contained toxic heavy metals that could harm a baby's brain development, which Krishnamoorthi told CNN was the "inspiration" for their own report.

Salon reached out to the companies mentioned in the report. Happy Family Organics, which makes Happy Baby, told Salon by email that it is "disappointed at the many inaccuracies, select data usage and tone bias in this report." Beech-Nut Nutrition Company wrote to Salon that its baby foods are "safe and nutritious" and that it is "currently reviewing the subcommittee report." Walmart wrote to Salon that it is "committed to providing safe, quality food" and claimed to have "provided information to the subcommittee nearly a year ago and invited more dialogue on this important issue but never received any additional inquiries." Campbell referred Salon by email to a statement in which they denied that they had not cooperated with the subcommittee and argued that heavy metals "will be present in the food to some extent" no matter what, although they insisted that they are "committed to minimizing environmental contaminants including heavy metals within our products."

Gerber, Sprout Foods and Hain Celestial Group have not responded to Salon at the time of this writing, although each company did provide statements to CNN.

Update: Gerber sent Salon an email assuring the outlet that they "meet the standards of the FDA" and adding that "heavy metals occur naturally in the soil and water in which crops are grown. As stated in our 2019 response to the Congressional Inquiry, we take many steps to minimize their presence."