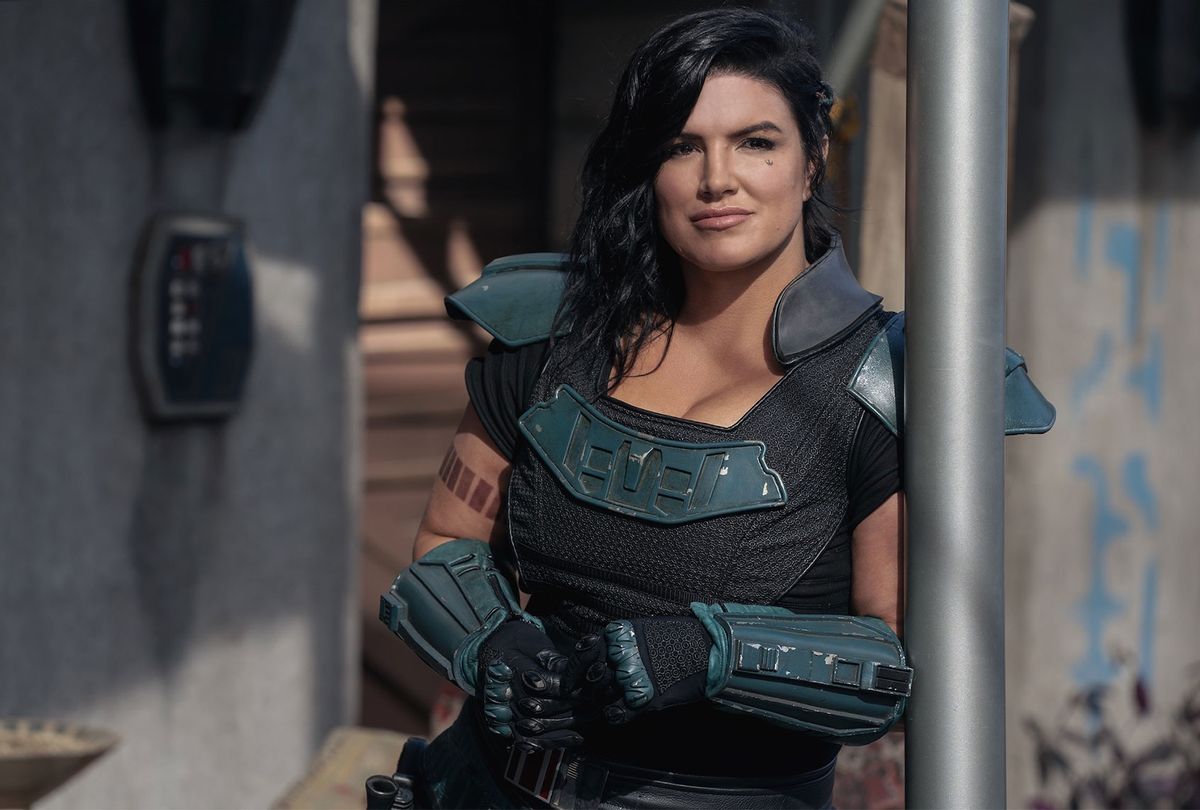 Gina Carano as Cara Dune in "The Mandalorian" (Disney+)
--

"The Mandalorian" actress and former mixed martial artist Gina Carano is no longer associated with Lucasfilm after sharing controversial statements Tuesday night on her Instagram stories, including one that that likened political differences today to the treatment of Jews in Nazi Germany.

"Jews were beaten in the streets, not by Nazi soldiers but by their neighbors . . . even by children," Carano posted. "Because history is edited, most people today don't realize that to get to the point where Nazi soldiers could easily round up thousands of Jews, the government first made their own neighbors hate them simply for being Jews. How is that any different from hating someone for their political views." The post originated on a different Instagram account.

The next day, Lucasfilm addressed her employment with the production company.

"Gina Carano is not currently employed by Lucasfilm and there are no plans for her to be in the future," a Lucasfilm spokesperson said in a statement, according to Variety. "Nevertheless, her social media posts denigrating people based on their cultural and religious identities are abhorrent and unacceptable."

Carano has come under fire for other posts on social media before. In November, she mocked pronoun usage by using made-up pronouns in her Twitter bio, which Star Wars fans called out as transphobic.

According to Variety, co-star Pedro Pascal had explained to her why people specify pronouns, leading her to delete the contents of her offensive bio.

"I didn't know before but I do now," she wrote. "I won't be putting them in my bio but good for all you who choose to. I stand against bullying, especially the most vulnerable & [support] freedom to choose," she wrote at the time.

On Wednesday, the hashtag #FireGinaCarano began circulating on social media; by midday Carano had deleted the post about Nazi Germany and mask-wearing, but others remained, including one in which Carano had written: "Jeffrey Epstein didn't kill himself."

In December, Lucasfilm and Disney+ had announced "Rangers of the New Republic," a direct spin-off of "The Mandalorian," which would have potentially had a role for Carano's character, Cara Dune, a former Rebel trooper who had become a Marshall for the New Republic.

Lucasfilm has not, however, made any casting announcements about "Rangers of the New Republic."  The third season of "The Mandalorian" will premiere on Christmas Day this year.