COVID-19 has shown how Big Pharma is broken

Though they were warned, pharmaceutical companies refused to invest in coronavirus research until it was too late 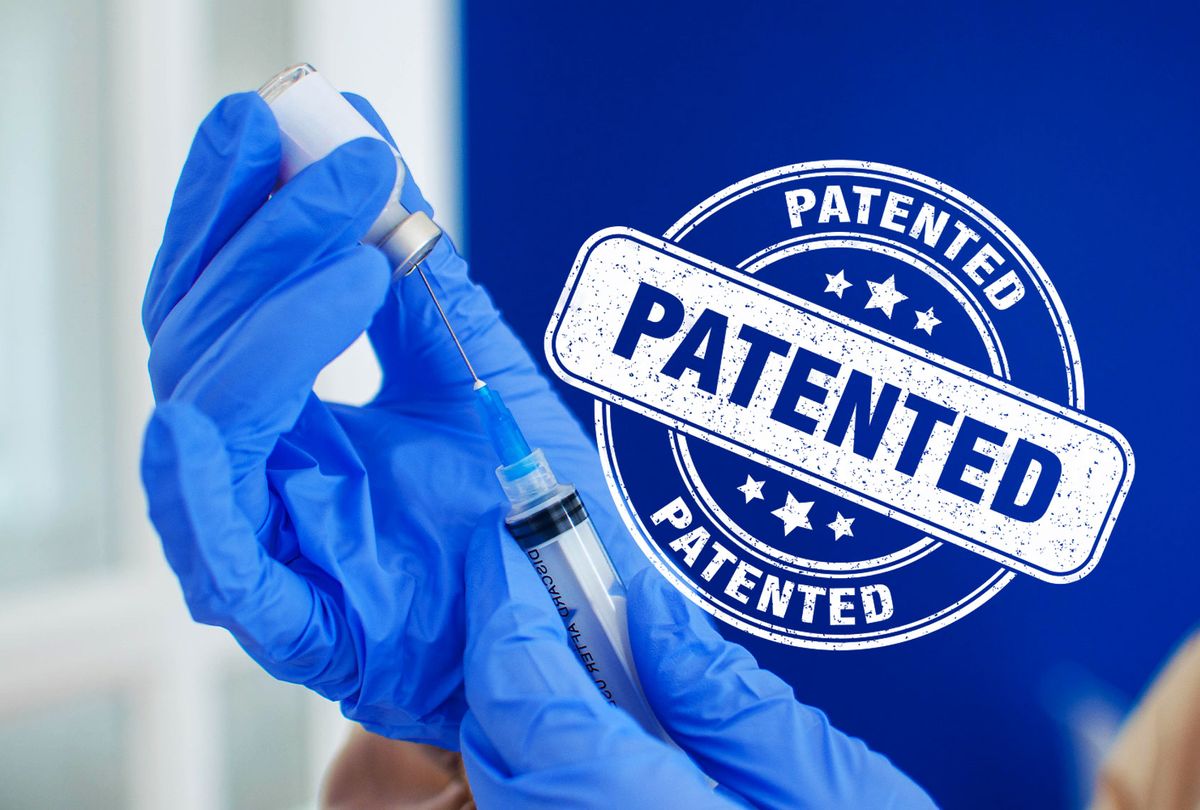 In 2016, the World Health Organization (WHO) released a report highlighting sixteen pathogens that posed a serious threat to global health, and which were desperately underfunded when it came to research. One of the sixteen pathogens was, of course, coronavirus — meaning, not the novel coronavirus (SARS-CoV-2), which didn't exist yet; but the class of coronaviruses generally, which includes the viruses that cause SARS and MERS.

The prophetic report was intended to be a call to arms for the world's largest pharmaceutical companies, who collectively invest billions every year in R&D for pathogens that already pose a threat to humanity or which soon will. Yet, despite WHO's warning, Big Pharma did not listen. Two years later, in 2018, the pharmaceutical giants had zero research projects in development to fight coronaviruses.

Clearly, the WHO was right; and understandably, by 2020, pharmaceutical companies were throwing money at studying coronaviruses. Yet still, they have done little to heed the WHO's warnings about the other sixteen pathogens: a report released last month by the Access to Medicine Foundation shows that by 2020, only 6 out of the 16 pathogens had any research in the pipelines. Of those research projects, the vast majority – 63 out of 76 – were for COVID-19. Because the other pathogens hadn't killed enough people in the west (though the mosquito-borne chikungunya virus, one of the sixteen pathogens, is sweeping its way through Africa and India) Big Pharma was reluctant to cough up money for the R&D.

It might be strange from where the world is sitting now to imagine that the pharma industry once thought it had nothing to gain from researching coronavirus. After all, COVID-19 is the gift that will keep on giving to Big Pharma for years to come. There are booster shots to be delivered and very lucrative monoclonal antibodies to be made. Given how profitable COVID-19 has been for the industry, one might think it would warrant more attention from savvy for-profit corporations looking to profit off of the next pandemic.

So why can't the pharmaceutical giants heed the WHO's warnings? In order to understand why Big Pharma ignored coronavirus until it became a global pandemic, one must understand its twisted business model.

Pharmaceutical companies make money by discovering drugs and then protecting those drugs with artificial monopolies through patents. Without competition, drug companies can then turn around and charge whatever price they want for the new drug. It makes sense for pharma companies to prioritize research for diseases that have the richest patients — while paying little heed to diseases that kill poorer patients. This means that diseases like cancer and diabetes receive lots of research funding, and diseases like Ebola, Zika virus, and malaria, don't. Unless the industry is certain there are high rewards in the future, no pharma company is going to take the risk to find a cure. In other words, Big Pharma isn't interested in investing in medicines for deadly diseases if there's no guarantee of high rewards . An example is anti-microbial resistance (AMR). If you are one of the unfortunate souls to get gonorrhoea, your doctor is likely to prescribe you a line of antibiotics. The problem with getting gonorrhoea (other than the physical discomfort and awkward phone calls to former lovers) is that this STD is getting increasingly difficult to treat because of its growing resistance to antibiotics. A 2014 study from Chatham House predicted that by 2050, AMR will kill 10 million people and cost the global economy an estimated $100 trillion. While those are staggering numbers, what makes an antibiotic different from, say, a cancer drug, is that doctors don't want to prescribe them; overprescription is what creates more resistance . This creates a disincentive for these for-profit corporations to make the kinds of new drugs that might help fight anti-microbial resistant pathogens. As an attorney from a Big Pharma company said to me once a year back, "think of AMRs like fire hydrants. You need them, but you never want to use them."

The problem is that by using it, the disease eventually becomes resistant — and then you need new line of antibiotics. And drug companies do not want to invest in medicines if doctors are reluctant to prescribe them. A report from the Pew Charitable Trusts showed there are only 42 new antibiotics in development, while for cancer there are over 1,100 treatments in the pipelines. It makes more business sense to spend money in cancer for the growing numbers of sick westerners than it does in an antibiotic that you're not sure will ever be used. The underlying problem here is that as a society we have entrusted private companies the incredible task of finding cures for sick people. It is an established fact that drug prices are not decided based on R&D costs, but on the maximum amount pharma companies think they can charge. The old line goes that Big Pharma needs to charge such high prices to cover the costs of drug research and reinvest in new medicines. For starters, this argument is baseless. A report from 2017 looked at the simple price differences between the US and Europe for the top 20 best-selling drugs. In 2015 the net price difference between the two regions was $116 billion, while the global R&D costs were just $76 billion. Pfizer, the maker of one of the COVID vaccines, made back more than twice its R&D spending through American premium pricing in just one year. That money is not flowing back into research pipelines, but is instead lining the pockets of the company's shareholders.

Pharma companies often defend their high drug prices by claiming that they need to charge a lot because most drugs fail in clinical trials, and the cost of bringing new drugs to market is getting more expensive. These are true statements. Most drugs do fail, but they fail early on in phase I trials, and much of that early research is funded with public money. A 2018 report showed that the US National Institute of Health (NIH) contributed funding to all 210 new drugs approved by the Food and Drug Administration between 2010 and 2016, and provided $100 billion in research money. American taxpayers are covering the cost of medical research and getting slammed with inflated drug prices in return.The pharma folks I speak with argue vehemently against changing the system. One thing they tell me is that the public will have very little appetite to pay for all the research that goes into failed medicines. This is a ridiculous argument, as we are already covering the costs of failed drug research while paying excess billions in drug prices for successful research. The drug companies will also point to the success of the COVID-19 vaccines as an example of their speedy efficiency. They casually ignore the vast sums of money they accepted from governments that made it all possible in the first place. The Moderna vaccine was funded entirely with US tax money, and the AstraZeneca vaccine was developed at the Jenner Institute at Oxford University with public funding. The Pfizer/BioNTech vaccine was also made possible with almost half a billion dollars from the German government. The private companies would not have been able to get a drug to market so quickly if the public hadn't paid for it first.

There is an alternative way to discover new medicines that is not reliant on patents to create incentives for drug research. The system is known as delinkage. The idea is that instead of having pharma companies use patents to create monopolies and charge ridiculous prices for drugs, governments will offer a combination of cash prizes, contracts, and tax credits as market entry rewards to fund research. This means that drug prices would be directly tied to the cost of developing the drug rather than whatever pharma companies believe a desperate dying patient should be willing to pay for it.

The delinkage movement is gaining some momentum. In 2017, Bernie Sanders introduced legislation to delink the incentives awarded to pharma companies through the patent system and replace it with public market entry awards. Sanders' so-called Medical Innovation Prize Fund would be equal to 0.55% of GDP, amounting to $102 billion in research funding. Across the pond, the former UK Labour party leader, Jeremy Corbyn, called for a study in delinkage in his 2019 Medicines for the Many policy proposal.

Delinkage is not an idea unique to the left. Andrew Witty, former CEO of GlaxoSmithKline , proposed delinkage as a way to fund research for rare diseases ; Joseph Stiglitz, the 2001 winner for the Nobel Memorial Prize in economics, has also argued to replace the patent system with market entry rewards. One of the many benefits of delinkage would be cheaper drugs, but also drugs for a wider range of diseases. Hence, the next time the WHO says that a research is needed for new pathogens, governments could create a cash prize to incentivize pharma companies, so that there's research in the pipelines to help bring a drug to market faster.

Another advantage to delinkage is the sharing of information. Under the current patent system, pharma companies hoard their data and research from competitors who could use it to develop their own drug. Under delinkage all information and data could be made public ly available so that scientists can avoid repeating mistakes that another research team has already made. The open sharing of information is hugely important in COVID-type scenarios when time is of the essence.

But the biggest reason to change the current way we fund research is not just about efficiency and pricing, but morality. Neo liberalism has given everything, even human life, a price tag. Farmers in India will die because a cancer drug hasn't come off patent. Millions of others die needlessly from HIV even though PrEP has been around for decades. And the vaccine rollout has shown that despite worldwide movements for racial equality, rich white countries will get relief from COVID months, if not years, before those in the developing world. If patents were no longer an issue, countries like India and South Africa wouldn't have to go to the WTO begging for permission to waive intellectual property rights so they can make their own COVID vaccines and therapies. What it all comes down to is the notion of fairness — the idea that someone's right to live should never be determined by how much money they make. Neoliberalism posits a contrary worldview to that.

Anthropologist Margret Mead said once that the first sign of civilization was a thighbone that had been broken and then healed. As she explains, in the animal kingdom, animals die if their bones break, as they can no longer get water and food nor protect themselves. That first healed thighbone is proof that somebody in that society carried the person to safety and tended to their wound.

If we are to consider ourselves civilized we need to make sure that we provide medicines to everyone who needs them, regardless of their income, where they live, or the illness they suffer from.