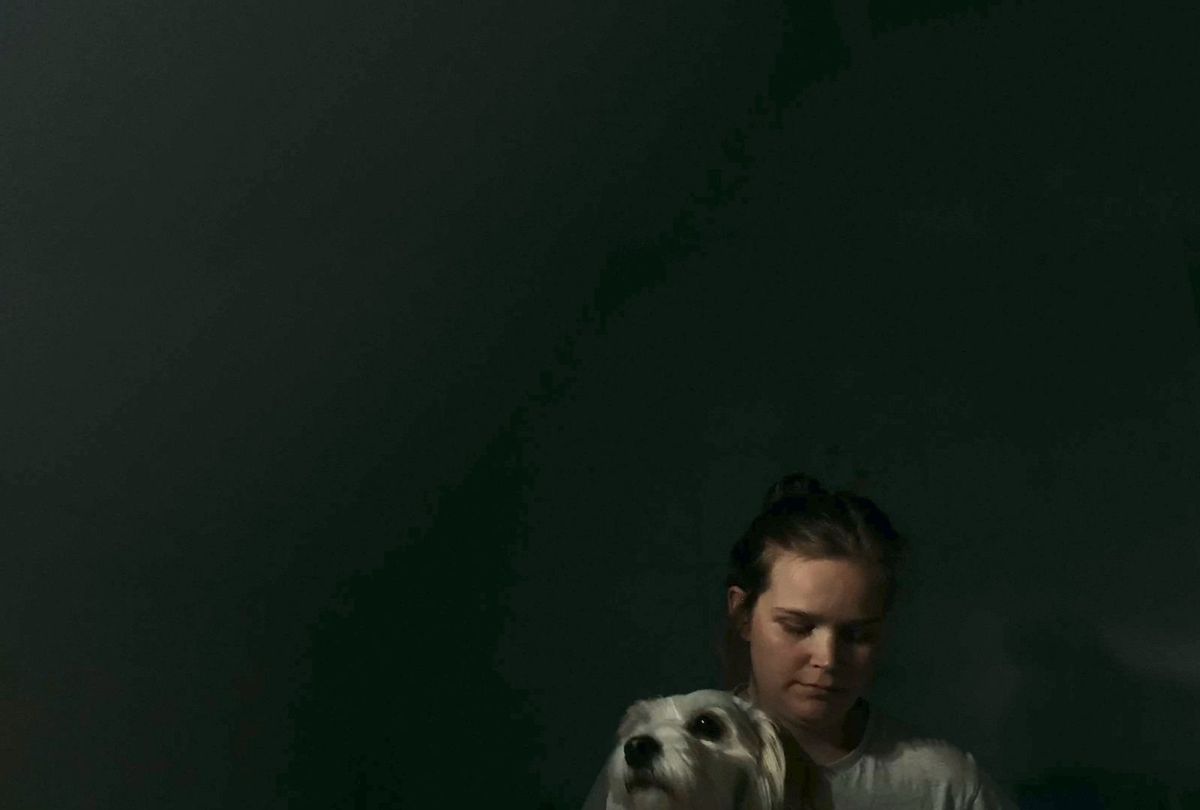 Add "Erēmīta (Anthologies)" to the growing list of collected short films — including Netflix's "Homemade" — created during the pandemic. This hour-long program, made during the first lockdown, was compiled by filmmaker Sam Abbas. It features six shorts by cinematographers from around the world who were told to shoot on their cell phones without any lenses, rigs, or audio devices.

The program is mostly experimental, and is (as with most short anthology programs), a mixed bag. That is more an observation than a criticism; this kind of cinema is designed for sensorial appreciation. The entries in "Erēmīta (Anthologies)" eschew the "set-up, suspense, payoff" arc of narrative shorts and instead deliberately create a hazy, seductive, dreamlike feeling.

The film opens with a quote defining the word hermit, or eremite, as "a person who lives in seclusion from society." Additional text cites Nietzsche and "Thus Spoke Zarathustra" which featured the titular hermit who lived in solitude for 10 years (accompanied by an eagle and a snake) and "did not grow weary of it." Sections in the documentary are titled, "Eagle and Snake," or "Zarathustra" as an homage to Nietzsche.

"Erēmīta (Anthologies)" has a variety of different styles and approaches, which will appeal to different viewers for different reasons. There are some impressionistic scenes of slow cinema — a static shot of a woman and her dog, a sink filling with water, and ambient sounds.

Eventually, the first short, "Solsticio de Invierno," by Soledad Rodriguez, begins. It features compressed and distorted images, such as the texture of an animal's fur, or the pavement. There are shots of cats, the sky, balconies, and trees. Spanish is heard on a car radio, as is the driver's turn signal. The short is not subtitled, but the images — sometimes seen in extreme close-up — create vivid impressions. Blue ocean waves, or parts of an elephant provide some sense of location, but the overall effect is disorienting, especially during the short's final, obfuscating shot. This may be the very point.

The "Interlude" that follows looks like a still shot of an empty bed. Though maybe that is a body lying under the sheet. It is hard to tell, but viewers have four minutes to contemplate.

"Erēmīta (Anthologies)" continues with "A Well Watered Woman" by Ashley Connor, which is features some arresting images of a foot on a bathroom tile, or a hand on a wall. There are many other close-ups of skin and body parts, edited rapidly, along with shots from rooftops, bodies of water, clouds, and more. Connor's short is wonderfully textured, zooming in on a lace curtain, or a screen, or a window. Shadows on a street are playful, as are reflections of bodies.

Images of a field, or flowers, also allow viewers to create associations with pandemic conditions and how life is balanced between being inside and outdoors.

The next short, "Point of View," by Stefano Falivene, opens promisingly with scenes shot in empty streets of Rome, but once the film enters a house it immerses viewers in Zoom calls — one involving a student discussing Dante, and the other of a man talking about filmmaking in Italy with a colleague. These conversations may capture the way school and work are handled during pandemic conditions, but these scenes are not particularly interesting or as meaningful as when someone talks about feeling anguish over the death of the elderly because of COVID.

Better is "The Florida Project" cinematographer Alexis Zabé's "Shelter in Place" a documentary portrait of the "community of artists and outsiders that make the Venice [California] Boardwalk their home." The denizens express their frustration of being in greater limbo during the pandemic, but one man also describes his sense of freedom. "Shelter in Place" is easily the most accessible short in "Erēmīta (Anthologies)" and it ends on a particularly poignant note, with an image of the words "Love; Be Kind" created in a cyclone fence out of yellow caution tape.

The last entry, "Ceux d'en Haut," by Antoine Herberlé, is a curious exchange between two neighbors (Julia Herberlé-Neubern and Camille Soumar) who live in the same apartment building. There are lovely moments of the neighbors sharing a piece of cake or dancing in silhouette, but the narrative here, which includes reassembling a radio, is a little too thin to be satisfying.

The film as a whole allows audiences to take what they want from each vignette. The cinematography is often inventive, even if the emotional response is tenuous. But there are moments of Zen, scenes that are boring, scenes that are enthralling, and — because these are experimental shorts — glimpses of nudity and moments of pretention and self-indulgence. Regardless of what one gets out of "Erēmīta (Anthologies)," this ambitious project provides different forms of connection and reflection, and that may be its greatest accomplishment.

"Erēmīta (Anthologies)" will screen in virtual cinemas starting Friday, Feb. 26 in New York, California, Texas, Washington, and Maine with 100% of the filmmakers' share of revenue from rentals donated to Amnesty International.