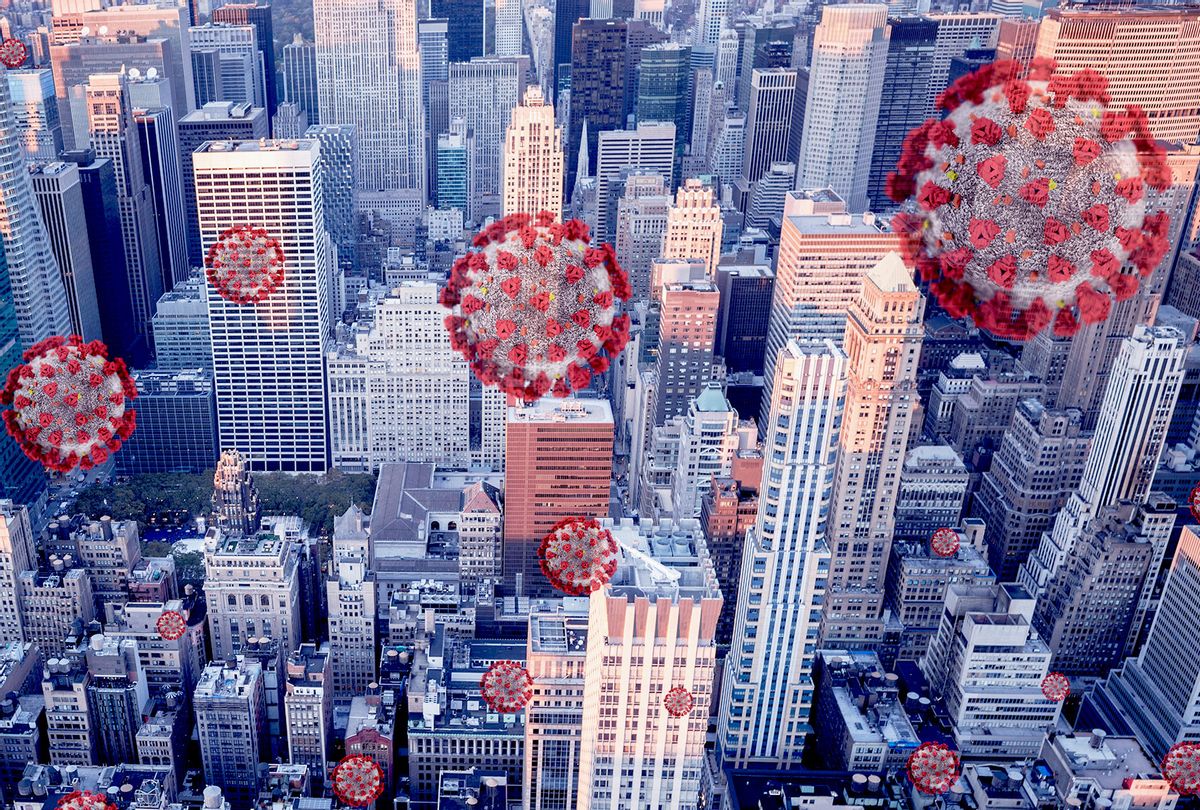 One of the greatest ongoing pandemic concerns is how the SARS-CoV-2 coronavirus, which causes the disease, frequently mutates. Some of these mutations have become household names: there's B.1.1.7, which originated in the United Kingdom and is more transmissible than usual strains of the novel coronavirus. The 501Y.V2 strain, which originated in South Africa, raised alarm last month after a paper revealed that many people who contracted other coronavirus strains did not have antibodies which protected them from the new one. Then there was a hybrid coronavirus that scientists announced earlier this month had been discovered in California; this one combined B.1.1.7 with a different coronavirus strain.

Now there is a mutant version of the novel coronavirus in New York City called B.1.526, according to a pair of studies produced by Caltech and Columbia University. Neither of them has been published in a scientific journal or been vetted through the peer review process, which means scientists do not have definitive information about if and/or how the new strain will pose a greater risk to human health. What we know for sure is that B.1.526 is a hybrid of two mutations: One mutation, E484K, is believed to help the viruses beat the vaccines; another mutation, S477N, scientists theorize has an effect on how tightly the virus binds itself to cells.

The Caltech study says that B.1.526 accounts for more than one out of four of the New York City viral sequences in their database, while Columbia found that 12 percent of the coronavirus patients at their medical center had a strain with the E484K mutation. Those patients were more likely to have been hospitalized and were on average six years older.

"Given the involvement of E484K or S477N, combined with the fact that the New York region has a lot of standing immunity from the spring wave, this is definitely one to watch," said Kristian Andersen, a virologist at the Scripps Research Institute in San Diego who was not involved in either the Caltech or Columbia papers, told the Times. Andersen's views were echoed by Rockefeller University immunologist Michel Nussenzweig, who told the publication that this is "not particularly happy news" but added "knowing about it is good because then we can perhaps do something about it."

Yet there is some controversy over the allegation that the Columbia paper was brought to the public's attention by The New York Times before being shared with public health authorities.

"The Caltech paper by [computational biologist Anthony] West is better," Dr. William Haseltine, the chair and president of the global health think tank Access Health International and a biologist famous for his work in confronting the HIV/AIDS epidemic, wrote to Salon.

Haseltine says that the CalTech group reported on two variants in New York City and the Columbia group only reported on one. Still, Haseltine calls the discovery  a "big deal," and said that observations suggest the new variants are more transmissible, more likely to infect young children, more virulent and can avoid antibodies both produced by the body and induced by vaccines.

"We know the virus mutates frequently," Dr. Georges Benjamin, Executive Director of the American Public Health Association, told Salon by email. "While transparency is important we need to be careful that we don't release material until it has been reasonably vetted and the material ready for preprint. The issue is not that there are variants; we know that now that we are looking we will find a lot of them. The issue is what do these variants mean clinically and, what is their potential for vaccine escape."

He added, "My suggestion is people doing these kinds of studies be prepared to answer these two questions as a component of releasing their important work. People responding to this should fully assess the potential impact before changing public health recommendations."

Dr. Russell Medford, Chairman of the Center for Global Health Innovation and Global Health Crisis Coordination Center, expressed similar views to Salon by email, writing that scientists already expected to discover more strains of the novel coronavirus as genomic sequencing accelerates in the United States, that there is much additional information required before determining whether a given variant's mutations should cause major alarm and "public health officials need timely access to the highest quality data in order to make informed decisions."

"The data on the New York strains, while potentially concerning, is still early and would benefit from a rapid peer review," Medford explained. "Most importantly, the study only serves to emphasize our current public health efforts: enhanced genomic sequencing, rapid mass vaccination, mask-wearing, social distancing and handwashing."