A third vaccine just got approved. Does that mean more vaccines will soon be available? 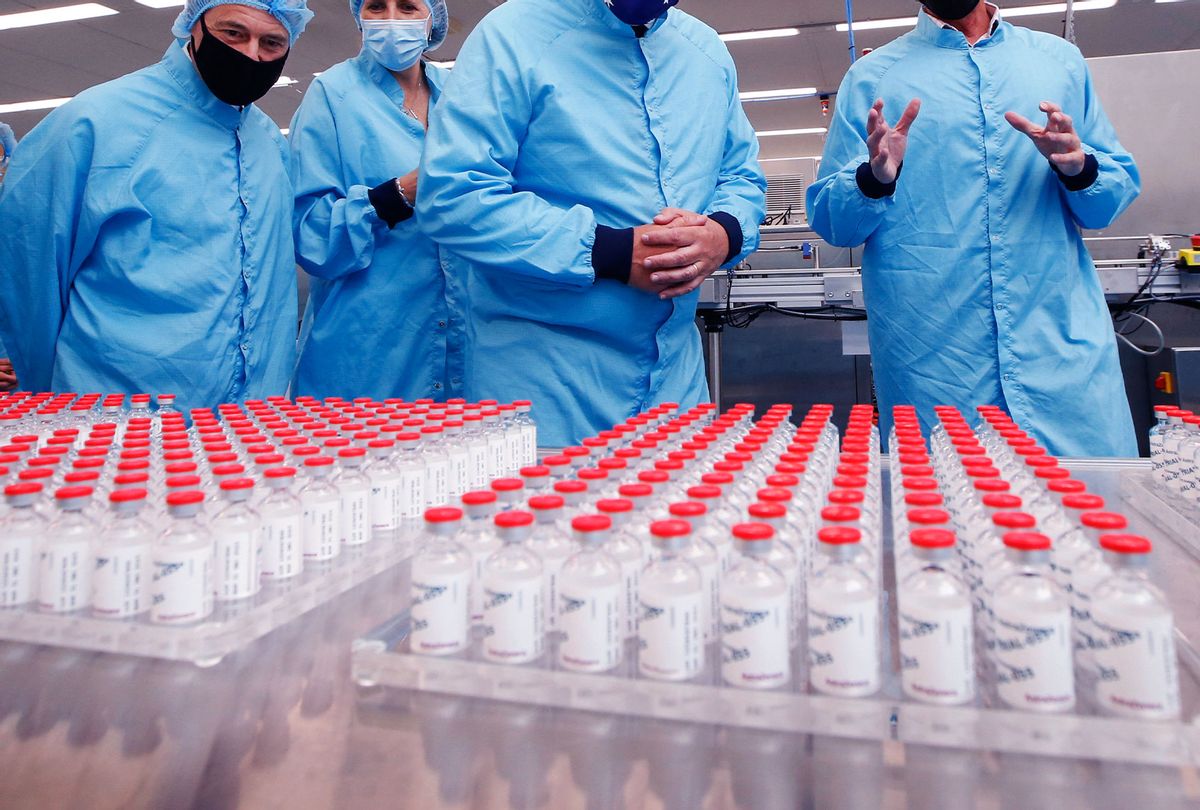 On Friday, a Food and Drug Administration (FDA) advisory committee authorized Johnson & Johnson's one-shot coronavirus vaccine, determining it to be safe and effective. This makes it likely that the FDA will allow the vaccine to be distributed throughout the United States potentially as early as Saturday. (It has not yet done so at the time of this writing.) When it does this, Johnson & Johnson's COVID-19 vaccine be the third vaccine allowed for distribution the United States, as well as the first designed to be given in one dose and to not utilize new mRNA technology.

This, naturally, raises the one question that is on everyone's mind: Will a third vaccine on the market mean more supply — and thus, a quicker end to the pandemic?

The answer to that question, like so many others involving the novel coronavirus, is mired in complexity and therefore uncertainty.

"It's possible that there could be some bottlenecks in distribution, but we don't really know yet as to whether or not they will actually materialize or not," Dr. Rob Handfield, a professor of supply chain management at North Carolina State University, told Salon. (Handfield and the other parties interviewed by Salon for this article spoke with the publication prior to the FDA's announcement.) "The problem is we don't really know yet where those bottlenecks will be. There's a good chance that there will be our distribution bottlenecks that potentially will occur."

There are a number of ways in which vaccine distribution can go awry. Indeed, we have already seen some of them play out: Local governments throughout the country have come up short on their vaccination goals because of poor planning. Vaccines have often been wasted or given to non-prioritized individuals because people who are scheduled to get their shots don't show up. The public and private sector has struggled to coordinate the logistics of an effective response, leading on many occasions to inefficiency and even chaos.

Yet there are also manufacturing issues that can occur, something that is easier to understand when you look at how vaccines are manufactured.

If you were to step inside the different factories that create vaccines, you would see something very different from the kinds of factories that mass produce cars or toys. Certain facilities exist to create the vaccine's raw ingredients, including materials for the cell cultures that will help grow the vaccine's antigens (often egg products) and inactivating ingredients like formaldehyde which weaken or kill the antigens before they are injected into the body. Then the raw materials are combined with absolute precision and inserted into sterile vials or syringes. After that, they are packaged, shipped and distributed, often with extra technology to make sure they don't go bad (for instance, the Pfizer and Moderna mRNA vaccines need to be constantly stored at very cold temperatures).

These processes require expensive and often complex machinery: stainless steel vats, massive ultracold freezers, incubators, specialized machinery like centrifuges, and traditional scientific laboratory equipment like microscopes and glassware. You need the vials and syringes themselves, of course, and trays for transporting materials between different factory locations when necessary. You need the equipment for people to actually put the vaccines in their bottles on an assembly line and dry ice to keep vaccines at the appropriate temperatures once they're ready to go.

With all of those variables, logistical difficulties can occur any step of the way. Even a seemingly small hiccup can cause a delay.

"The bottleneck is not workers — it's actually validating the new equipment that's going in to add to these production lines, and adding production lines is not simple," Handfield explained. "You have to validate them, you have to get FDA approval, they have to be inspected, they have to be tested. You're producing something that's being injected into human beings on a massive scale, so you have to be darn sure that the vaccine that's being manufactured meets all of these quality requirements." As a result, there are multiple tests and stages of validation that the different equipment and materials used to manufacture vaccines have to go through.

"This just takes time," Handfield explained. "You can't do it as quickly as you'd like." Indeed, Handfield said that the whole process usually takes many years; it is extremely impressive that pharmaceutical companies have gotten as far as they have as quickly as they have.

Other factors can also complicate the process. There can be supply chain shortages for everything from syringes and vials to the necessary raw ingredients. There can be unforeseen production issues and manufacturing delays, as something random can go wrong while scientists carefully create their complex biological products. Indeed, the unexpected problems can occur even before the vaccine have been manufactured. For instance, several pharmaceutical companies are purchasing their vials from a manufacturer, SiO2 Materials Science, that did not originally create airtight vials because they did not need to be airtight. Since the medicines will spoil if they come into contact with the air, the vials had to be modified using state-of-the-art chemical processes that hermetically seal them in. Although they have solved that problem, and SiO2 Materials Science is doing its best to increase production to meet demand, as of last month they still found that demand exceeded supply.

There are also potential problems with vaccine misinformation that may affect distribution. People who wrongly believe that the government will somehow track or harm them through the vaccination process could make it more difficult to track who has been inoculated.

"People are also really concerned in this country with the idea of being tracked by the government, so this will play into how we communicate with them," U.S. Air Force Major Daniel J. Finkenstadt, an assistant professor in the Graduate School of Defense Management at the Naval Postgraduate School, said at a North Carolina State webinar in December. "How do we communicate that tracking through a personalized application is the safest bet for the whole country and for individuals – and that you're not giving up your liberties or your privacy by using these?"

All of that said, this does not mean that it isn't good news that the FDA is likely to authorize the Johnson & Johnson vaccine. As Stanford University infectious disease specialist Dr. Philip Grant told Salon by email, consumers do not have to worry about there being a shortage of facility to manufacture the vaccines because "each of the companies with approved vaccines have independent non-overlapping pipelines producing vaccine so a new vaccine approved will add to the overall supply." What's more, generally speaking vaccine companies had the foresight to make advance deals with the contract manufacturers whose facilities would be used to create the vaccines, so as Handfield told Salon, it is unlikely that either Johnson & Johnson or other large pharmaceutical companies will need to worry about not having buildings to manufacture vaccines. (By contrast expanding capacity to meet increasing demand, he noted, could take time.) He also pointed out that Johnson & Johnson's vaccine could be easier to distribute because it only requires one shot.

"Getting them to come back for a second shot maybe is more problematic under these conditions," Handfield explained. "If it's a one-shot vaccine, which it is, that works better for these mass vaccinations. It also works better when you start going into rural communities where you might have a mass vaccination, say, to a church local church on a Sunday, or you might get community leaders to bring people together on a one-time basis. It's a one and done, which is useful for these diverse populations where it may be difficult to get people back for a second shot."