Why are Republicans blocking the massive reform bill that could fix politics? Because they prefer things broken 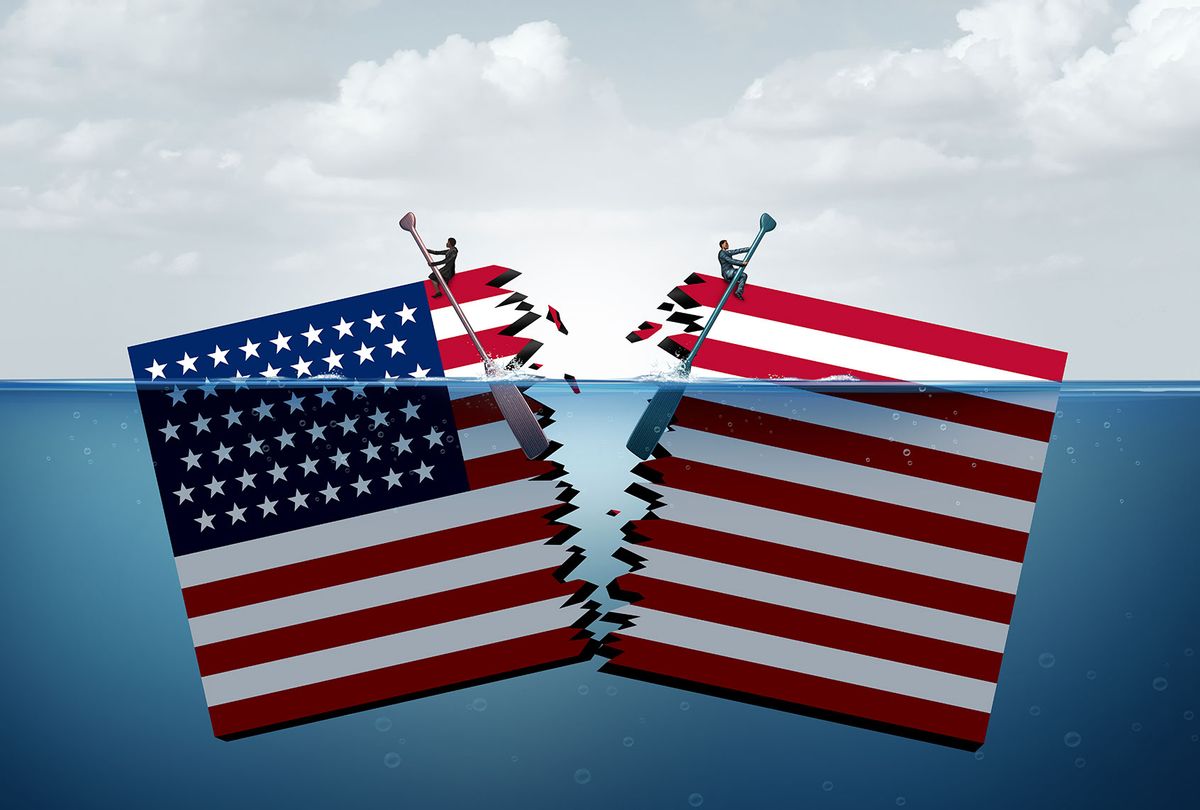 What could be the most momentous transformation of the U.S. political system in generations kicked off last week, but most Americans probably didn't hear much, if anything, about it in their normal news diets.

A sweeping package of voting rights, election, ethics and campaign finance measures aimed at expanding the franchise, reducing the influence of money and fighting political corruption passed the House in the form of H.R. 1, the For the People Act.

Unlike when it passed the House in 2019, this time around the bill has a chance at winning Senate approval and has the enthusiastic support of the White House.

But the modest coverage of H.R. 1's passage in major outlets was quickly submerged beneath other news. There was no mention of it on front pages or the evening network newscasts.

For big-media political reporters, democratic reform is boring. It's old news. It's painfully earnest. It is not sexy.

But the dearth of coverage of H.R. 1's passage was a terrible disservice to the American public, and not just because it should have produced major headlines after the vote.

Political reporters should be writing about H.R. 1 — as a reflection of the need to bind the injuries our democracy has suffered — every single day, because those injuries are the underlying cause of all the political dysfunction they report on every single day.

H.R. 1 is a huge deal because it speaks directly to the ways American democracy has been warped — and that warping is what makes all the strange things that happen in Washington explicable. Why is there so much gridlock? Why don't measures with widespread public support make it into law? Why do the wealthy so often get their way? Why are some votes worth more than others? Why aren't liars and radical extremists held accountable?

All of that would be different if more people voted, if their votes were counted more equally and if big money didn't corrupt elections and governing.

Republicans know it. That's why, after decades of spreading disinformation about voter fraud to suppress voting, they are now weaponizing the Big Lie that the election was stolen from Donald Trump to push for literally hundreds of bills in 43 states to even further limit the franchise, part of their increasingly overt attempt to subvert majority rule.

Progressives know it. That's why almost every major labor, racial justice, voting rights, faith, environmental, women's rights and good government group has joined the coalition advocating for H.R. 1 and is making its passage a top priority.

Most political journalists would acknowledge the extraordinary significance of democracy erosion and democracy reform if you pressed them. But only some of them see that an important aspect of their job as to explain the big picture, which generally isn't obvious to ordinary news consumers.

Ron Brownstein at the Atlantic does that sometimes, and he wrote a terrific scene-setter on the day of the vote:

It's no exaggeration to say that future Americans could view the resolution of this struggle as a turning point in the history of U.S. democracy. The outcome could not only shape the balance of power between the parties, but determine whether that democracy grows more inclusive or exclusionary.

Every major news organization should have someone on the democracy beat. I see ProPublica is hiring. Until then, thank God for Ari Berman, now at Mother Jones, and his extraordinary coverage over the years, most recently about H.R. 1 and the GOP's extreme voter suppression measures.

As Berman wrote, H.R. 1 "will soon move to the Senate, where this critical fight will likely lead to an all-out battle over how that chamber conducts its business."

In 2019, then-Senate Majority Leader Mitch McConnell wouldn't even let the Senate consider it. Now, as David Hawkings reported for The Fulcrum, "Senate Majority Leader Chuck Schumer has promised to force a vote on the measure," but "has not signaled how quickly he will do so … or whether there's a chance he might use that debate as the moment to undo the decades-long power of 41 dissenting senators to block legislation."

Indeed, although the Biden White House issued a strong statement of administration policy describing the bill as "landmark legislation ... urgently needed to protect the right to vote and the integrity of our elections, and to repair and strengthen American democracy," the only way H.R. 1 could conceivably get passed in the Senate is if it can't be stopped through a Republican filibuster.

Too much of what little coverage H.R. 1 got was procedural rather than contextual. Ella Nilsen's story for Vox was actually headlined "House Democrats' massive voting rights bill, explained," but still focused on the politics and the filibuster.

Even worse has been the occasional story that tries to both-sides the issue of voting. No self-respecting reporter should validate political arguments they know are utterly fraudulent. An early version of a Los Angeles Times story last week got me pretty hacked off.

Heck, polls show that even Republicans (voters, that is, not the party leaders) support H.R. 1.

Efforts to attack the core of H.R. 1, like the one last week from former Vice President Mike Pence, are compendiums of lies — from the old ones about nonexistent mass voter fraud to the new ones about "vulnerabilities" that led "large numbers of Republicans" to "not trust the outcome of the 2020 election."

Yes, Republican rhetoric on H.R. 1 is apocalyptic, as a recent Washington Post editorial put it — and yes, it's because the GOP is afraid of democracy, as the editorial asked. There is no bigger political story in America right now.