Italian-Americans and the language of food: How calamari became galamar and ricotta became rigott

I'm half-Italian, but I didn’t grow up speaking a lick of the mellifluous tongue 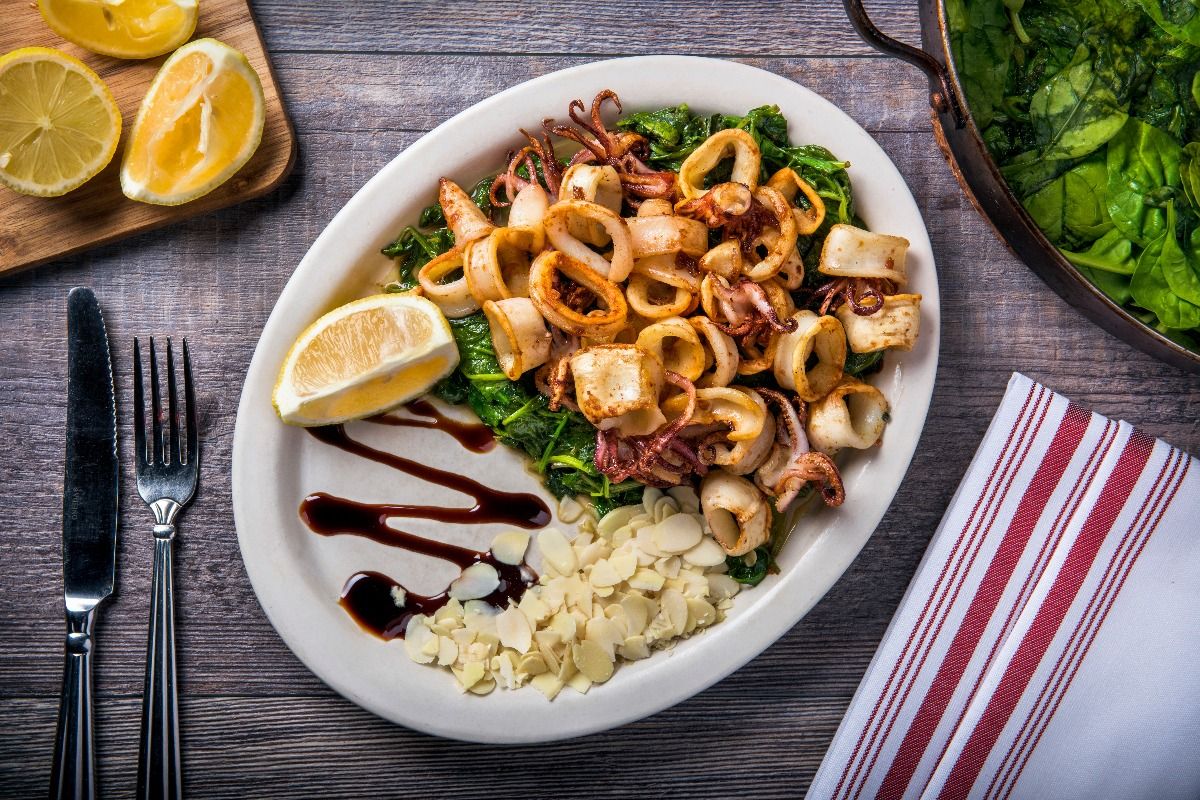 New Jersey is a wonderfully diverse place. Though a relatively small state, it has the highest population density in the U.S. It's also brimming with an immense amount of Italian-American residents.

I'm half-Italian, but I didn't grow up speaking a lick of the mellifluous tongue. From pizza and pasta to "The Sopranos," I was raised in a place where the notion of Italy is celebrated. However, it took me some time to note that this was not Italian culture, per se, but a slightly different "sect" altogether — an Italian-American history and culture that's rich in and of itself.

It wasn't until culinary school that I began to embrace all that the Italian-American experience has to offer, which is so much more than chicken parm. From bolognese and gnocchi to caponata and fennel, the breadth of Italian-American cuisine began to come into full view, and I've been eager to learn and consume as much as possible about the storied culture's food and history ever since. (It also didn't hurt that I have a killer Italian accent.)

RELATED: The absolute best way to cook fennel (because this underappreciated veggie deserves a Renaissance)

One question that inevitably comes up is the vocabulary. Where did terms like rigott, muzzarell, manigott, gabagool or galamar come from? Why are they so vastly different from the technically "correct" pronunciations — ricotta, mozzarella, manicotti, capicolla and calamari  — that are taught in Italian classes worldwide? The answer goes far beyond slang.

My friend Angela Gallo, who grew up speaking Italian in New Jersey and began to learn English at about four years old, spoke to me about this topic from her unique perspective. Angela noted that "the national language may be Italian, but every single town has a dialect, or a variation of the language, which is entirely unique to the people living there. When Italians first started immigrating to America in the late 19th century in hopes of a better future, the majority of them only knew how to speak in their local dialect. When these individuals arrived in America, they stuck together to face the unknown new world."

About five years ago, Gallo actually moved just outside of Matera southern Italy, where she teaches English to Italian speakers. She adds that "the pronunciations we're used to hearing when we find ourselves in an Italian specialty shop or talking to Italian-Americans are miles away from their real pronunciation. This is because the Italian immigrants that first started selling these products would call them in the only kind of Italian that they knew: their dialect name. And as the years passed and children took over their parents' stores, the dialect words followed and slightly morphed, thus leading to today's pronunciation of [certain] words.  They're a mix of Italian dialect with a dash of English."

There is a slew of literature on these topics, going more in-depth about how vocal chords vibrate when pronouncing certain letters or sounds, voiced vs. unvoiced consonants and other linguistic details. Brian Alcamoy notes in JP Linguistics that primarily Southern dialects have influenced the pronunciation of Italian-American words, resulting in words such as rigott. In many instances, the final syllable — which in some cases is just a single letter e.g., mortadell instead of mortadella — is dropped. This is further clarified in Best Of NJ, where Fabiana Santana writes, "Italian immigrants came from the south of Italy, where it was common to leave off the final vowel in a word and to change voiceless consonants, like the k-sounds in capicol, to voiced consonants, like the g-sounds in gabagool."

La Voce di New York states that "Italian is the fourth most studied language in the world and the fifth most studied foreign language in American universities." Determining how many people worldwide speak Italian dialects, however, is much more difficult to pinpoint. In "Italian Speech Varieties in the United States and the Italian-American Lingua Franca," Hermann W Haller notes that "due to the distance from the mother country, Italians living in the U.S. generally lacked exposure to standard Italian. They formed enclaves of predominantly Southern-Italian dialect speakers in a hegemonic cultural and linguistic environment which long considered Italian and 'ethnic' or 'immigrant' language with little prestige, not to be taught in the school system." According to Atlas Obscura's Dan Nosowitz, 80% of Italian-Americans hail from the south. That same article notes that the linguistic makeup of Italy in the 1800s was wildly disparate, and the southern islands of Sicily and Sardinia "were, basically, different countries."

When these individuals emigrated to the U.S., they primarily dispersed throughout the Northeast. "Italian-American Italian is not at all like standard Italian. Instead, it's a construction of the frozen shards left over from languages that don't even really exist in Italy anymore, with minimal intervention from modern Italian," Nosowitz adds. In some ways, this new "language" allowed Italian immigrants to foster a new community in America. "They weren't allowed to speak Italian here, but didn't know how to speak English. This was how they were able to forge a community amongst themselves," Santana writes.

Like many immigrants, many Italian-Americans didn't teach the "home language," hoping that this would allow their children and grandchildren to learn English and assimilate more easily into the culture — as unfortunate as that may be. However, these peculiarities obviously stuck in an interesting way. In 2021, you can overhear someone order fresh mutz at a deli or galamar at a pizzeria. While there are certainly some additional Italian-American pronunciation quirks, such as sangwich or marscapone, that may be a linguistics conversation for another day.