MAGA world civil war? Not quite — but pro-Trump figures are squabbling

No joy in MAGAville as Sidney Powell, the MyPillow guy, Steve Bannon and the Parler founder go at each other 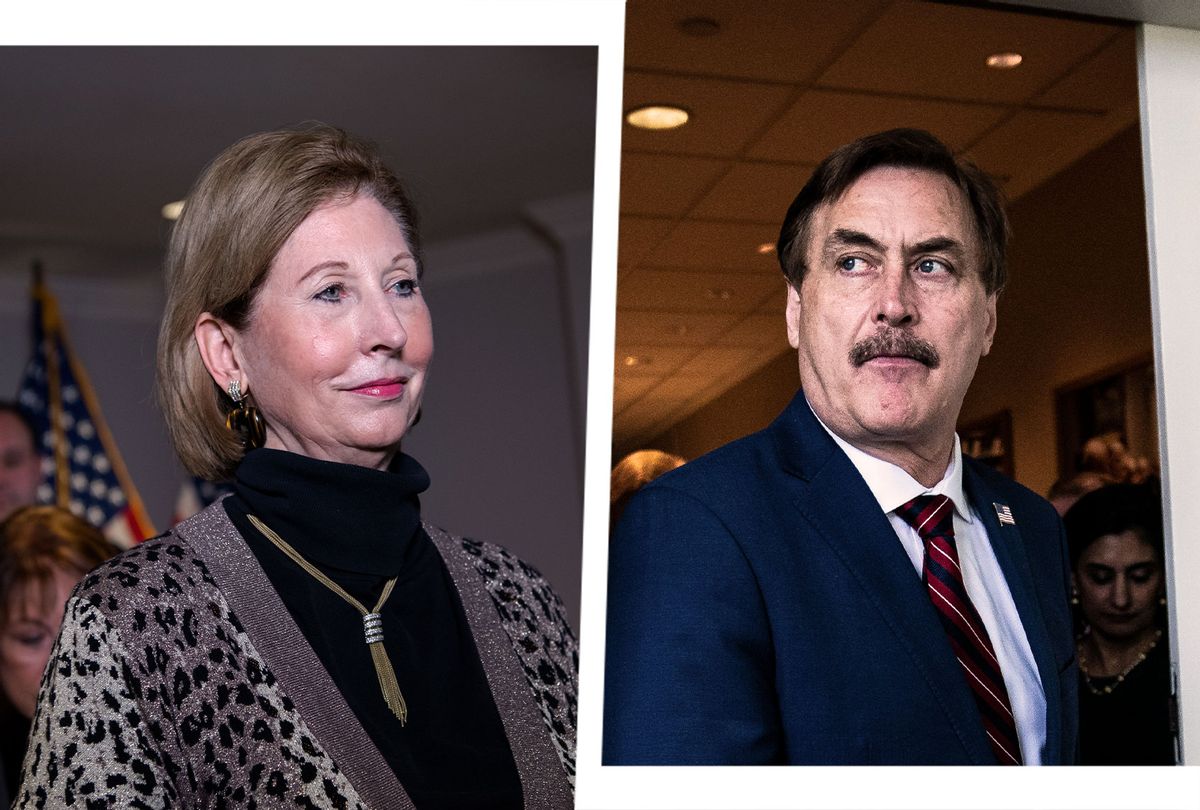 With Donald Trump's presidency now in the past, competing factions are emerging among TrumpWorld characters who are now in open conflict with each other. From MyPillow CEO Mike Lindell's beef with Fox News to former Parler CEO John Matze's clashing with his former employer, longtime allies in the MAGA movement, are now turning against each other.

On Tuesday alone, several such feuds were on display. The day began with the news that formerly Trump-allied lawyer Sidney Powell, who once made grand, if entirely unsupported, claims about Dominion Voting Systems, alleging it had plotted to steal votes from Trump and deliver them to Joe Biden, had more or less backed down from her legal fight. Powell asked a judge to dismiss Dominion's $1.3 billion lawsuit against her and various other defendants, with her attorneys arguing in a letter to the judge that "no reasonable person" should have believed Powell's wild claims about the election.

"Reasonable people understand that the 'language of the political arena, like the language used in labor disputes ... is often vituperative, abusive and inexact,'" Powell's motion to dismiss read. "It is likewise a 'well-recognized principle that political statements are inherently prone to exaggeration and hyperbole.'"

Powell's legal strategy is strikingly similar to the legal argument previously deployed by Fox News host Tucker Carlson used in court, who suggested that what he says on the air shouldn't be taken seriously because he's expressing an opinion — on a channel that claims to deliver news.

Former Trump White House chief strategist Steve Bannon, weighing in on his right-wing podcast, "WarRoom Pandemic," appeared to turn against Powell, while celebrating Lindell, asserting that the pillow tycoon wouldn't seek to dismiss the lawsuit Dominion Voting Systems has filed against him, as Powell did.

"If you look at the public announcement today about the 'Kraken,' that ain't going to be Mike Lindell, he is coming hot and hard on this thing," Bannon stated Tuesday morning. "He's not backing off one inch!"

By lunchtime on Tuesday, Lindell himself had emerged, going on a full-on tear against Fox News, the cable network on which MyPillow runs advertisements around the clock.

"I want to say one thing here — here's things that don't make sense. Let's just talk about Fox!" Lindell exclaimed on a small right-wing YouTube channel. "You're already sued! It's too late to close the gate, the cows are already out of the barn!"

Despite running the company that is among Fox News' largest advertisers, Lindell hinted that Fox News might be "in on" the Dominion lawsuit filed against him.

"Why can't people go on there and say their free speech, then?" Lindell demanded. "You're already sued, Fox. What do you have — are you going to get double sued? What's the matter with you? What are they, in on it? I don't get it. Is it a fake lawsuit?" Lindell concluded, bemoaning the channel's lack of "election fraud" coverage.

MyPillow CEO Mike Lindell goes all in on attacking Fox News. "What's the matter with you...what, are you in on it" Lindell said. pic.twitter.com/pXjMrTFekR

A Fox News spokesperson didn't respond to a Salon request for comment on Lindell's monologue.

Yet the burgeoning rifts between right-wing folks on the internet didn't stop there. Former Parler CEO John Matze ended the day by claiming in a lawsuit that the alternative social media site he helped to create had been "hijacked" by Rebekah Mercer, the conservative billionaire, and right-wing mega-donor. Matze is now suing Parler for firing him and stripping away his 40% ownership stake in the company, seeking "both compensatory and punitive damages pursuant to his claims."