AAPI advocates call for Biden to do more in response to rise of vicious pandemic-era bigotry, hate crimes 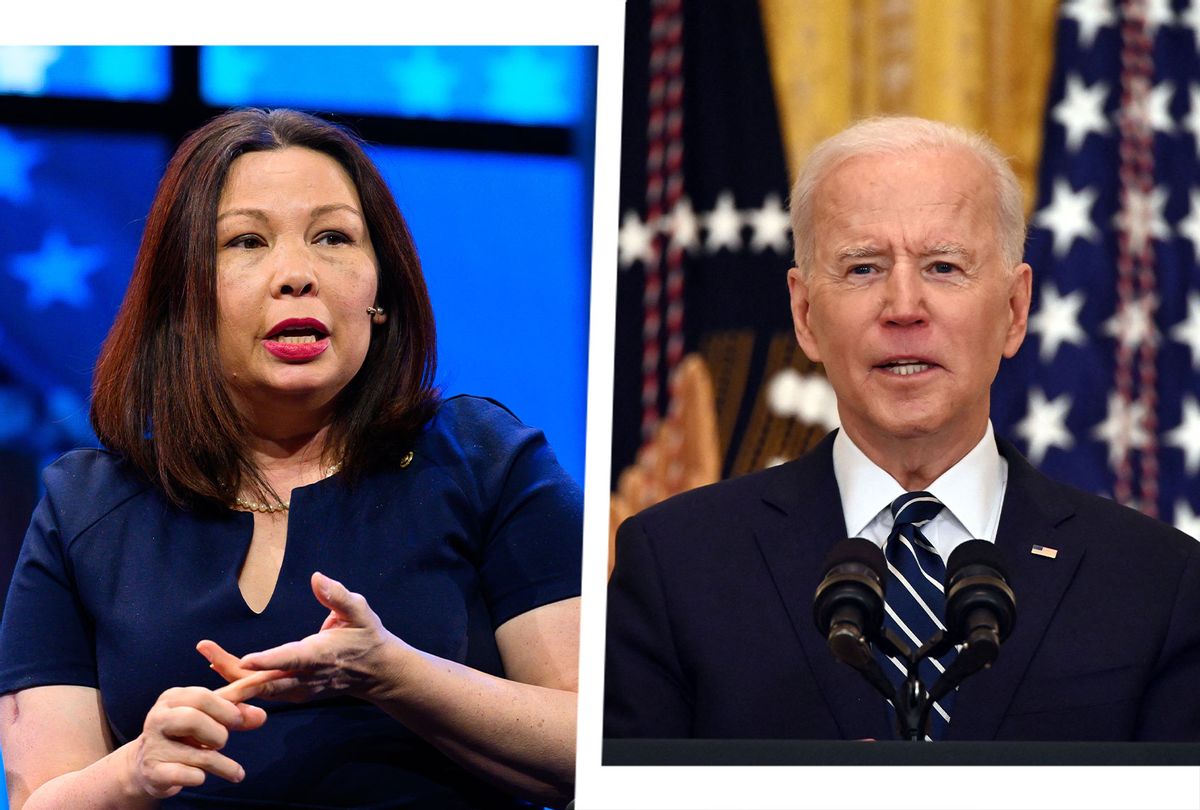 White House press secretary Jen Psaki announced a series of executive actions responding to the rise of anti-Asian hate crimes and vowed that the administration will soon appoint a member of the Asian American and Pacific Islander community who will oversee policy and outreach, after Sen. Tammy Duckworth, D-Ill., continued to criticize the lack of AAPI representation in the Cabinet.

The White House initially said it would create a new AAPI "liaison" position after Duckworth and Sen. Mazie Hirono, D-Hawaii — the first Asian woman to serve in the Senate — threatened to block President Joe Biden's sub-Cabinet and judicial appointments because the administration had failed to name any members of the AAPI community to the Cabinet. The senators backed off their threat after the announcement but Duckworth renewed her criticism of the administration in an interview with CBS News Monday.

Duckworth, the first woman of Thai descent elected to Congress, said her ultimatum came after a call in which White House officials responded to her concerns about the lack of representation by citing Vice President Kamala Harris' South Asian roots.

"The folks in the administration actually brought up her name and said, 'Well, you have Kamala, you don't need really any other Asians in the Cabinet,'" Duckworth told the outlet. "And I thought, wow, that's really offensive. You wouldn't say we have a white male president, there shouldn't be any more white male members of the Cabinet. Why would you say that to someone from the Asian community?"

A reporter cited the interview during Tuesday's White House press briefing, noting that the administration still has not responded to the AAPI community's demands for representation at the leadership levels in the executive branch.

"We've had a range of conversations with Sen. Duckworth since that call which happened about a week ago, including a commitment to naming a high-level member of the AAPI community to a position in the White House," Psaki said. "And that's something we're working to do through consultation with a range of officials. That person will be a commissioned officer and will be working on both policy and outreach. As soon as we have a name, we will share it with all of you."

Duckworth in the interview welcomed the move.

"I am so pleased that they're putting somebody in the White House … who will help us navigate these issues and bring up issues of real concern to Asian-Americans like the underreporting of violence against Asians," she said

Though Biden's 15 Cabinet heads do not include members of the AAPI community, he did appoint Katherine Tai as the first Asian American U.S. trade representative, which is a Cabinet-level position. He also nominated Neera Tanden, who is Indian-American, to head the Office of Management and Budget, another Cabinet-level position, but her nomination was shot down by Republicans and Sen. Joe Manchin, D-W.Va., over her history of "mean tweets."

AAPI advocacy groups have called for Biden to do more in response to the rise of hate crimes directed at Asian Americans, urging him to direct the Justice Department to investigate and prosecute anti-AAPI racism and back legislation focusing on hate crimes, like Hirono's COVID-19 Hate Crimes Act, which would assign a DOJ office to focus on COVID-19 related hate crimes. A recent analysis by the Center for the Study of Hate and Extremism at California State University, San Bernardino, found that overall hate crimes dropped 7% in the 16 largest cities in 2020 — but those targeting Asian Americans increased by nearly 150%.

Psaki on Tuesday also touted the Biden administration's actions to respond to the rise of anti-Asian violence and bigotry on the heels of a mass shooting in three Atlanta-area spas that killed eight people, including six Asian women.

The Department of Health and Human Services will also use $49.5 million from the American Rescue Plan to fund "community based, culturally specific services and programs" aimed at supporting AAPI survivors of sexual assault and domestic violence.

"I think there's no question that some of the damaging rhetoric that we saw during the prior administration, blaming — calling COVID, you know, the 'Wuhan virus' or other things led to, you know, perceptions of the Asian-American community that are inaccurate, unfair, that have elevated threats against Asian Americans, and we're seeing that around the country," Psaki said.

The memo instructed all federal agencies to ensure that official actions and documents "do not exhibit or contribute to racism, xenophobia, and intolerance against Asian Americans and Pacific Islanders" and instructs the Secretary of Health and Human Services to issue best practices for "advancing cultural competency, language access, and sensitivity towards Asian Americans and Pacific Islanders in the context of the Federal Government's COVID-19 response." The memo also instructs the Justice Department to expand collection of data and public reporting of crimes against the AAPI community.

"There is no doubt that our community is still at risk. I applaud President Biden for recognizing our community's pain and taking concrete actions to protect AAPI individuals from violence and root out anti-Asian bias while also supporting the victims of hate crimes," Duckworth said in a statement in response to Biden's new actions.

Psaki on Tuesday also vowed that the "administration will meet with AAPI leaders to hear their input on how we can play the most constructive role possible in the community" and highlighted Biden's remarks following the Georgia shootings.

"Too many Asian Americans have been walking up and down the streets and worrying, waking up each morning the past year feeling their safety and the safety of their loved ones are at stake," Biden said after meeting with members of the AAPI community in the wake of the attacks. "They've been attacked, blamed, scapegoated, and harassed. They've been verbally assaulted, physically assaulted, killed. … The conversation we had today with the AAPI leaders, and that we're hearing all across the country, is that hate and violence often hide in plain sight. And it's often met with silence. That's been true throughout our history, but that has to change — because our silence is complicity. We cannot be complicit. We have to speak out. We have to act."