Conservatives are fuming about potential "vaccine passports," but something similar is already required in the U.S. 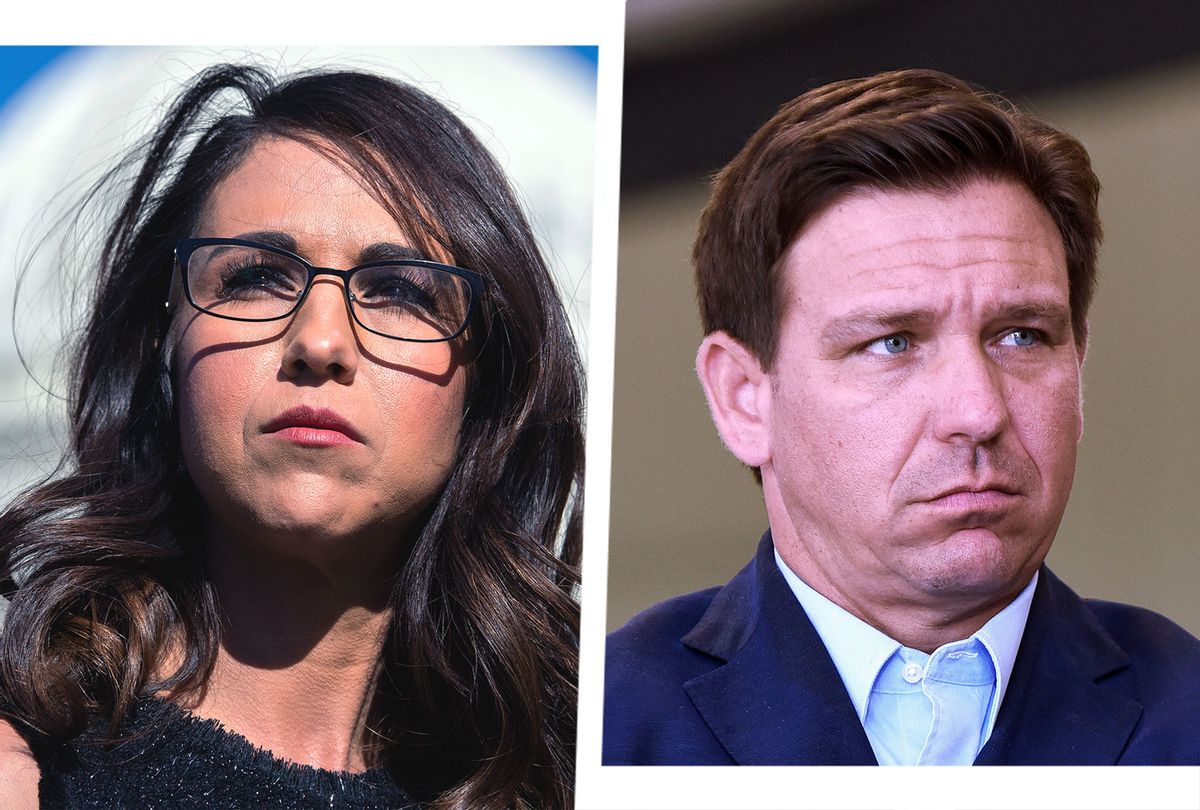 Conservatives are outraged over reports that the Biden administration is considering the adoption of a nationwide "vaccine passport" program that would track one's vaccination status and allow private companies to restrict entry into spaces from airplanes to restaurants if a person hasn't been vaccinated. Right-wing pundits quickly reacted by calling the idea an infringement on the "freedom" they hold dear as Americans.

On Monday, Florida Republican Governor Ron DeSantis blasted the idea and vowed to utilize an executive order to halt it from being implemented in his state. "It's completely unacceptable for either the government or the private sector to impose upon you the requirement that you show proof of vaccine to just simply be able to participate in normal society," DeSantis stated. "You want the fox to guard the henhouse? I mean, give me a break," the governor continued. "I think this is something that has huge privacy implications. It is not necessary to do."

"You want the fox to guard the hen house? I mean, give me a break." pic.twitter.com/99ZPY9K8AW

Republican Congresswoman Lauren Boebert of Colorado ranted about the passport being a "privacy" concern, tweeting, "Vaccine passports are meant to control what you can do, where you can go, and how much the government can know about your activities. Privacy is a right." Congressman Madison Cawthorn added, "America will NEVER become a 'show your papers' society." Rep. Marjorie Taylor Greene, the Georgia Republican infamous for her QAnon affiliation, called the idea of a vaccine passport a sign of "Biden's Mark of the Beast." Referring to something as the "mark of the beast" relates to a biblical passage from the Book of Revelations that notes something is evil or demonic in nature. Notably, not too long ago, MyPillow CEO Mike Lindell used the analogy, calling the coronavirus vaccine "mark of the beast."

Marjorie Taylor Greene says that a vaccine passport is "Biden's Mark of the Beast" and that any company the requires one is engaging in "corporate communism." pic.twitter.com/XtTvqw83tU

Other right-wing pundits ripped into the idea, calling the safety measure a "violation of individual freedom."

"Vaccine passports are a violation of individual freedom and a dangerous privacy risk regardless of the entity mandating their use," Federalist co-founder Ben Domenech tweeted. "Vaccine passports but no voter ID. Lol. Clown country," white nationalist friendly congressman Paul Gosar remarked. Former Trump lawyer Jenna Ellis, attempting to own the liberals, wrote: "The same leftists pushing vaccine passports are the same people claiming voter ID is racist. There is no actual principle or consistency behind the left's agenda except total control." Right-wing pundit Jesse Kelly also commented that vaccine passports would lead to a communist victory. "You must play offense, or you will lose to the communists. Freedom is not something you acquire by practicing it," he declared.

Fox News host Tucker Carlson railed against the idea of "vaccine passports," but not too long ago, Fox News contributor Dr. Marc Siegel was promoting the idea of the card as a way to get back to normal.

Vaccine passports were promoted on his show last month pic.twitter.com/JGS75OAJs6

The idea of documentation being mandated to allow someone to enter onto a property for the safety of the public's health isn't necessarily a novel idea, as elementary to high schools in the United States have long required students to be vaccinated and show proof of such to be enrolled at the institution. Another similar comparison to that of a "vaccine passport" would be "vaccine cards," which are already circulated and used by international travelers. "Vaccine passports are not a new idea. Frequent international travelers might be familiar with vaccine cards, which are typically a yellow paper showing a persons' vaccinations. Certain areas require proof of vaccination against illnesses like yellow fever or tuberculosis," U.S. News and World Reports noted.

As for if "vaccine passports" become the way of the future, one Stanford University professor believes so. "I think they are going to be pretty broadly adopted for certain activities, and it looks like air travel will be one of the first," Stanford University professor Dr. David Studdert told Salon in February. "I think there's a certain inevitability to them, but the question that I think many of us are wondering about is whether the government will get involved here, and offer some sort of public program."