On World Autism Awareness Day, the neurodivergent reflect on why pop culture depictions of autism are so off 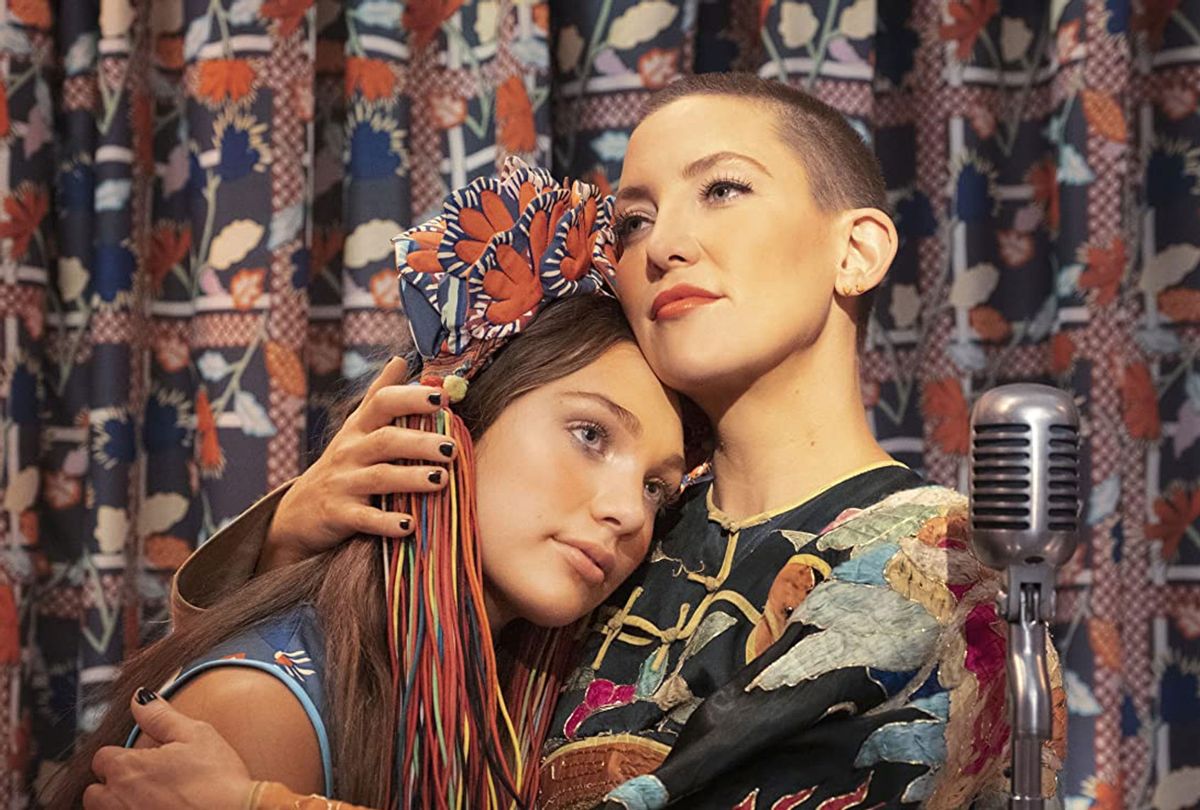 Earlier this year, Australian singer/songwriter Sia released a movie about an autistic character. Titled "Music," you may have heard of it because was almost universally panned. (You can read my own review here.) Critics, self included, felt that nearly everything about that cinematic catastrophe was wrong: It was boring. It was hackneyed. It was pretentious. Most egregious of all, though, its titular autistic character — played by a neurotypical actress, no less — was an over-the-top caricature, one who existed mainly as a prop to help a non-autistic character realize her potential.

While obviously these things are matters of opinion, there are few people within or outside of the autism community who will defend "Music." Yet as we acknowledge World Autism Awareness Day, it is valid to ask ourselves: What does a good representation of autism in media look like? Does such a representation even exist?

When you talk to people who are neurodiverse, one problem they consistently identify is that even well-developed characters who seem to be on the spectrum are frequently "coded" — that is, they are given personality traits associated with autism but are never directly identified as being autistic.

"I have yet to seen a portrayal in the media that feels genuine," Becca Hector, an autism and neurodiversity consultant and mentor in Colorado, told Salon via Facebook. After noting the prevalence of autistic stereotyping in media, and particularly the entertainment industry, she added that "the closest they ever got, in my opinion, is Temperance Bones from the TV show 'Bones.'" Hector praised how the character "acted" autistic and the people around her responded with a mixture of laughter and exasperation, which struck her as realistic. At the same time, Bones was "absolutely coded."

Jen Elcheson, a 39-year-old autistic paraeducator and published author living in western Canada, agreed with Hector about Bones in the Facebook conversation. "Honestly, I find autistic coded characters easier to relate to in entertainment than the ones they purposely make autistic," she observed. "Because when they do it deliberately, it's usually characters laden in all the stereotypes."

Elcheson cited the 2016 movie "Carrie Pilby" as another example of a positive representation of autism in media.

"They described the main character as gifted and introverted, but any autistic could tell you she was one of us," Elcheson explained. Yet the problem is that, again, the character was coded. "When characters are coded not only does the greater public miss out on seeing a different depiction of an autistic that isn't a stereotype, but the autistic community once again experiences erasure," she added. "Not intended, but we feel it."

Morenike Giwa-Onaiwu, a visiting scholar at Rice University who is also on the autism spectrum, was more ambivalent.

"In some ways, having the character 'coded' but not outright called autistic is more inclusive with regard to neurodiversity, given that autism is but one neurotype," Giwa-Onaiwu told Salon by email. "However, it also feels/seems almost like the failure to outright state that the person is autistic is almost appropriative. Like...you are obviously patterning your character after us, but you won't 'claim' us...why? Is it based upon some silly notion that 'labeling' is harmful? It's not harmful to be what you are and to call it what it is. Disability is not a dirty word and neither is autism."

Giwa-Onaiwu, who is African American, added that this is analogous to "the same problematic mindset behind 'I don't see color.' We WANT our neurology to be acknowledged and we WANT our color to be seen...just don't look down upon them when you do see them — but please, see us. We're here."

In search of autistic characters that aren't one-note

One pop culture representation of autism that has been praised, both because its main autistic character is played by someone on the spectrum and is openly identified as such, is the TV show "Everything's Gonna Be Okay," which returns for its second season on Freeform on April 8. (Read my review for season one here.)

"I think for some of the best that we've had recently was definitely Kayla Cromer [who stars as the autistic character Matilda] in 'Everything's Gonna Be Okay," Haley Moss, an autism advocate and the first openly autistic female attorney in Florida history, told Salon. "What makes 'Everything's Gonna Be Okay' so great is we have an autistic actress playing an autistic character. It's very clear that her input is valued, that the character is very inoffensive. She's quirky. She's interesting. She's also kind of coming of age and she's not just dealing with the struggles of being autistic and the challenges and gifts that come along with that. I think that's something really powerful to see, and that it is a representation."

Moss also pointed to the Pixar short film "Loop," which features a non-speaking autistic girl of color on a boat.

"I think it was like seven or eight minutes that they introduce her to a fellow camper," Moss described. "She's at camp and she's like canoeing with this boy, Marcus, who has to learn how to interact with her. And they learned to kind of bond in this canoeing experience, even though they both communicate with each other very differently. So those are, I think are the best."

As for negative representations of autism in media, Giwa-Onaiwu noted that in movies like "Music," the autistic characters are either so underdeveloped that they become "a 'prop,'" or they are classified as cisgender white males, such as Max from "Parenthood" and Sheldon from "the Big Bang Theory." Although she felt that representations have "somewhat" improved since the controversial 1988 film "Rain Man," "the characters are still rare, unrelatable, over-acted, and almost always white. Where are the autistic people who look like me, who look like Rene, who look like Hari S. or like Lydia X.Z.Brown?"

Moss elaborated on how the movie "Rain Man," which was the box office champion in the year it was released and won Oscars for Best Picture and Best Actor in a Leading Role (for Dustin Hoffman), is problematic.

"People's idea of autism still stems from 'Rain Man,'" Moss explained. "I've had people say, 'But you're not like Rain Man. And it's really frustrating that 'Rain Man' has left such a stamp on not only pop culture, but how the public perceives autism. It makes it really difficult to kind of move past that for a lot of folks since they still see 'Rain Man' as the gold standard. It's 'Oh, okay. You're like Rain Man. No, I'm not!"

Sally J. Pla — an autistic children's author who writes books with neurodivergent main characters for elementary/middleschool kids and co-founded anovelmind.com, which assists librarians and teachers in finding good literary works for children who are neurodivergent or otherwise psychologically atypical — also singled out the character of Matilda from "Everything's Gonna Be Okay" as one of her favorite pop culture characterizations of autism.

"This girl is completely, boldly, cheerfully herself — the well-adjusted self-advocate I only wish I could have been — or had as a role model when I was 17 (and undiagnosed, and wholly confused)," Pla wrote to Salon. "It's especially wonderful to watch 'Matilda,' because stereotypes and misconceptions especially abound regarding females on the spectrum."

As for what those stereotypes are, Pla said, "We are not always robotic, or shy or socially clueless . . . We especially do not lack empathy! Also, we are chronically underdiagnosed."

Pla also identified three examples of tropes that make her "cringe," including "the long-suffering sibling" whose chances at achieving their personal goals are jeopardized because they must care for their autistic family member and the "misunderstood main character" whose autism exists mainly to be "a big problem and the main point of this story!" She identified the character of Sam from "Atypical" in season one as an example of this, although she admitted that the show had its strengths too.

Finally she criticized the character who exists as "the stereotypical comic-relief sidekick," such as Abed from "Community" or Sheldon. "We've all seen the quirky geeky pal who fumbles every social interaction — who exists to cue the ableist humor," Pla observed.

Natalie Oden, a 26-year-old actress and model in California who is on the spectrum, perhaps summed it up best.

"In my opinion, I think that representations of autism in media still has a long way to go," Oden told Salon by email. "For example, characters who are autistic are played by actors who are not autistic. Plus, the writing of autistic characters that are based on stereotypes. While yes some autistic people are like that and not all the stereotypes are bad, not all of us act the same."

Whether it's the stereotypical super genius or the bug-eyed cartoon character from "Music," critics on the spectrum agree that autistic people in media aren't allowed to be just that — people.

"What I do like to see is more positive representations of autistic people as being abled to do something just like anyone," Oden explained. "Roles like being a friend, doctor, parent, reporter, lawyer, cook, actor, just someone you see in your everyday lives."