In this warm new comedy, Josh Thomas ("Please Like Me") plays a young man raising his half-siblings 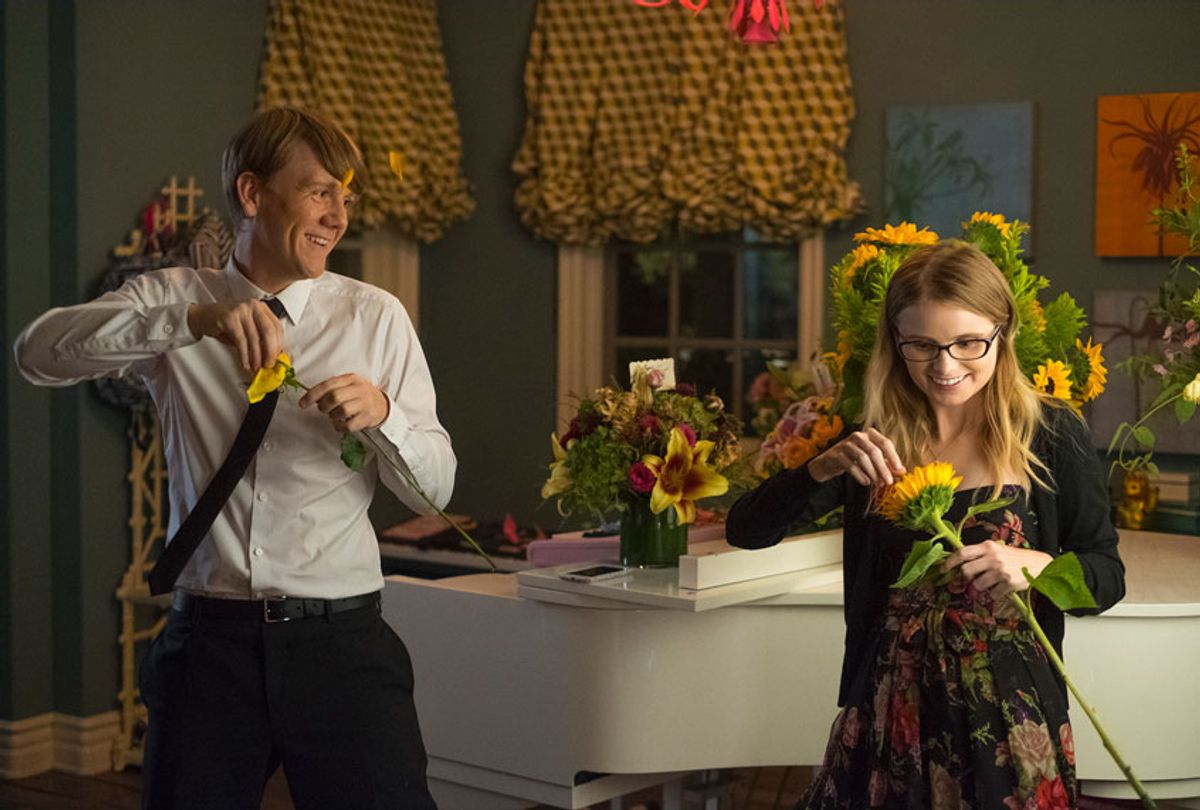 Watching "Everything's Gonna Be Okay" is like slipping into a warm bath, being wrapped in a loving hug or listening to a reassuring talk. As its title suggests, the new comedy series — which premieres on Freeform on Thursday at 8:30 p.m. ET — tackles even the most complicated, emotionally fraught subjects with an easygoing tone that leaves you feeling happy without ever seeming like it isn't treating the material with the seriousness it warrants.

Created by and starring Australian comic Josh Thomas (of the cult favorite "Please Like Me"), "Everything's Gonna Be Okay" tells the story of a 25-year-old entomologist named Nicholas (Thomas) who lives at home with his single father and helps (but not really) raise his two half-siblings, Genevieve (Maeve Press) and Matilda (Kayla Cromer). When his father unexpectedly announces that he has pancreatic cancer and isn't expected to live for very long, Nicholas embraces the role of father figure to the two teenage girls, and before long the funeral has come and gone and they need to proceed with a new life sans their beloved patriarch.

The show's greatest strength (based on the first six episodes, which were screened in advance for critics) is its trio of central characters, each of whom feels like a three-dimensional human being. Nicholas is particularly charming; even when his self-deprecating and puckish sense of humor occasionally veers toward insensitivity, he can rein himself in after a gentle chiding. He is also gay, and his matter-of-factly presented relationship with dental student Alex (Adam Faison) provides the series with welcome romantic chemistry.

Even the secondary characters offer surprises. When Genevieve, an introspective goth girl, stands up to a peer who seems to be a traditional bully, she becomes the target of vicious bullying in return. The show seems to be setting up a fairly straightforward bullying storyline, only to shrug off that standard sitcom trope: As is true with real teenagers, people can remain friends despite doing horrible things to one another, and the betrayals that led to her tormenting don't last, in part because her father dies. She resumes her friendships with the characters who, in a less thoughtful series, would have quickly become antagonistic caricatures.

Special kudos to the writers and Cromer for their depiction of Matilda, who is autistic. (Full disclosure: This author is also autistic, and Cromer is also on the spectrum.) All of the little details of depicting someone on the spectrum are just right: the struggle reading social cues, the extreme directness in expressing one's self that some find refreshing and others off-putting, the perseveration, the unerring ability to self-sabotage, ongoing need to ask for advice and feedback about handling various social situations since you don't have the tools to accurately assess them yourself. When she tells one character that she assumes people are just nice to her because they feel it's expected of them due to her autism, but suspects they secretly dislike her, she articulates a thought many people on the spectrum have every single day. On another occasion, when Matilda gets intoxicated for the first time and vents that "I'm always a burden. I thought it would be okay because I'm more adaptive than other people with autism…." she speaks a truth that is very specific to people who are "high functioning": We are supposed to be the ones who don't pose as much of a "problem" for the rest of the world, but we know that we're still different from neurotypicals, and struggle with self-loathing for knowing that to many, our quirks make us a burden.

Like the Netflix series "Atypical," "Everything's Gonna Be Okay" pays particular attention to the struggles faced by autistic people when they seek romantic relationships. Whereas "Atypical" often seemed to approach these problems from the vantage point of an outsider looking in, however, "Everything's Gonna Be Okay" dives into the mindset of the autistic character herself. When Matilda speaks frankly about her "budding sexuality" or deconstructs why she finds a particular boy to be attractive, she isn't playing the role of autistic child who is experimenting with this crazy thing called romance. She is a normal teenager who happens to process these things through an autistic lens. Like most other people her age, she still wants to find her own way sexually and is understandably frustrated that her autism causes some to treat her with kid gloves. Without delving into spoilers, the show doesn't shy away from exploring the trickier ethical questions entailed in her doing so, both for herself and other characters.

Much of the show's success or failure will rest on how it handles the character arcs that it has built up so far — many series achieve sublime lift-off before crashing and burning during their journey, and "Everything's Gonna Be Okay" could easily suffer that fate. But what has premiered so far is pretty damn exquisite. If the series can maintain this momentum, it could become the next big thing in American pop culture, and deservedly so.