The show's depiction of Sam is still problematic. But there's a lot to identify with in this new season 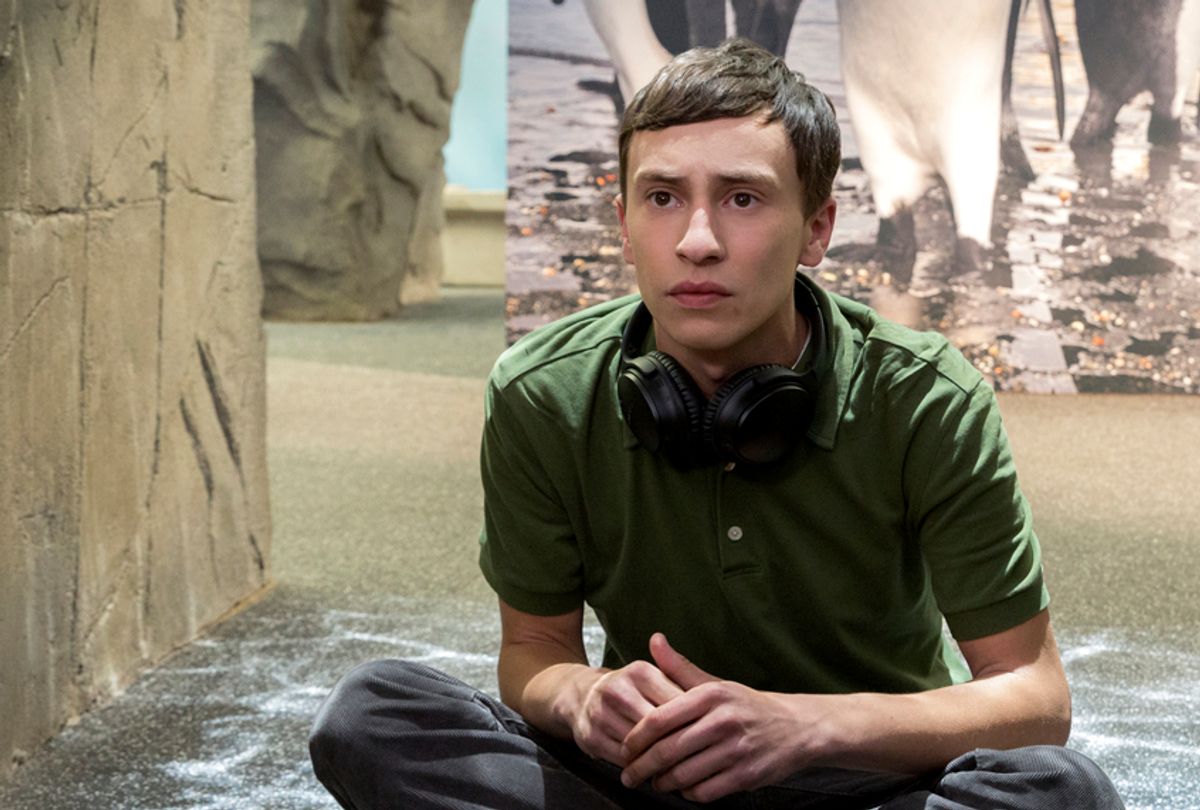 The second season of "Atypical," which premiered on Netflix earlier this month, has come out at during an unusually appropriate cultural moment. The number one movie at the box office this week is "The Predator," which has a protagonist whose autism plays a major role in the plot (he is characterized as the next phase in human evolution). It was an odd choice, but at least it had an openly autistic character in the first place. Now we have "Atypical," where the very title tells you that autism is going to be front and center in the program.

As an autistic person, the first season of "Atypical" rubbed me the wrong way. I argued at the time that the main character, a teenager with Asperger's Syndrome named Sam (Keir Gilchrist), didn't possess the traits of someone with autism, but was instead "only a degree or two removed from the familiar caricature of the idiot savant — inept, bumbling and awkward when the plot demands it, yet capable of being refreshingly intelligent, honest and funny." I also felt it made autistic people look "violent, creepy, cruel" and "like a monster," citing as one example a moment when Sam unintentionally humiliates his girlfriend. While some of the other characterizations of autistic people were indeed vilifying (like having him break into his therapist's office), this one in retrospect had some merit. People who are on the spectrum frequently struggle with reading social situations and, combined with their tendency to both be direct and require directness from others, are prone to coming across as awkward, annoying, obnoxious and even mean.

What I liked the most about the second season was how it focused more on these aspects of an autistic person's struggle. There are moments when Sam brings up facts seemingly at random, can't determine when to take things literally or how to pick up on unspoken social rules, and has trouble figuring out what a person needs unless it is verbalized. He hyper-intellectualizes problems, is embarrassingly candid and often pays a social price for it, and (of course) is regularly bullied and misunderstood by the people around him.

The fact that I could write up such a list about a show on autism is, frankly, gratifying. These are aspects of the autistic experience that are often overlooked in our popular culture, and "Atypical" deserves enormous credit for incorporating them, even if it is still heavily flawed.

"Atypical" picks up immediately where the first season ended, with Sam's father Doug Gardner (Michael Rapaport) having just learned that his mother Elsa (Jennifer Jason Leigh) had been carrying on an affair. Sam's younger sister Casey (Brigette Lundy-Paine) is struggling with bad grades and a frenemy named Izzie (Fivel Stewart) at her new prep school, while his former therapist Julia Sasaki (Amy Okuda) has to deal with pregnancy and continuing to be privy to Sam's unwanted presence in her life. She reacts to it as if she's charmed, but the failure to confront the social consequences of his stalking is still a major shortcoming.

Yet these aren't the interesting subplots. The problem is 100 percent with the writing — each of the actors does their best with what they're given, but (a) Gilchrist steals the show and (b) his storyline is the only one where the script doesn't appear to be on autopilot. He struggles with romance, social rejection, a regular series of obstacles that his neurotypical counterparts can avoid. The only major oversight involves the complete absence of commentary on the economic intolerance toward autistic traits that many people face, save for one casual aside during a group therapy scene.

"Sam’s autism was used as the punchline for many of the jokes and it seemed to me like the writers had gone through Wikipedia’s autism entry line by line, giving him every symptom listed there. Don’t get me wrong, they definitely did their research," Alex Plank, who founded WrongPlanet.net and is co-developing the new network, AutismStories.com, told Salon by email. "I could tell they read David Finch’s Journal of Best Practices and watched videos from Wrong Planet. A scene in the first episode of the series, where Sam’s therapist gives him tips on flirting, is inspired by a video I filmed at UCLA’s PEERS center."

Mickey Rowe, an autistic actor who has spoken about autism at the Kennedy Center and Lincoln Center, among other places, had a similar reaction.

“I can’t wait for season three of 'Atypical,' and have a loving challenge for Robia Rashid and 'Atypical'’s third season: hire an autistic writer, director, or producer!" Rowe told Salon by email. "Keep listening, keep slowly making progress towards representation, diversity, and equity. And thank you for the small changes you made this season. You got this. Now keep going."

Rowe made it clear that he also had reservations about how Sam was portrayed in the first season.

“Last year I made some noise about how I felt it was ridiculous that 'Atypical' was a show built to represent autism, and yet there were no actually autistic people really involved with the show," Rowe told Salon. "The article I wrote resonated with a lot of people and was shared a lot and this year there are not one, not two, not three, but more than five actors on the spectrum on the show in small roles."

As Plank noted, the writing was better in Season 2, even if the insufficient autistic representation on the show itself remains a problem.

"The writing also improved greatly because David Finch was hired to consult on the scripts," Plank told Salon. "Sam gained a lot more agency and became less of a caricature and I think he acted in ways that were more in line with what one should expect from an autistic high schooler. And unlike Season 1, the second season doesn’t have as many situations where I worry about stigma based on Sam’s actions (breaking into his therapist’s house was something that really bothered me in season 1). Also, I like that he deals with his romantic relationships in a somewhat innocent matter-of-fact way, which comes off as endearing rather than creepy. I like that 'Atypical' is not only crushing the stereotype that an autistic person can’t get a girlfriend, they’ve taken it further and written in multiple girls who are interested in him this season."

Would I recommend the second season of "Atypical"? Honestly, I'm not sure. The hokey writing and tedious subplots (those not involving Sam) makes it unlikely that anyone will enjoy this who isn't specifically interested in autistic fictional characters. If you do want to learn about autistic people, this show includes enough accurate details that it will be reasonably informative. On the other hand, it also uses Sam's autistic traits as a punchline more than a few times, and despite Gilchrist's strong performance, his character still often feels more like a caricature than a real human being.

It's a step in the right direction, but we still have a long way to go. And for all of its faults in depicting autism, at least "The Predator" had cool aliens.

Muppet Changes How Everyone Sees Autism