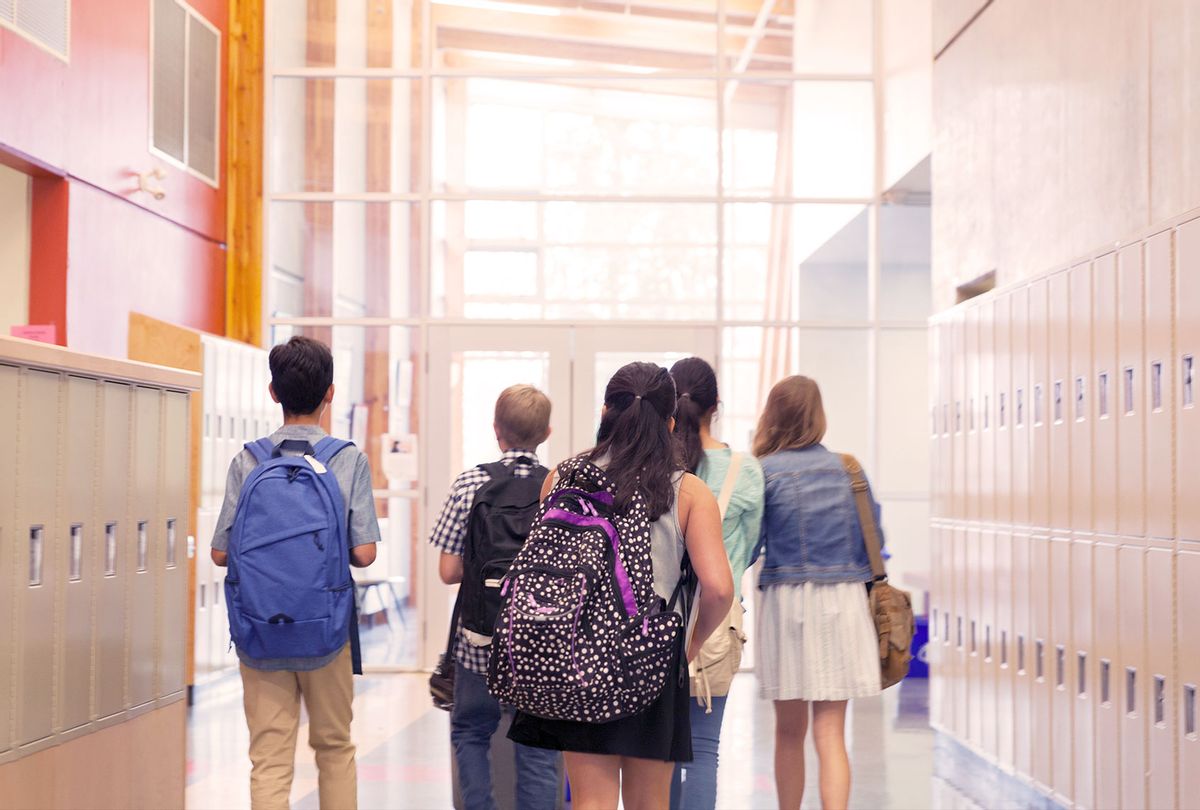 Republicans, having lost their decade-long fight to prevent same-sex couples from getting married, are now targeting an even more vulnerable population for the next round of culture war hysterics: Trans children.

The GOP is clearly convinced that the way to win the 2022 elections is by stirring people up with lurid, false tales of predatory trans people. They've recently passed a slew of state-level bills attacking trans rights, especially in public schools. The victims are some of the people least able to protect themselves: Minor children, many who are already struggling with difficulties stemming from being trans, queer, or otherwise gender nonconforming — a category so broad that it could capture most kids, depending on the interpretation.

Last week, South Dakota Gov. Kristi Noem signed two executive orders meant to bar trans kids from playing sports. On Tuesday, the Arkansas state legislature overrode a veto from Gov. Asa Hutchinson to pass a bill banning people under 18 from receiving any gender-affirming medical treatments, even though minors often do little more than take puberty blockers to give them time to make more permanent decisions. Now the North Carolina legislature is considering a bill that would not only do all of the above, but would also require schools to immediately report to parents if a student "has 17 exhibited symptoms of gender dysphoria, gender nonconformity, or otherwise demonstrates a desire to be treated in a manner incongruent with the minor's sex." As many commentators pointed out, "incongruent" with someone's sex is an extremely subjective standard.

love to use the power of the state to mandate rigidly conformist gender performance. "sorry timmy, i know you wanted to take a home ec class but this is designated 'gender nonconforming' behavior. we'll have to notify your parents." https://t.co/wFHZcyyJKT pic.twitter.com/lW8f5xF6ib

Especially in the eyes of rigidly sexist conservatives, most Americans have some behaviors that are incongruent with their assigned gender. Boys who like sports like basketball or soccer more than football? Girls who like books more than boys? Boys who exhibit discomfort at misogynist jokes? Girls who talk back when sexually harassed? Boys who cook breakfast for younger siblings? Girls who don't like makeup or like it more than Christians deem "modest"? Anyone could be targeted for behaving in a way a sexist school official feels is "incongruent" to their assigned gender. As Sarah Jones at New York's Intelligencer wrote, "co-sponsoring legislators have in essence devised a way to punish gender thoughtcrime."

The primary targets of this onslaught of legislation are trans kids, of course, who are in serious danger of being denied medical care and being bullied by institutions in ways that can be severely detrimental to their mental health. Trans kids are at alarmingly high risk for suicide, but medical treatment and accepting environments can do a lot to save their lives. By trying to deny kids these things, Republicans are sending a strong message that they would rather these kids die than live as their true selves.

The broad language in the North Carolina bill also points to a secondary purpose behind these bills: It's part of the long-standing GOP war on children's rights.

It doesn't get a lot of media attention, but for decades now, conservatives — especially the Christian right — have been on a crusade against any kind of children's rights or children's welfare policies they see as a threat to patriarchal authority or white conservative cultural dominance. Children exist, in this mentality, to be shaped into little right-wing automatons and certainly have no rights to be protected from abuse, to think for themselves, or to be educated about the larger world outside of the right-wing bubble.

The U.S. is the only member state of the United Nations, for instance, to not have ratified the U.N. Convention on the Rights of the Child, which, as Karen Attiah reports for the Washington Post, "supports protections for children from forced labor, child marriage, deprivation of a legal identity, and grants both able-bodied and disabled children the right to health care, education, and freedom of expression." The reason the U.S. refuses to adopt the treaty is simply that American conservatives flat out do not believe children should have these protections. Groups like the Family Research Council tend to forefront fears that ratification will mean parents can no longer spank children, but the larger concerns are about children having freedom of thought and expression. Religious conservatives strongly believe that parents should be able to force children to adhere to their religious beliefs or to prevent children from learning about American history, science, or other topics where the facts might interfere with right-wing narratives.

Indeed, a major way that the GOP war on children has manifested in the past decades is in the fights over school curricula. When Barack Obama's administration embraced a set of national education guidelines known as Common Core, the American right lost their minds, claiming that coastal elites were trying to indoctrinate children.

"We don't ever want to educate South Carolina children like they educate California children," then-governor of South Carolina Nikki Haley said in 2014. In response, a report from the Brookings Institute argued, "No employer or educator claims that algebra, computer science, or chemistry is different in California than in South Carolina (or in South Korea). Employers today hire based on what you know and what you can do, not on where you grew up."

Setting aside the technocratic framing of education as simply a matter of job training, the reason this argument falls on deaf ears for conservatives is precisely because they fear that education will free up children to grow up and move to California or South Korea. While conservatives would never say it in those words, "ignorant" is the kind of quality they're interested in cultivating in young Americans, because it makes youth easier to control. It's why 6 out of 10 Republican voters have a negative view of higher education, compared to 67% of Democrats who believe college education is a good thing.

Sex and gender issues have long provided conservatives an opportunity to stir up hysteria and drum up support for their hostile approach towards children's rights. For instance, Republicans have been able to pass laws in most states requiring parental notification or even permission for girls under 18 to get abortions. Under the George W. Bush administration, the federal government strong-armed the majority of school districts to replace sex education with "abstinence-only" programs that demonized contraception use, spread misinformation and shamed people who have premarital sex — a category that includes 95% of Americans.

These kinds of policies get passed because a lot of Americans, even ones who are more moderate or even liberal, have lingering hang-ups about adolescent sexuality and are easily persuaded by arguments that teenagers are "too young" to handle information about or access to reproductive health care. But these policies also create a backdoor way for conservatives to chip away at the very concept of minors having rights to education and autonomy. The results are horrific: higher teen pregnancy and STI rates and the sexual abuse of minors who are too ignorant of biology and disempowered to report on adults who hurt them.

The war on trans kids is more of the same.

A lot of Americans are ignorant about the realities of trans lives, and so are easily duped with lies about kids being "recruited." Conservatives then pass laws that allow them to both terrorize trans kids and use the power of schools to force their rigid notions of gender performance on everyone. It's a classic right-wing twofer, promoting both transphobia and the idea that minor children have no rights whatsoever, not even to their own private thoughts.