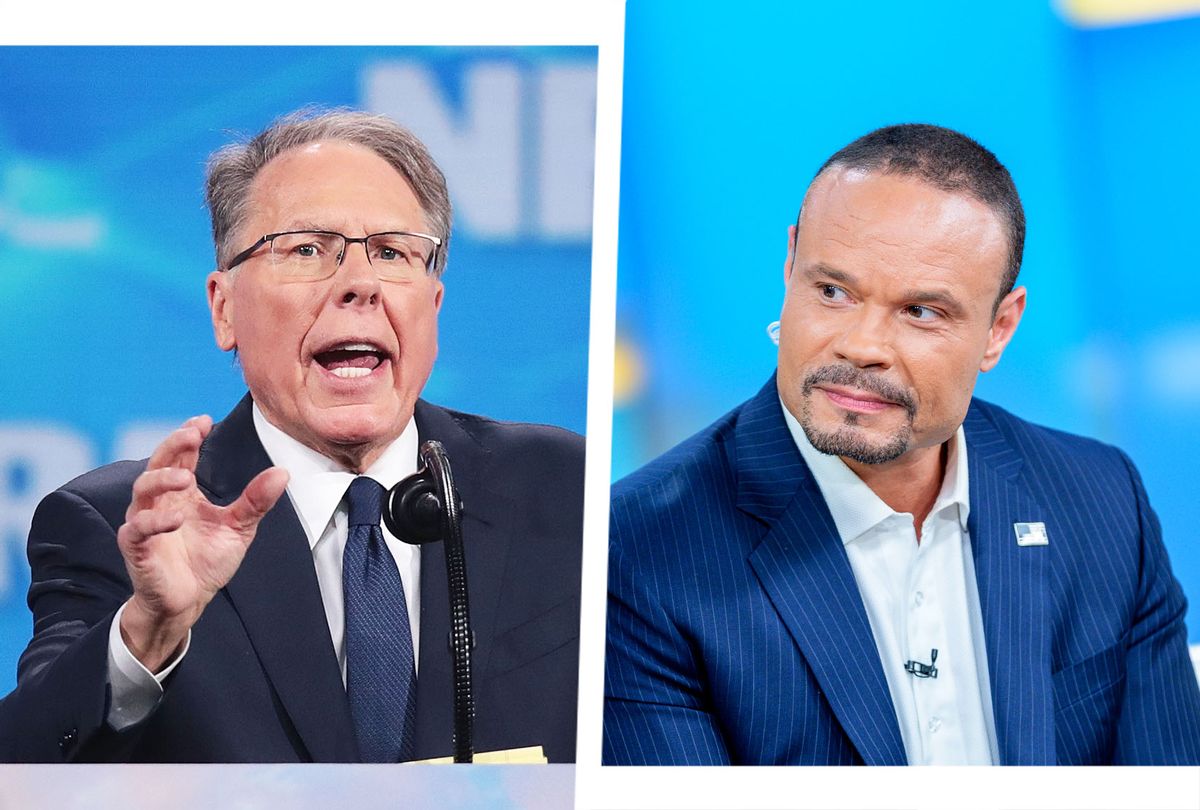 Newly released court documents allege that in 2018, the National Rifle Association and its CEO Wayne LaPierre approved a $1.5 million dollar contract to keep then-NRATV host Dan Bongino on for the 2019 calendar year at the NRA's failing TV outlet. This came as the gun rights organization was falling deeper into financial troubles over the course of 2018.

A legal document obtained by Salon and filed by Ackerman McQueen, the NRA's longtime PR agency, in the gun group's ongoing bankruptcy case in Texas, contains a list of commitments that Ackerman alleges the NRA "refused to honor." It then claims that at an October 2018 meeting in Dallas, "LaPierre approved NRATV for the 2019 budget year, including Dan Bongino's $1.5 million contract (which Mr. Bongino ultimately turned down)."

According to reporting by The Daily Beast, Bongino was "dropped" by NRATV around the end of 2018, but Ackerman McQueen's new legal filings suggest that was not in fact the case.

Reached for comment by Salon about the $1.5 million offer and about whether LaPierre ever told him about the NRA's financial struggles, Bongino responded angrily. "I typically send your ridiculous inquiries to junk because I think so little of you, and your drifting," Bongino wrote. Then he observed, in his colorful style, that the court documents show that the Daily Beast's reporting three years back may have been inaccurate.

"Liberal media morons, and their blind, gullible, imbecilic followers breathlessly reported for years that I was 'fired' from NRATV, or 'dropped,' as the disingenuous Daily Beast put it," Bongino wrote. "Now that court documents have surfaced to completely refute this b*llsh*t story, you send me an email asking for comment on the NRA? You guys are a pathetic joke. Your parents must be horrified at what they spawned."

In light of the NRA's bankruptcy petition in Texas, which is now being heard in court and has yielded some unfavorable moment court for both the organization and LaPierre, one gun safety group argues that the $1.5 million Bongino deal offers more evidence of the NRA's "egregious spending."

Shannon Watts, founder of Moms Demand Action, told Salon the alleged Bongino offer further illustrates the NRA's financial ineptitude. "Offering Bongino $1.5 million to be on its faux-TV-network, that no one watched, is yet another example of the NRA's egregious spending and financial mismanagement, which have led them into multiple investigations and lawsuits culminating with the disastrous ongoing bankruptcy trial," Watts said.