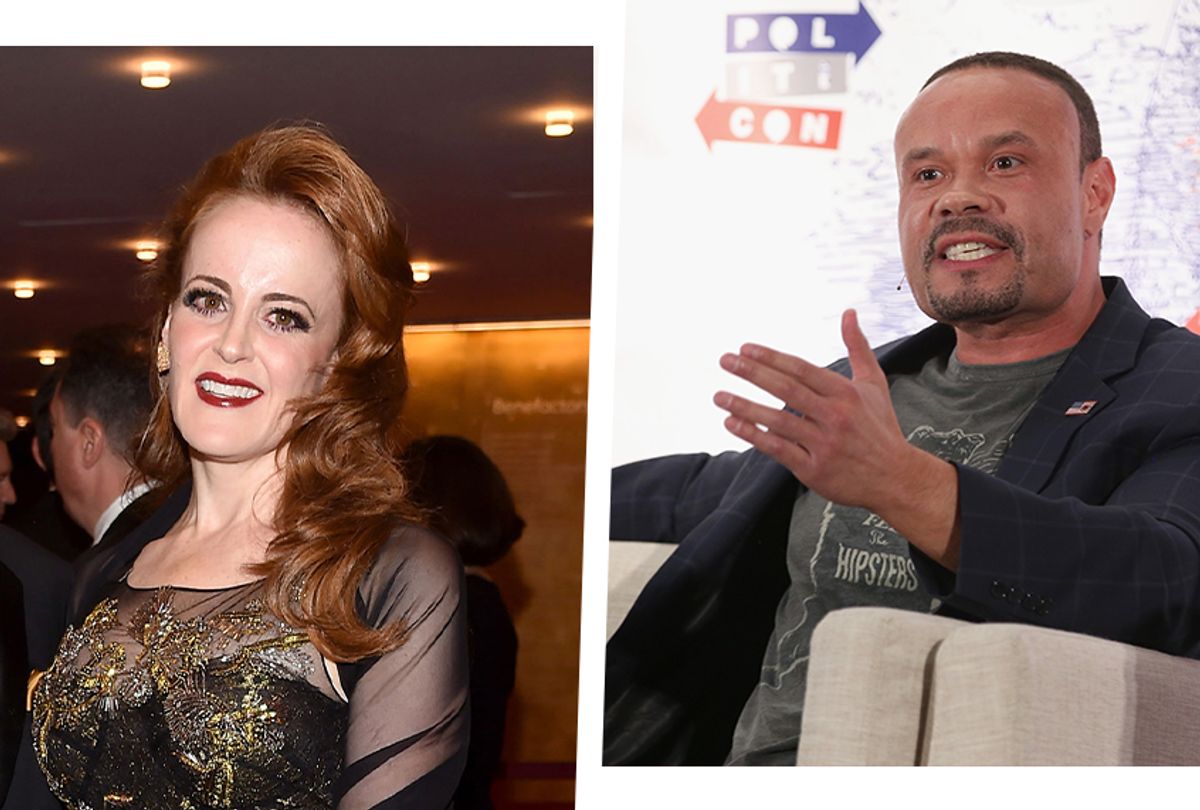 Pro-Trump pundit, conservative media tycoon and self-proclaimed Parler investor Dan Bongino was apparently tricked into being promised shares of Parler by investor and conservative mega-donor Rebekah Mercer, according to former Parler CEO John Matze. This allegation is within a new lawsuit claiming that Bongino and Mercer used bullying and intimidation to take away Matze's shares in Parler when they ousted him.

The nearly 20-page lawsuit from Matze, filed in the Eighth Judicial District Court of Nevada, says that Bongino "purports" to be a shareholder in Parler, before elaborating that the former CEO believes that "Mercer avoided executing any of the ownership documents to allow her to later dispute that Bongino has any such interest."

Bongino and a Parler spokesperson didn't respond to multiple Salon requests for comment as to whether Bongino actually owns shares in Parler. Bongino, a Fox News contributor and frequent guest on Sean Hannity's show, has for many months billed himself on the network as an investor in Parler, or as he put it on Jan. 18, "an investor in both Parler and Rumble, alternative platforms." Matze appears to suggest that shares on the company may have never been signed over to Bongino at all.

As for how Bongino got involved in the company, Matze's suit claims that Parler investor Jeffrey Wernick wanted to bring the Trump-friendly pundit more into the fold while leveraging Bongino's clout in right-wing media to help bolster support for the site. According to the legal document, Wernick argued that "Bongino could use his media presence and various media platforms and appearances in order to promote Parler, and that it was worth providing Bongino a stake in Parler for all of the promotion that Bongino would be able to accomplish."

Early in the lawsuit, Matze's lawyers write that "Defendant Dan Bongino ... holds himself out as an owner in Parler. As set forth, Bongino was a party to, and an active participant in, the conspiracy to oust Matze from Parler, to defame him, and to steal his property."

Following the Jan. 6 Capitol attack, Parler was booted from Amazon Web Services and the Apple App Store, which later left the site offline, over perceptions that the company had taken no action to remove extreme content from its platform, allowing insurrectionists to organize ahead of the Capitol siege. Salon has discovered that on Feb. 24, Bongino silently attempted to withdraw himself from the "day-to-day" operations at the by-then-controversial social media site.

"I am still an investor in Parler and remain such for as long as I want my money and assets tied up in there," Bongino said on his podcast that day. "I still think that it is a great alternative to the tech tyrants at Twitter, Facebook and elsewhere. Having said that, as of today, I believe, am no longer with the day-to-day. I'm sorry. It's nothing personal; it's just, I just can't, folks. I've got a lot going on in my life. It's really that simple. I've got too many things to do." At around that time, Bongino was nearing the end of his treatment for Hodgkin's lymphoma and was about to step into the three-hour time slot on conservative talk radio previously occupied by the late Rush Limbaugh.

Following initial publication of this story, Bongino responded to the report on his daily podcast. "You're like, a guy who claims to be a journalist really wrote this story? Like this story on its face is so laughable, you would think someone with an IQ above 25 would figure it out," Bongino said on Tuesday afternoon. After reading the headline aloud and calling this Salon staff writer a "buffoon" and a "dope," he continued: "the story is so dumb only a moron like Zork Petrizzo would write it because you would think common sense would kick in." Bongino then said that he is no longer much involved with Parler, before claiming that he still holds an equity stake in the company. The pro-Trump pundit then took a few potshots at former Parler CEO John Matze, who is suing Bongino and the company. 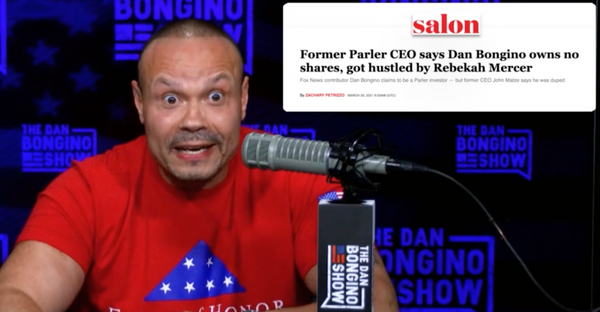 "There are a ton of suckers and losers in the media, but few as gullible and dopey as Zork Petrizzo. He walked right into one of the dopiest traps I've ever seen set. Only a dope would walk into this trap, and he didn't disappoint," Bongino later wrote on Parler, without providing any evidence to support his claims that the story is baseless. Bongino has not responded to multiple requests for comment on the claims made by Matze.