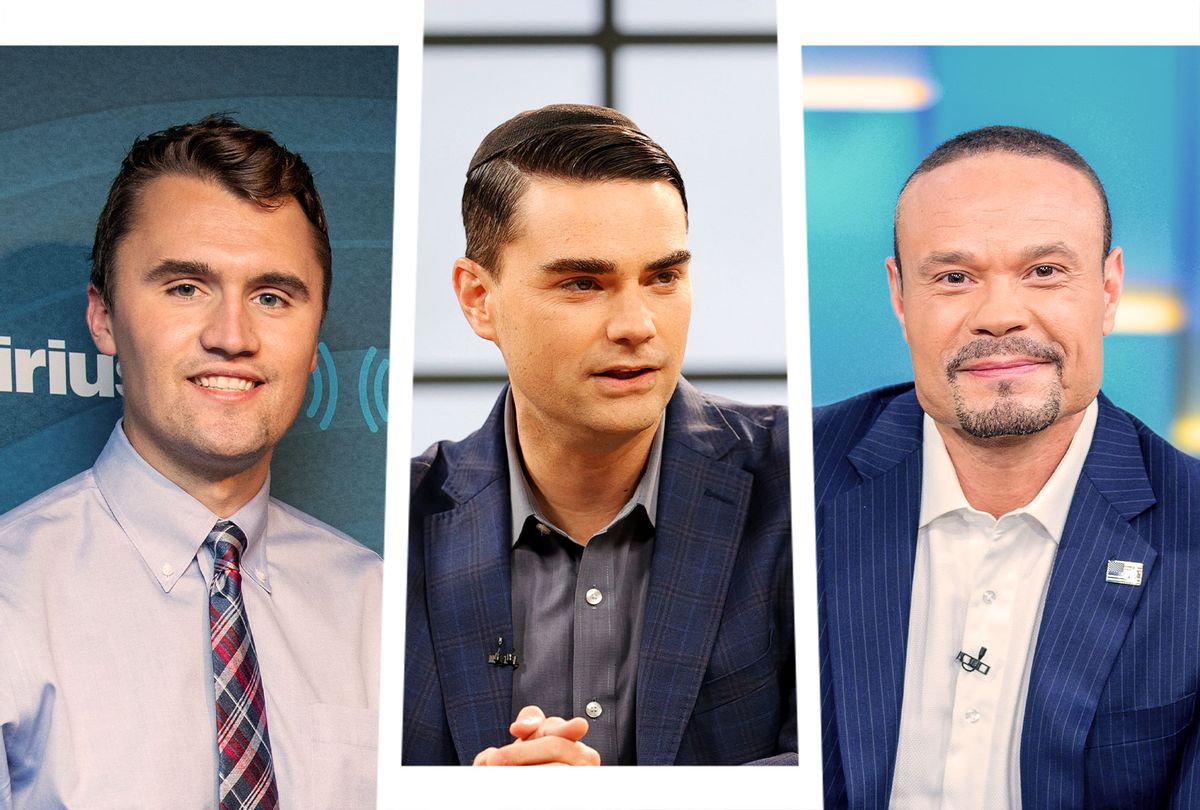 In the world of right-wing media, all pundits aspire to impact and direct the conservative movement as the late Rush Limbaugh did. Following the clown prince of right-wing radio's demise, several radio hosts and media moguls have begun scrimmaging over Limbaugh's daily radio time slot, and the title of conservative radio kingpin.

Shortly after Limbaugh's death in February, figures such as Dan Bongino, Ben Shapiro, Charlie Kirk, and Sebastian Gorka could all be found elbowing each other for room in the dog-eat-dog world of conservative talk radio.

In the middle of March, Bongino announced that his new radio show would fill the time slot Limbaugh left behind, although broadcasting on a different channel. "The Dan Bongino Show," starting on May 24, will begin airing in "select markets" from 12 to 3 p.m. Eastern. That hasn't stopped Kirk, the Turning Point USA founder, from seizing a piece of the action, also claiming he is taking over Limbaugh's time slot on terrestrial radio, via yet another channel.

"What an honor to join @77WABCRadio, New York — the flagship station of the Great Rush Limbaugh," Kirk tweeted on April 9. "Tune in every weekday from 12 EST for coverage, updates, and analysis from the frontlines of the American Culture War, only on The Charlie Kirk Show." Kirk's program will be just an hour, from 12 to 1 p.m. Eastern.

"I am thrilled and honored to take the same time and station where my friend and American hero Rush Limbaugh launched his national radio show in 1988," Kirk said in a statement.

Asked on Wednesday whether Bongino and Kirk were contesting who really occupies the coveted Limbaugh timeslot, TPUSA and Kirk spokesperson Andrew Kolvet said that both Kirk and Bongino are "pulling in the same direction," despite competing on opposite channels and broadcasting at the same time. "There is no other Rush, nor will there ever be. He was one of a kind. But Rush and Charlie were good friends, and he is honored to be one of the hosts picking up his mantle," Kolvet told Salon. "Rush inspired Charlie to get into podcasting and radio. Dan is a great radio host and also a friend. They will be on separate stations, yes, but pulling in the same direction."

Neither Bongino nor Shapiro returned Salon's requests for comment.

While both Bongino and Kirk are advertising themselves as heirs to Limbaugh's throne, Premiere Networks, the company that syndicated Limbaugh's radio show around the nation, told Salon on Wednesday it hasn't tapped anyone to fill Limbaugh's slot. "No one can replace Rush Limbaugh, and Premiere Networks will continue to provide millions of loyal listeners with the voice of Rush Limbaugh for the long term," Rachel Nelson, Premiere's vice president of public relations, told Salon. "We have a variety of familiar voices who are guiding the audio of Rush for all of the important issues of the day, including Todd Herman, Ken Matthews, Jason Lewis, and Brett Winterble. With over 30 years of audio, Rush has a definite view on any and every topic."

Kirk and Bongino have been upfront about their efforts to fill Limbaugh's time slot. Shapiro has been quieter but remains an immensely influential conservative voice who reaches millions through his syndicated radio program managed by Westwood One, the same firm that handles Bongino's radio syndication. As for Sebastian Gorka, he must be considered a long shot to claim Limbaugh's mantle. Unlike Kirk, Shapiro, and Bongino, Gorka has been banned from YouTube, which greatly reduces his national reach.

Can any of these younger right-wing pundits unite the massive conservative audience Limbaugh commanded for so many years? That seems unlikely in this new media age of micro-niches and narrowcasting, but only time will tell.