12 white megadonors contributed $1 of every $13 spent on US elections since Citizens United: report

"This is a stark illustration of our broken campaign finance system" 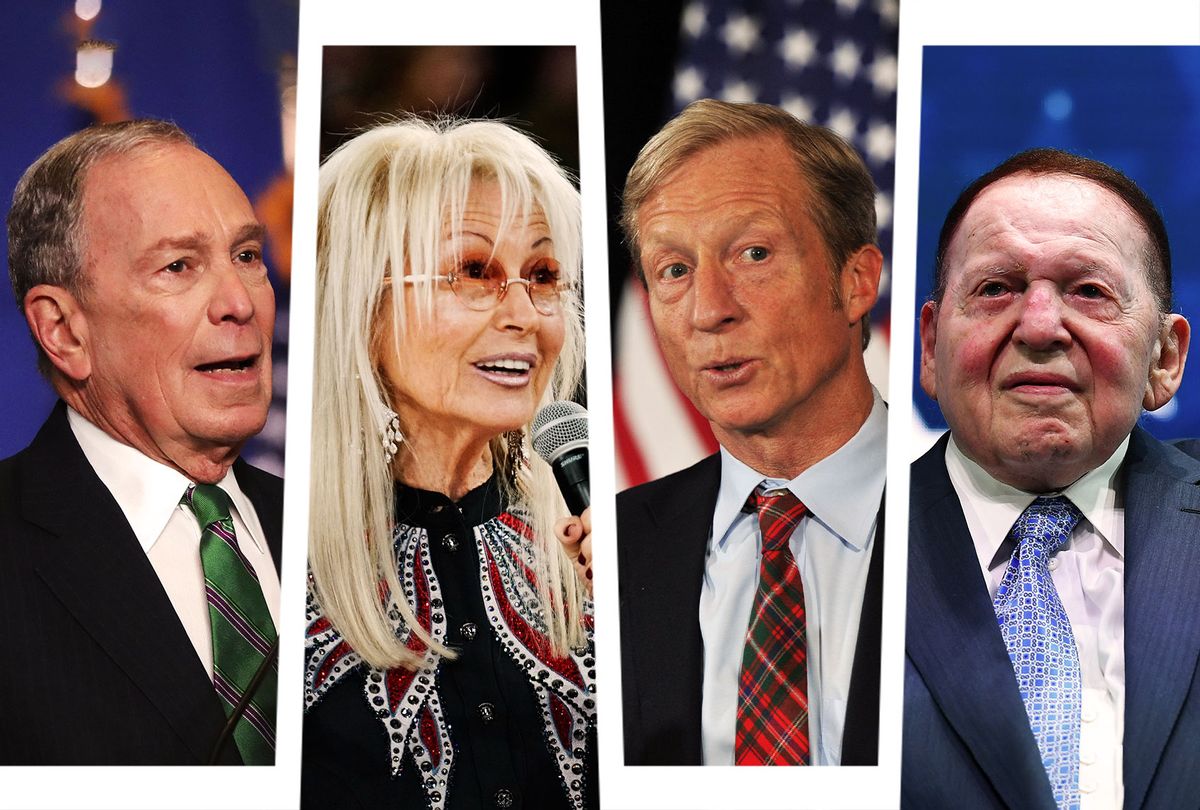 Just 12 megadonors contributed roughly $1 in every $13 spent on recent campaigns for federal office, as well as the political groups that make up the U.S. campaign finance system, according to a new report on the influence of money in politics.

The staggering sum of these contributions — which represent more than $3.4 billion over the last decade — was revealed on Tuesday by Issue One, a nonpartisan group dedicated to reducing "the corrosive influence of big money in politics."

The findings offer a stark quantification of the role that a shrinking number of super-rich megadonors, both individuals and couples, have played in American politics following the Supreme Court's 2009 Citizen's United ruling. According to the report, all 12 of the country's top political donors are white, and the group represents more than a quarter of all donations from the top 100 zip codes by political contributions — which are more likely to skew white and affluent.

RELATED: The Citizens United ruling broke American democracy at the start of the decade. It never recovered

"Our government can't be responsive to all Americans if our elected officials are beholden to the elite donor class," Nick Penniman, Issue One's founder and chief executive, said in a statement. He added that Congress should act immediately to "pass sweeping reforms to create a democracy that works for everyone."

The top 12 donors were split equally down the middle among Democrats and Republicans. They were led by former New York City Mayor Michael Bloomberg and hedge fund manager Tom Steyer. Both men self-funded their own Democratic presidential campaigns in 2020, with Bloomberg reportedly putting more than $1 billion and Steyer more than $200 million toward their doomed White House bids.

The list does not include state and local level donations.

These trends lend to a climate where Americans are "losing faith in our democratic institutions," Issue One Executive Director Meredith McGehee said in a statement. "Congress must urgently act to restrain the growing influence of money in our politics and build a system that truly represents all Americans — not just the wealthy few."

Read more about money in politics: