Rudy Giuliani and MyPillow's Mike Lindell win big at the Razzies, which honors the worst in film

"Oh boy, here come the demands for a recount," says the Razzies announcer 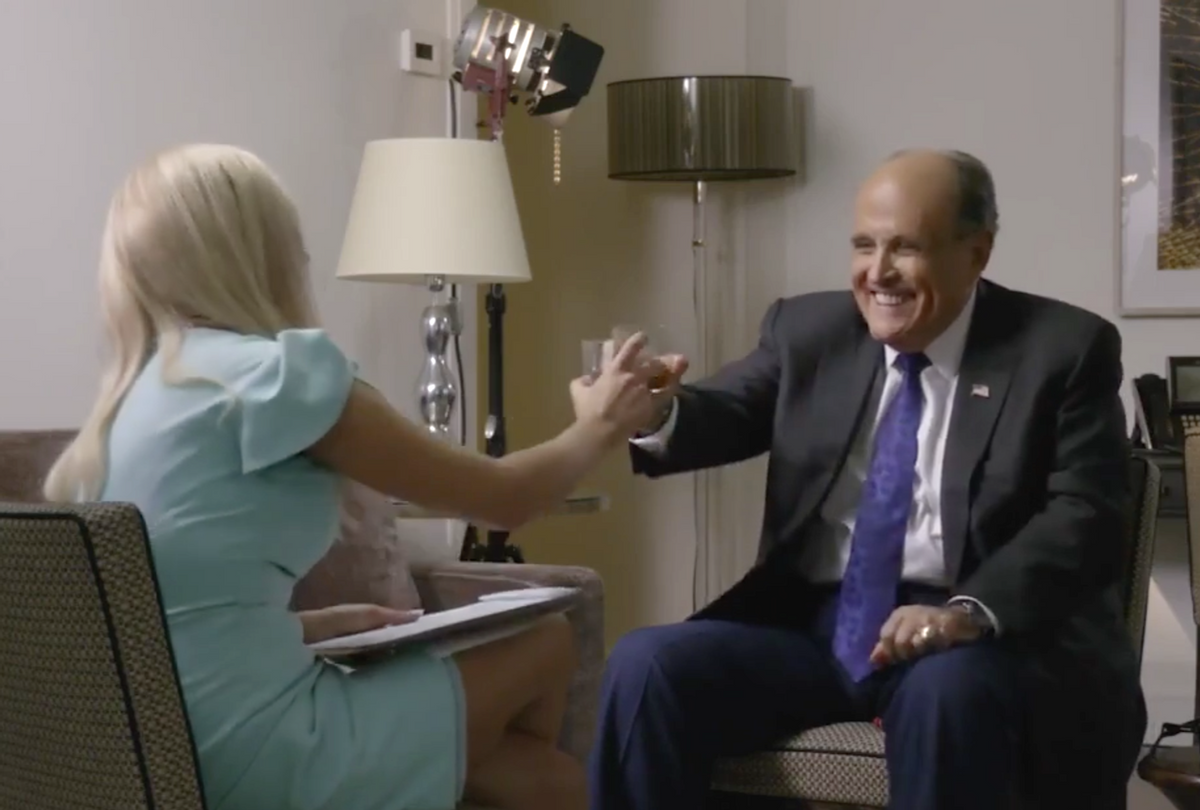 America's mayor now has another claim to fame. He won not just one, but two awards at the 41st Annual Razzies on Saturday.

The Razzie Awards, held the day before the Oscars, honors the worst in cinema. Rudy Giuliani snagged the worst supporting actor award for his "hands down his pants" cameo in Sacha Baron Cohen's "Borat Subsequent Moviefilm."

At the time, Giuliani called the incriminating scene a "hit job." The former NYC mayor also won a second award – for worst screen combo, alongside his pants zipper.

Another Trump supporter won the big prize however. MyPillow CEO Mike Lindell's conspiracy docu-movie "Absolute Proof" – which claims that a Chinese cyberattack flipped the 2020 election – took home the Golden Raspberry for the worst picture. Lindell also won for worst actor, "by a landslide."

Salon's Andrew O'Hehir had subjected himself to watching the incoherent film and in his review, states, "It is simultaneously so bizarre, so boring and so amateurish — without form or depth or any variation in tone, and seemingly endless — that it becomes impossible for a viewer to follow the supposed arguments that Lindell and his interlocutors are making for more than a minute or two at a stretch."

It was a tight race this year, and until "Absolute Proof" was released, Sia's movie "Music" might have been a shoo-in to win. Salon's Matthew Rozsa had deemed its portrayal of a character with autism as "ableist minstrelsy." The film, however, did win for worst director, worst actress, and worst supporting actress.

Besides the dubious honor, the winners also get low-demand awards statuettes that cost $4.97 apiece.

Watch the cheeky and brief awards ceremony in full below: