Federal agents executed a search warrant at the home of Victoria Toensing, who was paid by Ukrainian oligarch 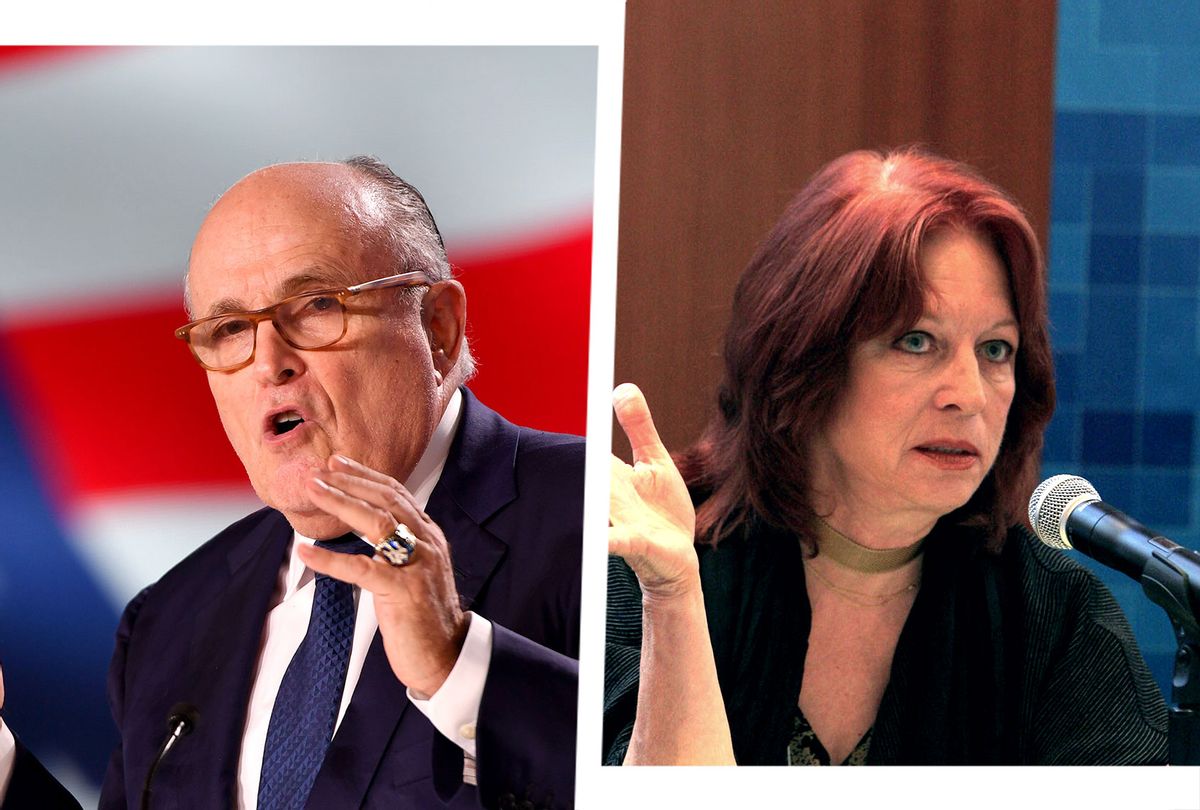 The FBI executed a search warrant at the home of attorney Victoria Toensing the same day that it raided the home and office of former Trump lawyer Rudy Giuliani, according to multiple reports.

FBI agents executed the warrant Wednesday morning at Toensing's Washington-area home, The New York Times first reported. Investigators only seized a single cell phone and did not search her home, according to Politico.

Toensing, a former federal prosecutor who along with her husband Joe diGenova served as informal legal advisers to Trump, in 2019 assisted with Giuliani's search for dirt on then-candidate Joe Biden in Ukraine and signed on to represent Dmitry Firtash, a Ukrainian oligarch with ties to the Kremlin who is facing extradition to the United States on bribery and racketeering charges. Firtash claimed in 2019 that he paid $1.2 million to Toensing and diGenova in a scheme orchestrated by Giuliani while he was on his expedition in Ukraine, which Giuliani denied.

Toensing's law firm claimed that she was told that she was not the target of the federal probe after the FBI seizure on Wednesday.

"Ms. Toensing is a former federal prosecutor and senior Justice Department official," the firm said in a statement. "She has always conducted herself and her law practice according to the highest legal and ethical standards. She would have been happy to turn over any relevant documents. All they had to do was ask. Ms. Toensing was informed that she is not a target of the investigation."

The FBI also raided the home and office of Giuliani, who has long been under investigation by federal prosecutors in Manhattan in connection to his business dealings in Ukraine. Trump appointees at the Justice Department reportedly blocked investigators from serving a search warrant multiple times last year.

Giuliani's attorney Robert Costello told The Wall Street Journal the warrant focused on possible violations of lobbying laws. Investigators are reportedly looking at whether Giuliani violated the Foreign Agents Registration Act by lobbying the Trump administration without registering with the Justice Department while also representing the president. Investigators are also examining his role in the ouster of former Ukraine ambassador Marie Yovanovitch, who testified in the impeachment inquiry that Giuliani led a smear campaign against her because she was an obstacle in his effort to get Ukraine to announce a probe into Biden and his son Hunter.

Giuliani denied any wrongdoing. Costello said in a statement that prosecutors twice rejected his offer for Giuliani to voluntarily speak to prosecutors. He also accused the FBI of leaving behind "the only electronics that contain evidence of crimes" by Hunter Biden and accused the president's son of failing to register as a foreign agent and other crimes, while providing no evidence. Costello also accused the FBI of a "corrupt double standard" and of ignoring "blatant crimes" by Democrats like Hillary Clinton, who was in fact extensively investigated and cleared of criminal wrongdoing by the FBI.

"It is outrageous that the Trump Derangement Syndrome has gone so far that hatred has driven this unjustified and unethical attack on the United States Attorney and Mayor who did more to reduce crime than virtually any other in American history," the statement said. "Mr. Giuliani respects the law,  and he can demonstrate that his conduct as a lawyer and a citizen was absolutely legal and ethical."

Daniel Goldman, who was lead counsel in the House impeachment inquiry into Trump's hunt for Biden dirt, said he was not surprised that the FBI had targeted Toensing along with Giuliani.

"This makes sense because, during the Ukraine impeachment investigation, we obtained draft retainer agreements between a Ukrainian official and Toensing and diGenova that Giuliani brokered," he tweeted.

Goldman's tweet appeared to refer to a draft contract between Giuliani, Toensing, diGenova and former top Ukrainian prosecutor Yuri Lutsenko to represent him in a corruption case for $200,000 after Ukrainian authorities seized Lutsenko's assets. Lutsenko fed Giuliani false claims about Biden, before later admitting they were untrue.

While that deal ultimately fell apart, Toensing and diGenova did sign an agreement to represent Firtash.

Firtash told the Times in 2019 that he had paid Toensing and diGenova $1.2 million to help with his legal case and got "sucked into" Giuliani's hunt for Biden dirt. An attorney for former Giuliani associate Lev Parnas, who is charged with unrelated crimes, told the outlet that Parnas convinced Firtash to hire the pair and help with Giuliani's effort "as part of any potential resolution to his extradition matter." Toensing and diGenova ultimately lobbied then-Attorney General Bill Barr on Firtash's behalf, according to the report.

Giuliani admitted in an interview with the Times that he sought information that would help Trump from Firtash's original legal team but denied that he instructed Parnas "to do anything with Firtash."

Toensing and diGenova also represented John Solomon, a former columnist at The Hill who helped spread Giuliani's false claims in the media. The warrant executed at Giuliani's home on Wednesday sought communications between the former New York mayor and Solomon, among others, according to The Wall Street Journal.

The Ukrainian escapade ultimately led to the first of two Trump impeachments, though he was ultimately acquitted. In an interview with Fox Business on Thursday, Trump said that Thursday's raid on Giuliani was "like, so unfair" and a "double standard like I don't think anybody's ever seen before."

Though Giuliani's representatives claimed that the search was politically motivated, federal prosecutors in the Southern District of New York launched the probe while Trump was still in office and sought to serve the warrant last year, but were reportedly rebuffed by Trump appointees.

Biden told MNSBC on Thursday that he had "no idea this was underway."