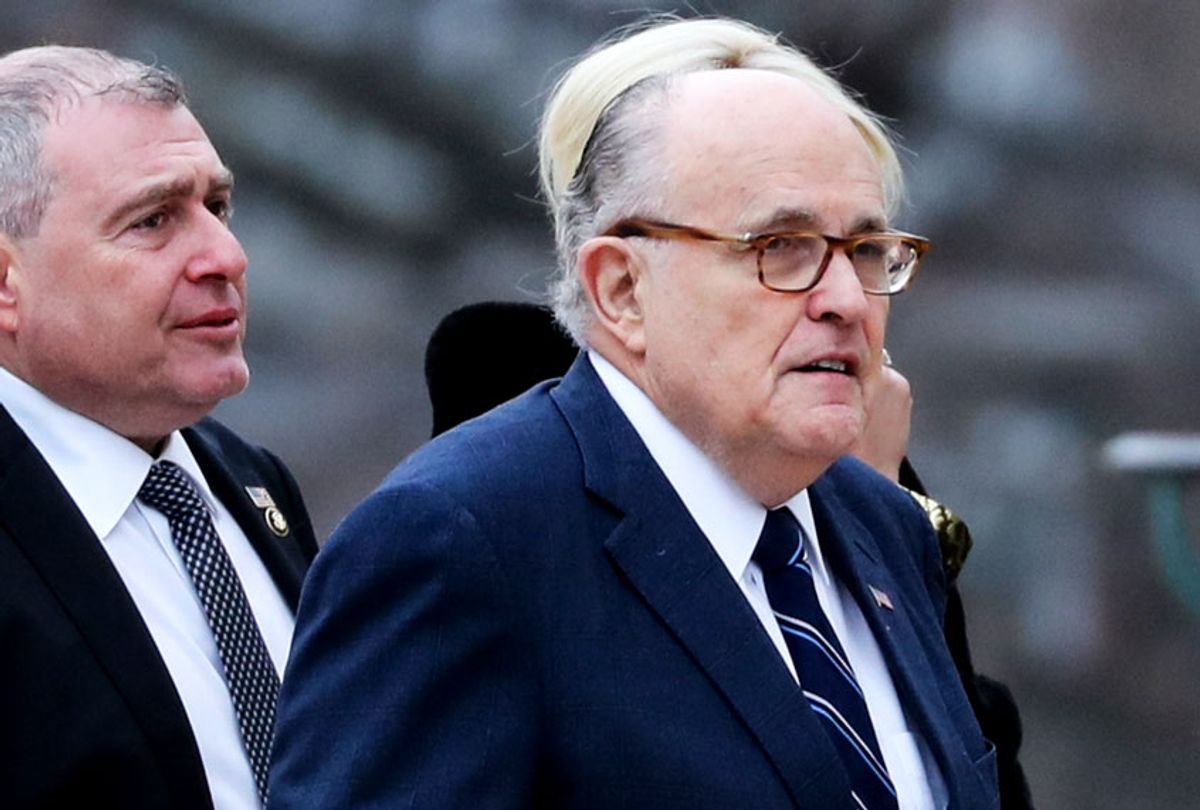 A Ukrainian oligarch with deep ties to the Kremlin told The New York Times that Trump attorney Rudy Giuliani used indicted associates Lev Parnas and Igor Fruman to offer to assist him in fighting extradition to the United States in exchange for help finding damaging information on former Vice President Joe Biden.

Dmytro Firtash, a Ukrainian energy tycoon facing extradition to the United States to face bribery and racketeering charges, told The Times that one of Giuliani’s indicted cohorts offered help with his legal case if he hired Trump-allied attorneys Joe diGenova and Victoria Toensing, who were assisting Giuliani’s efforts. Firtash paid the pair $1.2 million, including a referral fee for Parnas, suggesting that the embattled oligarch helped finance Giuliani’s shadow campaign to help Trump’s re-election campaign.

Joseph Bondy, an attorney for Parnas, confirmed to The Times that his client met with Firtash at Giuliani’s direction and to help find potentially damaging information about Biden “as part of any potential resolution to his extradition matter.”

Giuliani admitted to The Times that he tried to get information that would be helpful to his efforts from a member of Firtash’s legal team but “the only thing he could give me was what I already had, hearsay.” Giuliani denied directing Parnas "to do anything with Firtash."

“They said, ‘We may help you, we are offering to you good lawyers in D.C. who might represent you and deliver this message to the U.S. D.O.J.,” Firtash recalled to The Times, adding that he was told that the diGenova and Toensing were “in a position” to influence his case.

Bondy added that Parnas “informed Mr. Firtash that Toensing and diGenova were interested in collecting information on the Bidens,” which Firtash told The Times that he did not have.

Firtash’s $1.2 million investment appeared to have paid off. Toensing and diGenova reached out to the Justice Department in August and argued Firtash’s case to Attorney General Bill Barr, The Times reported. But by then, the whistleblower complaint revealing Trump’s pressure on Ukraine was reported and Barr told the lawyers to “go back to Chicago” and deal with prosecutors who originally brought the case against Firtash. The oligarch has since extended their contract until the end of the year.

Former U.S. Attorney Chuck Rosenberg told The Times that the activity Firtash and Parnas have claimed Giuliani directed "is at best crass and ethically suspect."

Fiona Hill, the former top Russia expert on the National Security Council, testified to the House Intelligence Committee last week that she learned of Firtash’s case from her work. Asked about Giuliani’s alleged involvement of Parnas and Firtash in his efforts, Hill said that “it certainly appears” that there is a “subversion of American foreign policy to push these people’s personal interests.”

Giuliani has come under scrutiny from federal investigators looking at whether he personally stood to profit from his efforts in Ukraine and is under multiple investigations related to his dealings with Parnas and Fruman. Bloomberg News reported on Monday that Giuliani had also discussed representing a Ukrainian state-run bank even as he was pressing the country’s government on behalf of Trump.

Parnas offered to testify to House investigators after he was upset by Trump’s claim that he did not know him even though they met numerous times. Parnas’ attorneys and associates have said that Trump personally tasked Parnas with a “secret mission” to pressure Ukraine and that Giuliani instructed him to threaten Ukraine that Trump would withhold aid unless the country investigated Biden, which Trump and Giuliani both deny.

Though it’s unclear if House investigators will interview Parnas, ABC News reported on Sunday that the Intelligence Committee had received video and audio recordings and photographs from Parnas.

“President Trump’s recent and regrettable disavowal of Mr. Parnas has caused him to rethink his involvement and the true reasons for his having been recruited to participate in the President’s activities,” Bondy told The Daily Beast last week. “Mr. Parnas is prepared to testify completely and accurately about his involvement in the President and Rudy Giuliani’s quid pro quo demands of Ukraine.”