How "Generation Hustle," a show about con artists, almost got conned by one of its subjects 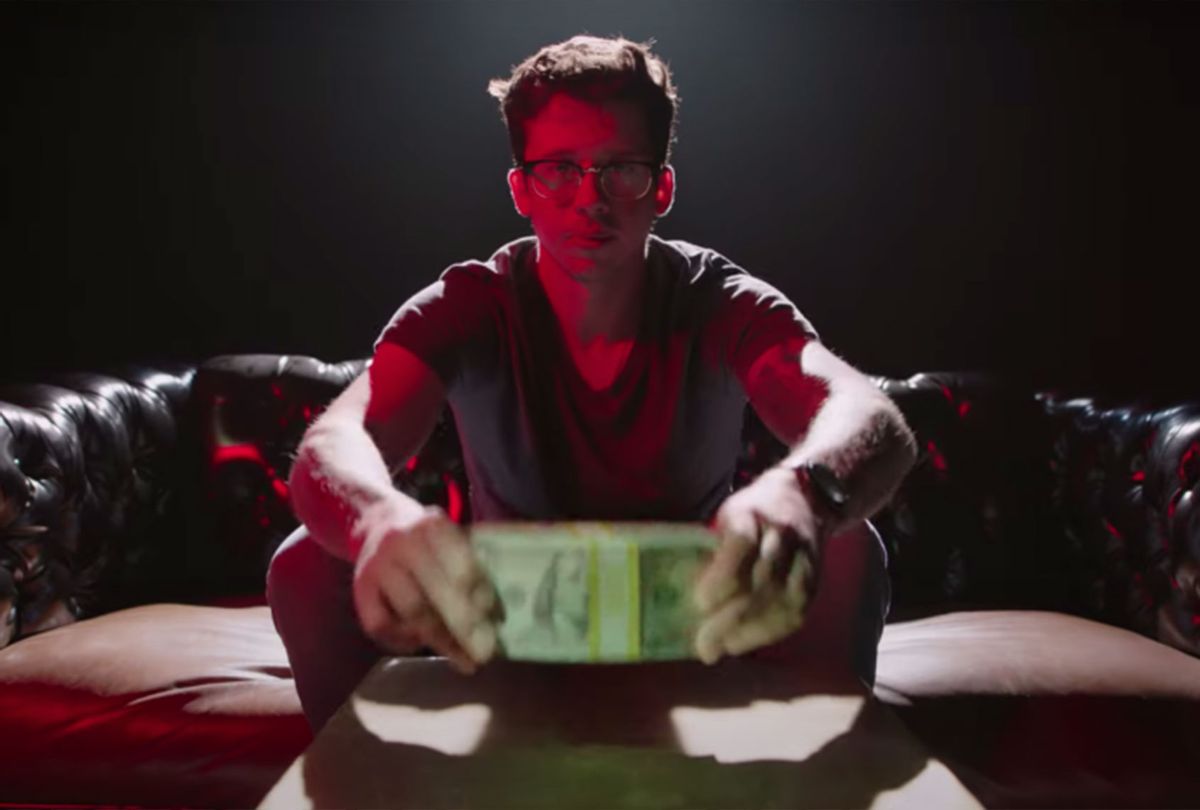 In a world where we're told to fake it until we make it, where does the hustle stop and the con begin? That's one of the main questions interrogated in HBO Max's "Generation Hustle," a new, 10-episode series about the con artists, scammers and schemers who walk among us.

Some of the stories will be familiar to viewers, like the rise and fall of the coworking concept WeWork, which just got its own Hulu documentary earlier this month. However, many of the stories are fresh and truly surprising; they take place everywhere from a University of Georgia frat house, to a Jakarta photoshoot, to an EDM nightclub.

Co-creator Yon Motskin and showrunner Angie Day spoke with Salon about getting scammed by one of their own subjects, what they think all con artists have in common and the possibility of continuing the series for more seasons.

Some of these stories I was somewhat familiar with — like the WeWork and Anna Delvey scandals, for instance — but most of the episodes contained cons with which I was totally unfamiliar. How did you go about finding and choosing the stories you featured?

Yon Motskin: That was partly by design. Our filter was con artists who are pulling off big scams. We wanted to focus on young people and on things that happened in the last five to 10 years. So, very recent — and we wanted a mix of some well-known stories that would excite people that we could tell in a different, fresh way. We also wanted new stories or lesser-known stories that we thought were really interesting, hoping that people would watch them and be like, "Wow, I've never heard of this, but it's incredible." So that mix of both buzzy and lesser-known was exciting to us.

Angie Day:  I think we also wanted episodes that represented specific "worlds." So, the world of EDM, the world of college, the world of travel. That was one of the things, too, so that we could make each episode distinct musically and visually. There was definitely a lot of research that went into it and then a little bit of word-of-mouth. I think Ian Bick [from the episode "The Party's Over"] we found out about from Syed Arbab [from the episode "Frat Boy Ponzi"] because they actually knew each other.

Well, this leads into something that I was really curious about. I think when it comes to stories about scam artists, sometimes we want the scammer to succeed, right? Kind of like "Catch Me If You Can." Other times, though, you want them to get their comeuppance. This series navigates that really well. How did you figure out the tone to strike in this series?

Day:  I think from the very beginning, it's about making sure that both the victim and the con artist or master of deception is being represented. That was something that we continued to speak about editorially. Is it balanced enough? We had a line producer named Laura McCune and she always had her own take like, "He got off too easy," or "He should have gotten more time." And it was interesting to see how people responded along the way.

We talk a lot about how hustling can be good, but then hustling can lead to bad, right? This shows both sides. It also shows that everyone wants to think that they're too smart to be conned, but actually, anyone could be conned. And I think more people can cross over into this area of con than you'd think. Once there's enough desperation, people can make some really bad choices.

Motskin: I think, too, if we just tell the story truthfully, and we just follow the money and follow the con, and follow the narrative, then the audience will react in whatever way they feel. Some people will hate the con artist, and other people will just be in complete awe and admiration.

I was especially taken by the second episode, "The Party's Over," which tells the story of teenage party promoter Ian Bick, who ended up on top of a $500,000 Ponzi scheme. And he was one of several much younger people involved in really elaborate scams. Did their youth make you think about them any differently than some of the more experienced con artists profiled?

Day: I guess it gave me a little bit of hope that people could change their ways? It's funny, people say, "Do you think that he did it on purpose? Do you think that he really just got in over his head?" And, to me, that's a great debate that will continue and will show in Ian's own life. What's funny is that Ian is pretty forthcoming about his story, and it didn't feel like a situation in which he was super naive — though he certainly now has the perspective of having spent time in prison.

But I think, across the board, you can think about someone changing course when they are that young a little more easily than someone who's been running the same con for 20 years.

Motskin: I mean, I think for the most part, all of our con artists are relatively young. They have grown up in a different generation, right? It's this "fake it 'til you make it" generation people now. We live online, we post half-truths all the time, all day without ever thinking twice about the morals of it. So I think all these cons were an extension of that.

Day: The "fake it 'til you make it" thing we talk about a lot. I look at the Anna Delvey story, where even her lawyer said that under some different circumstances — if a few things had gone differently — we'd be celebrating her as a genius. There's a lot of that in American culture.

Well, and with the Anna Delvey/Anna Sorokin story [in which she faked being an heiress and defrauded others], you had the challenge of not actually being able to speak with her because she sold the rights to her life story to Netflix. How did you strike up the relationship where she sent you all drawings from prison in lieu of interviews?

Day:  Well, that episode was directed by Martha Shane, who's really amazing. She also directed "The Alabama Exit" episode. That was some of the fun of this, seeing what each director brings to a particular episode or to a story we've seen before. One of the reasons we brought on Martha is because she always approaches things in a slightly different way. She started corresponding with Anna in prison, and it was her idea to try to license drawings from her. It was a lot of letter-writing and she really took it upon herself to reach out to Anna and explain what she wanted to do.

You know, the day those pictures came from her, we were just blown away because they all had these insightful captions. It was amazing, but it was one of the last things to come in.

Motskin:  I think it's a good example of a liability becoming an asset. You know, I think Martha was pretty upset or disappointed at first when she realized that she couldn't get an Anna on camera. But then quickly, this new thing presented itself and it became as interesting, if not more.

Yon, in the three episodes you directed, did you come across any challenges like that which you had to work around? 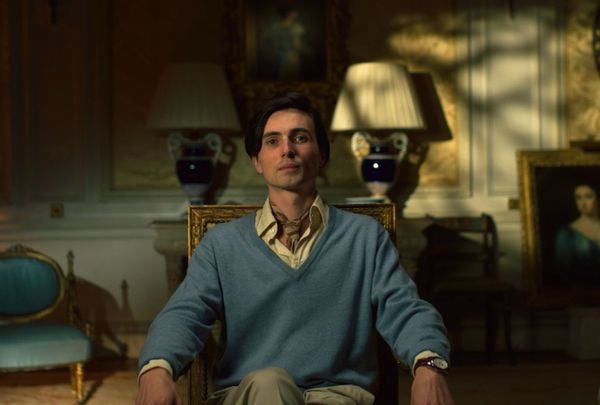 Motskin: You want that list in order of importance or alphabetical order? But seriously, one big example is I directed the episode about William Baekeland who is basically this guy who comes off as a British aristocrat, the heir to a billion dollar plastics fortune, and he ends up scamming about a million dollars from a very elite, exclusive group of world travelers.

It's a very sort of Wes Anderson, 19th century, Victorian snow globe kind of world. I was in touch with him for about a year, writing to him almost every week. We wrote back and forth a lot. I went to England and I met him and a friend for dinner, but for a long, long time, I didn't know whether or not the letters we were getting were from him. I'd write his sister, his best friend — other people who knew him — and it was unclear whether we were hearing from them or if he was assuming all these different personalities and he would change his voice.

In his emails, he would tell us these fabulous stories which turned out to not be true — that he's got family in Africa and Europe, that he's started a cryptocurrency, all these ridiculous things. We thought, though, that he would participate. When we asked him to, he asked for three things: a million dollars, to shoot at the location of his choosing, and he wanted to sit on the chair of his choice.

We said no to the money, and we said yes to the chair. Ultimately, he didn't show up, and I think we realized that we've probably just been conned, in some way, by him the whole time. He's spent the entire year trying to get information from us and trying to feed his ego and appetite for attention.

I'm sorry, but I've got to ask — what kind of chair did he specifically request?

Motskin: I'm actually hitting myself now that we're talking about it for not putting that at the end of the episode, because it's such a weird thing to ask. I should have been like, "Do you want a simple chair?" like the carpenter's cup from "Indiana Jones," or "Do you want a throne?" I do think that it's a good example of how extremely idiosyncratic he is. He lives in an analog world. He writes all his letters on a typewriter, he watches film as opposed to a video. He hand-presses all of his clothes. So, that's part of the fabric of this imagined world that he's created for himself, and we tried to convey that in the episode.

As you were compiling this series, did you notice whether there were certain types of people who were more inclined to become involved in conning people?

Motskin: I think it's easy to say what traits they exhibited, right? They all sort of exhibited borderline sociopathic tendencies. I think it's too simple to say they came from troubled homes. They're all missing something. William Baekeland, for instance, came from a lower class community in England and he wanted to be upper class, so his con wasn't really about money, it was about class. Someone like Adam Neumann of WeWork, he was enmeshed in that Silicon Valley culture and cult of personality, so his was partially about fame and power.

Day: My mind went the other way to charm and charisma. I'm reminded of the book, "The Confidence Game," when they're talking about con artists — and this isn't a direct quote, obviously — but they say that they don't steal, you give. They're able to elicit things from people and make people believe. Like, Jeremy Wilson from the series, incredibly charming. The Saudi Prince — people loved him. Adam Neumann, to a point, had this kind of magnetism.

Would you guys consider a Season 2?

Day: We would love a Season 2.

Motskin: We actually have two more seasons' worth of stories ready to go. So, I think if there's an audience for that people like the show and the HBO Max likes it, then we would love to do more.