Republicans are behaving like sullen children with overly obvious evil plans. That makes them more dangerous 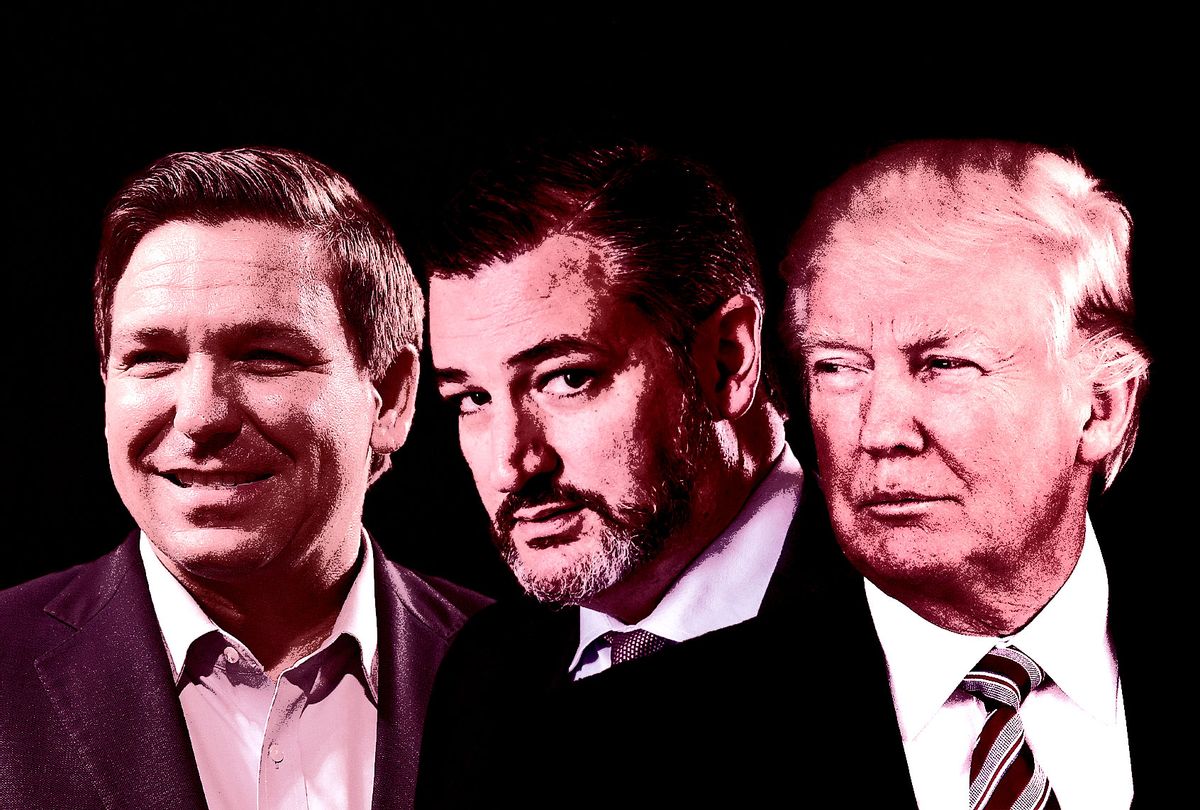 Today's most prominent Republicans almost seem like cartoon villains: They are obvious in their schemes, exaggerated in their evil, sociopathic and antisocial as a group, and mean for the pure joy of it. Yet they somehow are still able to imagine themselves as being noble, misunderstood victims. Donald Trump, the acknowledged master of cartoon villainy, has become a role model of such behavior for the entire Republican Party.

Consider how Republicans reacted to President Biden's speech to Congress last week: It provided a national stage for their cartoon villainy.

During his speech, Joe Biden said that lead — and by implication other harmful materials — should be removed from the country's drinking water. This is hardly a controversial position and should have nothing to do with holding "liberal" or "conservative" political views. But Republicans as a group sat in silence, largely refusing to applaud such a basic and commonsensical proposal. Lead-poisoned water shortens lives and can cause developmental delays in children, as well as other emotional and psychological maladies. Environmental pollution is lethal: Scientists estimate that air pollution alone likely kills at least 200,000 people in the United States each year.

Biden also condemned gun violence and mass shootings. Biden also advocated for common sense gun laws — laws supported by a majority of Americans, including a large proportion of gun owners — to help ameliorate the country's plague of gun violence, which is estimated to have killed at least 38,000 Americans in 2019. Gun violence is estimated to cost the U.S. economy at least $229 billion each year. Republicans again sat in silence and refused to applaud.

Biden advocated expanding access to health care and other social safety net programs. In the midst of the coronavirus pandemic, such programs are essential to help save lives and mitigate the economic and social devastation caused by what we must hope is a once-in-a-generation event. In addition, expanding access to health care saves lives by helping to ameliorate risk factors such as pre-existing conditions that facilitate the spread and lethality of diseases such as COVID-19.

Republicans again — well, I hardly need to say it — displayed little or no enthusiasm.

In one of the greatest crimes in recent human history, the Trump regime and nearly the entire Republican Party engaged in acts of criminal negligence by refusing to properly respond to the coronavirus pandemic. Their actions quite plausibly led to the deaths of hundreds of thousands of Americans who might otherwise be alive today.

During his speech, Joe Biden also outlined an ambitious plan to combat childhood poverty, subsidize child care and early childhood education and provide two years of free college education. Such policies have long been advocated by a wide range of experts because they would stimulate the economy, improve wealth and income inequality across the color line, enhance life chances and improve intergenerational upward mobility. Moreover, such policies are likely to pay for themselves in the long run; they represent an investment in the country's future.

Biden also summarized the successes of the American Rescue Plan, saying that if current trends continue, childhood poverty will be reduced in America by almost 50 percent. The vast majority of Republicans did not applaud the prospect that fewer children will be forced to grow up poor.

Such behavior by elected members of Congress was immature and childish. But that should not be allowed to obscure a basic fact: Today's Republican Party may consist of cartoon villains, but that makes its policies no less dangerous to the American people and the world.

It is a fact, not an opinion, that policies advocated for and enacted by the Republican Party cause more illness, death, shortened lives and overall human suffering here in the United States than do Democratic policies — imperfect as those surely are.

One can easily demonstrate that today's Trumpian Republican Party uses pain as a type of political currency and an instrument of power.

Chris Hedges' most recent essay — published first at ScheerPost and then at Salon — details the broader relationship between sadism, politics and America's ailing culture and society:

Later in the essay, Hedges returns to this theme:

The historian Johan Huizinga, writing about the twilight of the Middle Ages, argued that as things fall apart sadism is embraced as a way to cope with the hostility of an indifferent universe. No longer bound to a common purpose, a ruptured society retreats into the cult of the self. It celebrates, as do corporations on Wall Street or mass culture through reality television shows, the classic traits of psychopaths: superficial charm, grandiosity and self-importance; a need for constant stimulation; a penchant for lying, deception and manipulation; and the incapacity for remorse or guilt. Get what you can, as fast as you can, before someone else gets it. This is the state of nature, the "war of all against all" Thomas Hobbes saw as the consequence of social collapse, a world in which life becomes "solitary, poor, nasty, brutish, and short." And this sadism, as Friedrich Nietzsche understood, fuels a perverted, sadistic pleasure.

Almost on cue, on Tuesday Florida Gov. Ron DeSantis announced he would suspend all local COVID-19 public health emergency orders, effectively turning Florida (like other red states) into an incubation chamber for the coronavirus.

Today's Republican Party is a cartoonish political organization. It is also a death cult and a dire threat to the public health of all Americans. That is a conundrum but not a contradiction. Its opponents must understand that both sides of the coin are equally dangerous.