"Hungry Like the Wolf" began a new era for Duran Duran and U.S. rock charts 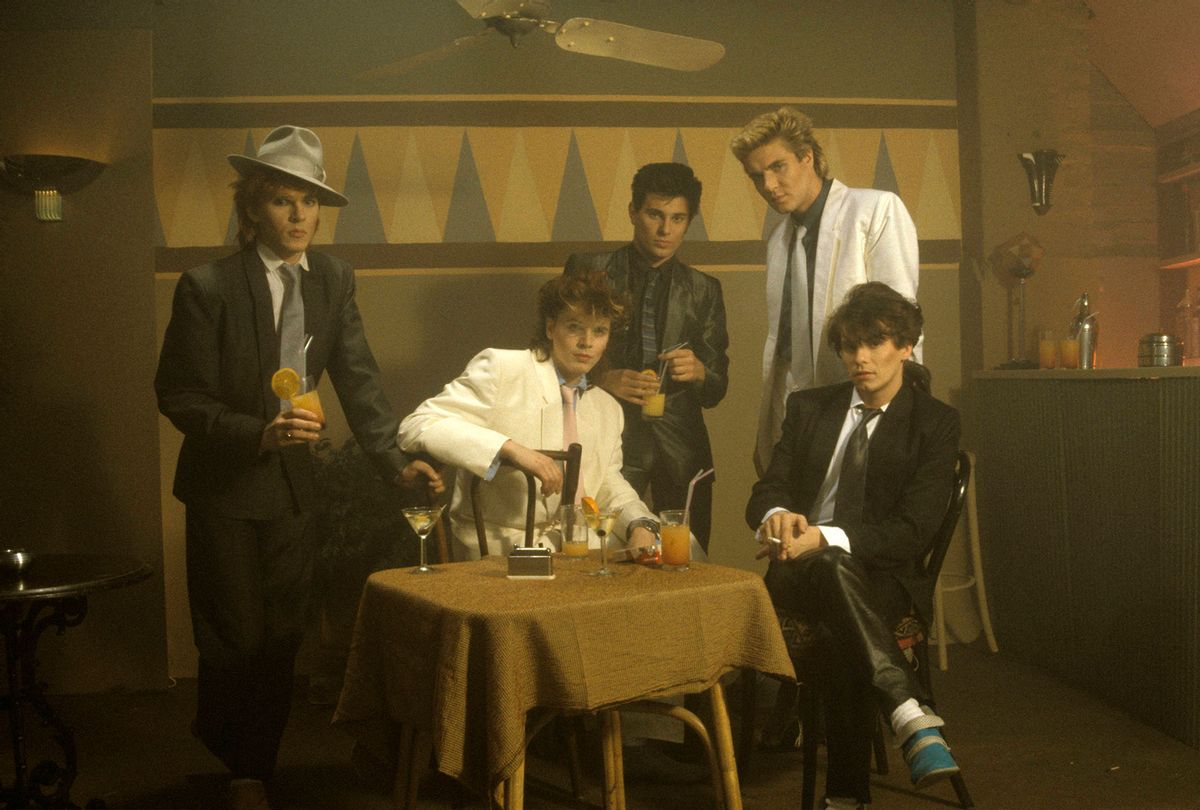 Duran Duran released their second album, Rio, on May 10, 1982. The LP featured three future classics — "Hungry Like the Wolf," "Rio" and "Save a Prayer" — but also moodier fare such as the aching "Lonely In Your Nightmare" and enigmatic "New Religion." Although the album arrived less than a year after Duran Duran's self-titled debut, which featured the striving "Planet Earth," Rio was a cosmic sonic leap forward.

In the U.K., Duran Duran appeared on "Top of the Pops" the week of the album's release, performing a buoyant version of "Hungry Like the Wolf." The LP debuted at No. 4 on the album charts and peaked a week later at No. 2.

However, in the U.S., Rio took a while to connect with a large audience. In fact, multiple factors contributed to the LP's eventual success. Among other things: MTV started spinning the groundbreaking videos for "Hungry Like the Wolf" and "Rio." The four-song Carnival EP, featuring dance floor-friendly remixes, became a hit. Rio itself was also reissued with new remixes from David Kershenbaum. And "Hungry Like the Wolf" benefitted from a musical landscape that was starting to embrace new, fresh sounds.

When the single finally took off in America, the ascent resembled a rocket ride: The song hit No. 1 on Billboard's rock radio charts and crossed over to the Top 40, peaking at No. 3. Casey Kasem, the host of the syndicated radio countdown show "American Top 40," delighted in referencing the song's chuckling intro.

Duran Duran performed the song on "Saturday Night Live" in 1983, and the single was a highlight of 1984's triumphant Sing Blue Silver tour. "Is anybody hungry?" Simon Le Bon would growl as banter, a rakish tone in his voice — causing an ecstatic response from the crowd.

With new music on the horizon from Duran Duran in 2021, it's illuminating to look back to the exciting moment where the song that broke them in the U.S., "Hungry Like the Wolf," started to happen.

Read an excerpt from Annie Zaleski's "Duran Duran's Rio " (Bloomsbury, May 6) below:

In fall 1982, everything started coming together for Duran Duran. The Carnival EP started selling— for nine straight weeks starting in mid-October it actually ranked higher than Rio on the Billboard album charts — and MTV support remained strong. At some juncture after being reissued with Kershenbaum remixes on side one, Rio was rereleased in the United States again, with the "Night Version" of "Hungry Like the Wolf" swapped in for the Kershenbaum remix. (Trying to keep track of all of the available Rio LP pressings— not to mention the various Duran Duran single edits and remixes floating around — is a daunting, if not impossible, proposition; among other things, Capitol Records took over reissuing various releases by the end of 1982 and into 1983.)

As the 1982 holiday season rolled around, rock radio went all-in on Duran Duran. Ten stations added the band the Friday after Thanksgiving; that figure tripled the next week. And in the "Radio & Records" issue dated December 10, 1982, Duran Duran were the most-added band at rock radio, with forty-three stations playlisting the group — placing them immediately ahead of the veteran arena act Foreigner and surging San Francisco hard rockers Night Ranger.

For the week ending December 18, "Hungry Like the Wolf" also made a grand re-entrance on the Billboard Top Rock Tracks chart at a new high of No. 20. Three months after Duran Duran's last appearance on the chart, the musical landscape looked quite different. The Australian pop troupe Men at Work and fellow ex-New Romantic Adam Ant had Top 10 hits; colorful synth-rock act Missing Persons, Duran Duran's label mates, boasted two charting songs; moody rockers the Fixx and quirky rockers Wall of Voodoo made respectable showings. Even Duran Duran's fellow former rehearsal space neighbors Dexy's Midnight Runners were gaining an American foothold with "Come On Eileen," a new entry at No. 32.

To drummer Roger Taylor, Duran Duran's guitar-based approach explains a lot about the band's U.S. success. "We never went down the complete electro route, and that's probably why America really took us to their heart," he says, while also citing as crucial Andy Taylor for the way he "brought a rock edge to the band" as well. "I don't know if we would have made it in America without that, actually. I think that was very important, that made that transition from England to America, because it really suited the rock radio." Thanks to this burgeoning support, "Hungry Like the Wolf" finally debuted on Billboard's Hot 100 at No. 77 for the issue dated on Christmas Day 1982, marking the start of what would become a wild ride.

This turnaround was quite a pleasant surprise to Nick Rhodes. "Suddenly, we got a phone call saying it's charted — you know, 'Hungry Like the Wolf ' has gone back up. It seems to have risen like a phoenix from the ashes," he laughs. "You know, it all went to a different gear from that point."