Texas judge dismisses NRA's bankruptcy case — is this the beginning of the end?

After Texas ruling, pro-gun group must face N.Y. attorney general in 2022 trial that could force its dissolution 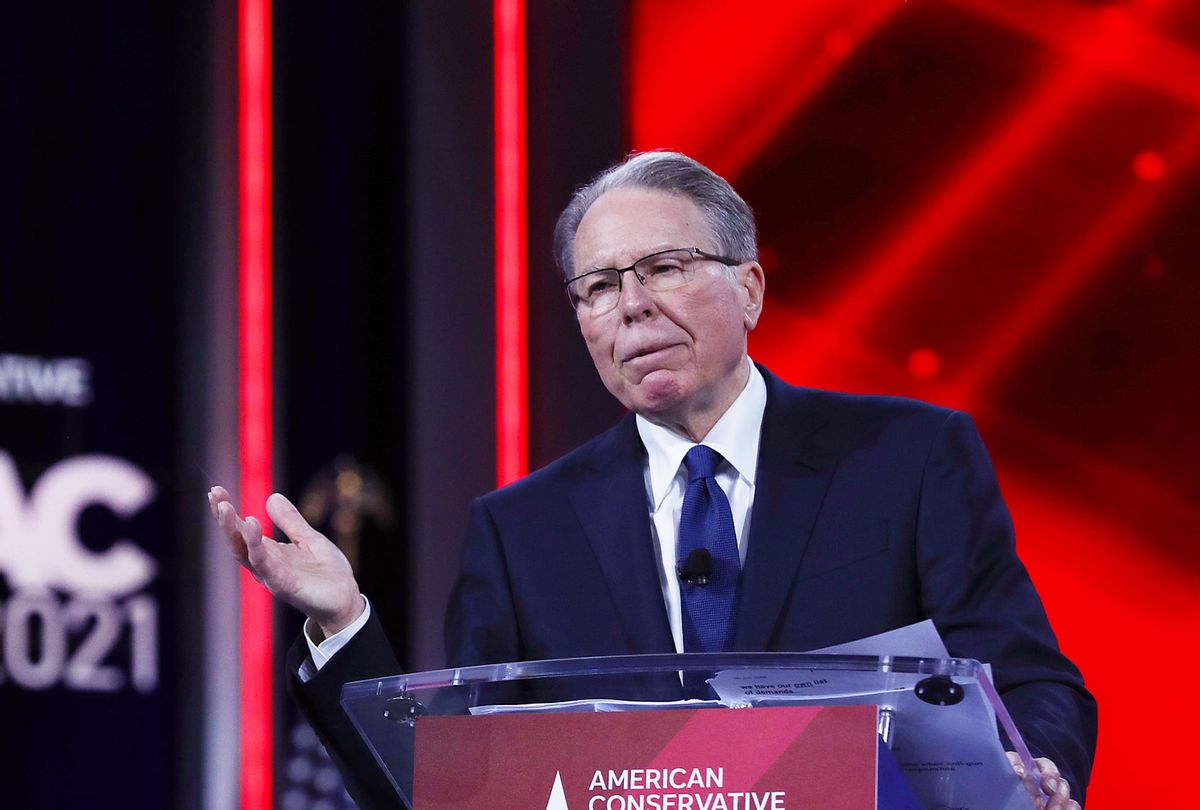 Federal bankruptcy judge Harlin Hale dismissed the National Rifle Association's bankruptcy petition late on Tuesday, striking a massive blow to the controversial pro-gun organization's legal battle to crawl out of years of financial mismanagement. Hale came down hard on the NRA in the 33-page decision, describing the bankruptcy filing — which sought to relocate the group to Texas from New York, where it faces multiple legal problems — as "not having been filed in good faith."

"There are several aspects of this case that still trouble the Court, including the manner and secrecy in which authority to file the case was obtained in the first place, the related lack of express disclosure of the intended Chapter 11 case to the board of directors and most of the elected officers, the ability of the debtor to pay its debts, and the primary legal problem of the debtor being a state regulatory action," Hale wrote in the ruling on Tuesday. He made clear that he agreed with New York Attorney General Letitia James "that the NRA is using this bankruptcy case to address a regulatory enforcement problem, not a financial one."

"Tuesday's decision means the NRA will not have bankruptcy protections, which it has said are needed to protect against a 'barrage of litigation' the organization is facing," CNN noted in its Tuesday report.

The NRA initially sought Chapter 11 bankruptcy relief back in January, but the case appeared to fall apart in court, amid testimony that CEO Wayne LaPierre used luxury yachts as getaway vacation vessels following mass shootings such as the 2012 Sandy Hook massacre, when he claimed to fear for his safety. LaPierre also frustrated the judge on several occasions throughout the case with unresponsive answers.

LaPierre's comments following the judge's ruling signaled that this decision comes as a major blow. "We remain an independent organization that can chart its own course, even as we remain in New York to confront our adversaries," LaPierre wrote in a statement released to the press. "The NRA will keep fighting, as we've done for 150 years."

The ideal outcome for the NRA in bankruptcy court was to restructure the financially struggling organization in Texas, largely protected from James' lawsuit, which alleges a long pattern of negligence, mismanagement and self-dealing and could result in the NRA's dissolution. Following Tuesday's decision in Texas, James issued a statement reading in part: "Weeks of testimony have demonstrated that the NRA and Wayne LaPierre simply filed chapter 11 bankruptcy to avoid accountability. This trial underscored that the NRA's fraud and abuse continued long after we filed our lawsuit. Without a doubt, the board was deceived when bankruptcy language was hidden in Mr. LaPierre's contract earlier this year."

NY AG Letitia James on a press call on NRA now -- says she expects a 2022 trial ... and her office is seeking:

--removal of Wayne LaPierre
--restitution, penalties
--dissolution of the NRA

"Today's order reaffirms that the NRA does not get to dictate if and where it will answer for its actions," James continued in her statement. "The rot runs deep, which is why we will now refocus on and continue our case in New York court. No one is above the law, not even one of the most powerful lobbying organizations in the country."

In January, the @NRA filed for bankruptcy in an attempt to evade accountability in New York, despite claiming to have plenty of financial reserves.

We sued the @NRA to put an end to its fraud and abuse, and now we will continue our work to hold the organization accountable.

With the petition to file Chapter 11 bankruptcy being tossed out in Dallas, the gun group will now likely have to face James in court, with a trial anticipated next year. The NRA has claimed that James views the organization as a "piggy bank," and seeks to fuel her own political ambitions.

Gun reform advocates who have long sought investigation of the NRA's murky financial dealings hailed Tuesday's ruling as a victory for transparency and the rule of law.

Brady United president Kris Brown called Hale's ruling a "historic win for the rule of law and a sure sign of defeat for the NRA and its corrupt leadership," in a statement given to Salon.

"The NRA's bankruptcy was deemed to be bad faith, much like every promise and statement the organization has made for decades," Brown wrote. "The NRA cannot escape justice. The court has ruled against the organization after weeks of damning testimony, including Executive Vice President Wayne LaPierre's own admission that he did not inform most of his board and other top officials before initiating the bankruptcy."

President of Everytown for Gun Safety John Feinblatt further cheered the decision as a "huge gain for the gun safety movement."

"Today's disastrous decision for the NRA shows that they can't even file for bankruptcy correctly, which doesn't bode well for the many lawsuits and investigations they must now face," Feinblatt wrote. "The NRA was forced to hang its dirty laundry out for the world to see and has nothing to show for it but another stack of legal bills. Their loss is a huge gain for the gun safety movement, and for the vast majority of all Americans who want stronger gun safety laws."

Shannon Watts, the founder of Moms Demand Action, offered a succinct summary of the day's events, observing that "the NRA is getting its clock cleaned in court."

"The testimony, evidence, and resolution of the trial have further damaged what little is left of the NRA's reputation, painting the clearest picture yet of a nonprofit organization that prioritized extravagant perks and insider payments to its executives at the expense of its rank-and-file members," Watts said. "While Wayne LaPierre and NRA leadership embarrassed themselves on the stand, President Joe Biden took significant action on gun safety. And the split-screen couldn't be more appropriate, because while the NRA is getting its clock cleaned in court, the grassroots gun safety movement is stronger than ever."