In HBO Max's new comedy "Hacks," Jean Smart plays a role befitting of the showbiz legend that she is

At long last the character actor who can do no wrong headlines a show of her own, and of course she slays the part 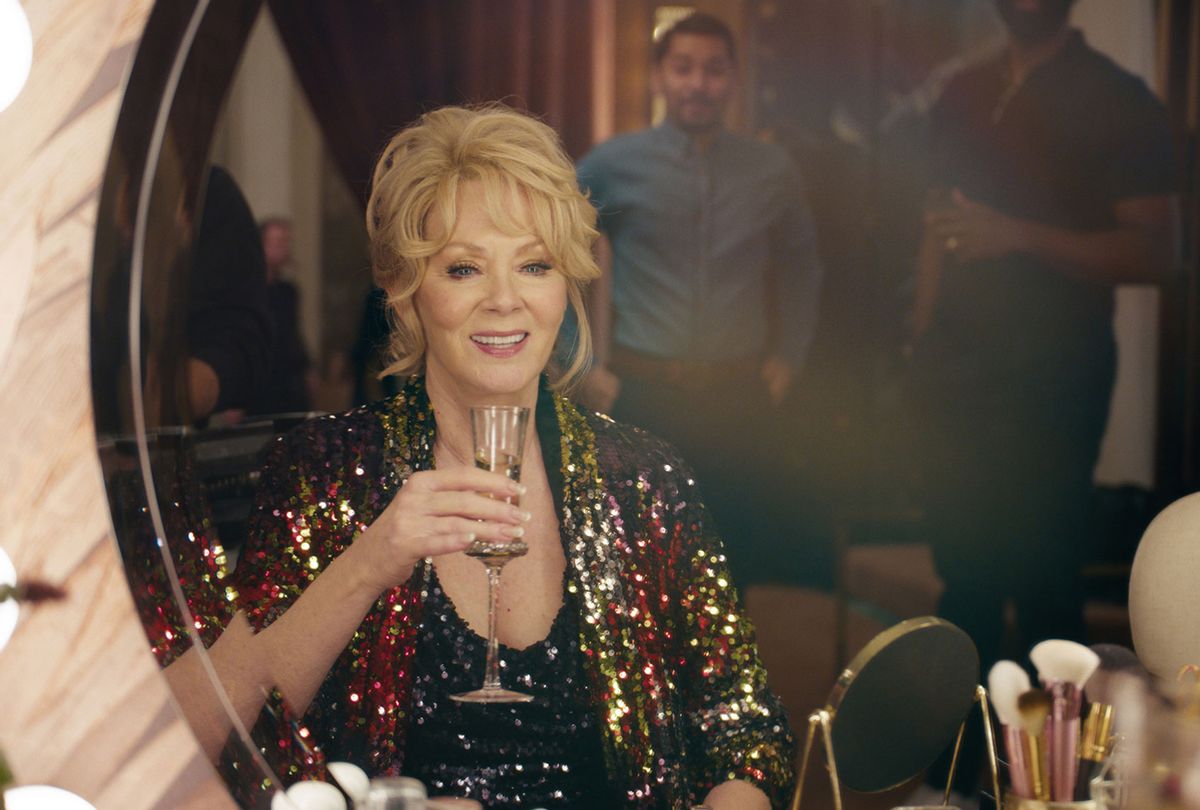 Good comedies lighten life for a time. Great comedies like "Hacks" make you wish you could live in the world they create no matter how dispiriting they can be. Or maybe it's a matter of its creators knowing the extraordinary talent they have in Jean Smart, lately the standout performer in any number of dramas  – "Watchmen," "Legion," "Mare of Easttown" come to mind the quickest.

Here she has top billing in a 10-episode show pitching her as Deborah Vance, a Las Vegas legend meant to recall Joan Rivers. Smart has plenty of experience in the comedy side of the business, having become a household name starring "Designing Women." Younger viewers probably recall that less readily than her operatic turn on "24."

In "Hacks" Smart to works all sides of the emotional spectrum, utterly plausible in her stand-up scenes and even better in the transitional moments between being onstage and the curtain coming down.

Deborah never deflates before our eyes; that would be typical, and Smart can never be that. Instead she switches her character into pure business mode, always moving like a shark, never exposing her vulnerability to anyone but those closest to her.

She's a woman who has worked enough performances on the Strip to set records and have a street named after her, and who plainly fears what would happen if she were to stop. Her gigs are on top of the enterprises that get her real money, including a home shopping network line, local business openings, any place that will have her and pay her handsomely.

Deborah has a mansion with a pool and a staff attending to all her needs, along with a manufactured lake she populates with live fish delivered directly to her estate. She's hell on the local water company's preservation efforts but from her perspective, she's clawed her way to earning every obscene luxury.

Because of all of this – in spite of it – Deborah is never satisfied. Her confidence in herself is her weapon and shield, and she's been swinging it around for such a long time than she doesn't notice the edges have rusted.

When struggling 25-year-old comedy writer Ava (Hannah Einbinder) arrives on her doorstep from L.A., from which she's been exiled, Deborah wants nothing to do with her. She's just found out that her plum casino residency is on the verge of being downgraded to make room for the gimmicky pop group Pentatonix. Another reminder that younger performers are nipping at her heels is the last thing she needs.

Ava's desperation moves Deborah even less, until they trade a series of crude insults. With that the experienced comedian decides the newcomer has something to offer, even if it's just target practice, and an uneasy partnership is born.

Deborah isn't the kind of woman who is easy to be around but "Hacks" creators Lucia Aniello, Paul W. Downs and Jen Statsky tailor the character to Smart in a way that makes it impossible not to love and understand her. And they do this without dimming everything Einbinder brings to the pair's dynamic.

Aniello, Downs and Statsky are alumni of "Broad City," a Millennial signature show whose reverence for comedy's founding mothers is apparent; you just have to have seen enough of this world to notice that. Smart's reverence takes the shape of recognizing the toll holding onto success and greatness takes on women who survive this industry, seen in moments when Deborah is alone and drops her satisfied grin and bright eyes. In those glimpses she dons her character's exhausted refusal to concede she might be done.

And this lesson is what she imparts to Ava, or tries to, either out of spite or knowing or a bit of both.  When the overly confident Ava complains that Deborah didn't use any of what she believes to be good jokes in her act, Deborah takes the wind out of her sails with, "Good is the minimum. It's the baseline. You have to be so much more than good."

Einbinder meets Smart by tapping into her character's cockiness without drowning the audience in overcompensation. A Los Angeles-based stand-up performer, Einbender lights up with the nervous hunger of someone whose ambition overdraws her abilities. As such, Ava's "better than this" irritation shifts over time into an appreciation that's grudging until Einbinder warms it into something genuine.

Some of the finest jabs within the six episodes made available for review feature her clashing against Deborah, who she wants to write off as a has-been, and being defeated by revelation after revelation as she learns exactly who Deborah Vance is. On her first day she realizes her new boss has her own private blackjack dealer – a kid like Ava – to whom Deborah gives all her best hand-me-downs.

Meanwhile Deborah makes a show of putting Ava in her place, roasting her alive with a chef's precision. The legend is hell on young upstarts like Ava, who receives a cautionary vision as to where that could lead when she meets Deborah's profoundly damaged daughter (Kaitlin Olson, ragged and wonderful in each of her scenes).

But that's because Deborah understands the price of maintaining her life is a low-grade despondency at knowing what could have been.  An early scene has her breezily calling her loved ones to dinner with elegantly plated suppers warmed in the microwave. Only her two dogs respond, scarfing down their meat and veggies as she downs a glass of wine by herself, her expression blank. She wears the same emotionlessness when she gets wind of a betrayal or, conversely, finally obtains an antique trifle long denied her.

"Hacks" writes a surfeit of generosity into everyone, especially Deborah, whose vulnerability Smart readily accesses. Her best parts are amplified by the quiet work of her loyal assistant Marcus (Carl Clemons-Hopkins, the show's stealthiest delight). "Her s**t is ugly, but the quality is there," Deborah's card dealer explains, and she's talking about a shirt, but she could be describing the comedian's spirit.

Through it all "Hacks" steadily builds a real respect and friendship between these two women, expanding our view of what it means to secure and defend a throne at the banquet table, while appreciating the enormous struggle it takes to even get on the wait list. Watching and enjoying it is enough, but Smart and Einbinder make us want to sit with these two, Smart especially, as Deborah and Ava enrich each other's existence.

"Hacks" premieres with two episodes Thursday, May 13 on HBO Max with two new episodes released every week until June 10.