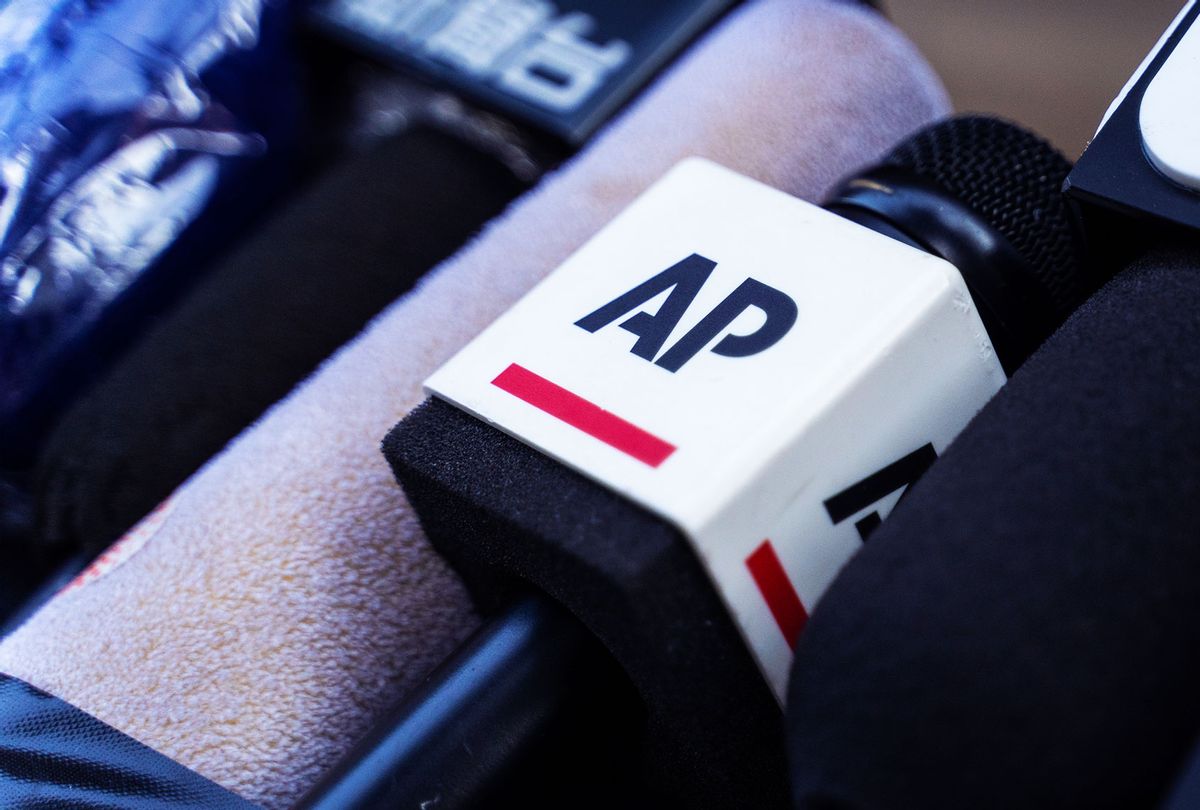 Former Associated Press reporter Emily Wilder was fired from the international media company late Thursday following a pressure campaign by right-wing media, including publications such as The Federalist and The Washington Free Beacon working in tandem with the Standford College Republicans. Wilder was "canceled," if you will, for pro-Palestinian activism during her years in college — not at the AP.

The campaign to have Wilder fired started on Monday with the Stanford College Republicans taking to Twitter to bill the reporter's past pro-Palestine demonstrating as controversial, coming to the verdict that she would never be able to be impartial while covering national news.

While at Stanford from 2016-2020, Wilder was a leader in Jewish Voice for Peace and Students for Justice in Palestine, an organization with ties to Hamas affiliates, and which is notorious for inflicting acts of intimidation and violence against pro-Israel students.

"Recently, we discovered that the Associated Press has hired former Stanford anti-Israel agitator, Emily Wilder, who referred to the late Sheldon Adelson as a 'naked mole rat' as one of their 'journalists,'" the college Republican organization tweeted. The series of tweets from the Standford Republican chapter went onto claim that the reporter, who is Jewish, during her college years belonged to a "Students for Justice in Palestine," on-campus group. The college Republicans — who appear to have their own questionable Twitter activity — also took offense to Wilder calling right-wing provocateur Ben Shapiro a "little turd" and Sheldon Adelson a "naked mole-rat."

From there, the right-wing outrage machine got ahold of the story, including The Federalist, The Washington Free Beacon, and Fox News, which billed the reporter as being "anti-Israel." Notably, the Free Beacon ran their hit-piece with no attached byline and didn't return Salon's request for comment as to why.

On Thursday, an all-staff email from AP News director Peter Prengaman to employees read: "A note to say that news associate Emily Wilder is no longer with the AP.

Associated Press staff received a memo this morning that @vv1lder is no longer with the company, after conservatives rallied to get her fired because she was part of Students for Justice in Palestine in college https://t.co/vgYdZOcRKo pic.twitter.com/zcmmXn4fk0

But the Associated Press claims it wasn't her activism in college. "While AP generally refrains from commenting on personnel matters, we can confirm Emily Wilder's comments on Thursday that she was dismissed for violations of AP's social media policy during her time at AP," an AP spokesperson told The Wrap.

"Amazing how quickly a talented young reporter's career can be snuffed out by a Twitter mob that decided to feign outrage over some college tweets. And if @vv1lder somehow violated @AP's social media rules, the solution is to offer guidance, not termination, to a new reporter,"  The Washington Post's Glenn Kessler wrote on Twitter following the ouster.

Amazing how quickly a talented young reporter's career can be snuffed out by a Twitter mob that decided to feign outrage over some college tweets. And if @vv1lder somehow violated @AP's social-media rules, the solution is to offer guidance, not termination, to a new reporter. pic.twitter.com/PuGAwN0Aot

Responding to her firing, Wilder told SFGATE that her firing was nothing more than a right-wing outrage mob that reportedly disdains "cancel culture," doing what they claim to resent.

"There's no question I was just canceled," told SFGATE reporter Eric Ting on Thursday following the news of her firing. "This is exactly the issue with the rhetoric around 'cancel culture.' To Republicans, cancel culture is usually seen as teens or young people online advocating that people be held accountable over accusations of racism or whatever it may be, but when it comes down to who actually has to deal with the lifelong ramifications of the selective enforcement of cancel culture — specifically over the issue of Israel and Palestine — it's always the same side."

In her interview with SFGATE, Wilder noted an "onslaught of absolutely vile messages" she received after right-wing media began running with the story. Wilder didn't immediately return a request for comment from Salon.

While The Associated Press might have folded to the demands of the right-wing mob, many journalists on Twitter voiced their support for the young journalist. "Shame on @AP @peterprengaman. I stand with Emily. Her reporting at our newspaper was excellent. Reverse your decision NOW," The Arizona Republic's reporter Rebekah Sanders wrote. The Washington Post's Dave Weigel responded: "'Hire @vv1lder' is something more and more people are saying."

"Every journalist should be outraged about @AP firing [Wilder] over college activism in favor of freedom for Palestinians. The industry is rife with clear double-standards on this," Los Angeles Times investigative reporter Adam Elmahrek commented on the firing. The Daily Beast's senior politics reporter Will Sommer replied, "It's crazy that editors are still falling for these bad-faith campaigns from right-wing media."

The decision to out Wilder comes on the heels of right-wing pundits cheering the Israeli airstrike that leveled a building in Gaza on Saturday, housing several international news outlets, including The Associated Press.