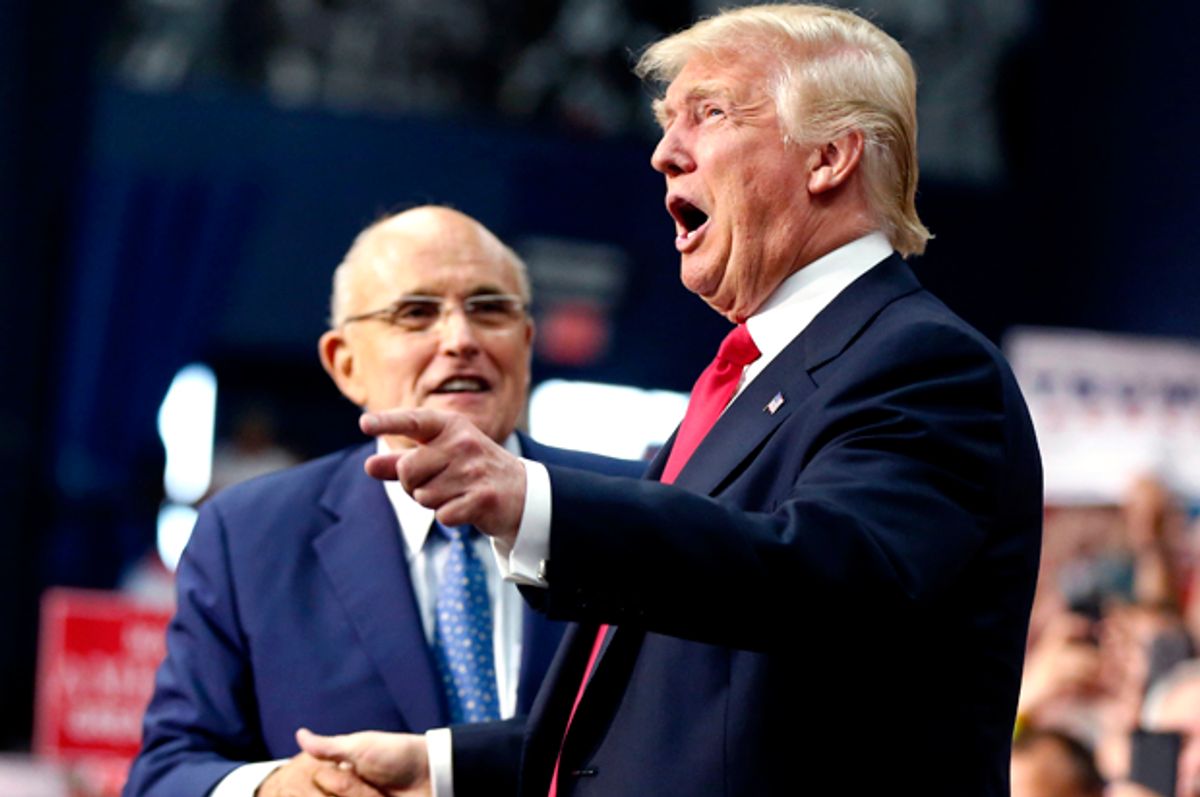 Former New York City Mayor Rudy Giuliani is caught up in yet another legal drama.

"Federal prosecutors in Brooklyn have been investigating whether several Ukrainian officials helped orchestrate a wide-ranging plan to meddle in the 2020 presidential campaign, including using Rudolph W. Giuliani to spread their misleading claims about President Biden and tilt the election in Donald J. Trump's favor, according to people with knowledge of the matter. The criminal investigation, which began during the final months of the Trump administration and has not been previously reported, underscores the federal government's increasingly aggressive approach toward rooting out foreign interference in American electoral politics. Much of that effort is focused on Russian intelligence, which has suspected ties to at least one of the Ukrainians now under investigation," The New York Times reported Thursday.

"The investigation is unfolding separately from a long-running federal inquiry in Manhattan that is aimed at Mr. Giuliani. While the two investigations have a similar cast of characters and overlap in some ways, Mr. Giuliani is not a subject of the Brooklyn investigation, the people said. Instead, the Brooklyn prosecutors, along with the F.B.I., are focused on current and former Ukrainian officials suspected of trying to influence the election by spreading unsubstantiated claims of corruption about Mr. Biden through a number of channels, including Mr. Giuliani, Mr. Trump's personal lawyer at the time. It is unclear whether the Brooklyn prosecutors will ultimately charge any of the Ukrainians," the newspaper reported.

At the heart of the investigation are the same issues that resulted in Trump's first impeachment trial.

"At one point in the investigation, the authorities examined a trip Mr. Giuliani took to Europe in December 2019, when he met with several Ukrainians, according to the people, who spoke on the condition of anonymity to discuss an ongoing inquiry," the newspaper reported. "The trip was the culmination of a yearlong effort by Mr. Giuliani, with support from Mr. Trump, to undermine Mr. Biden's presidential campaign. The effort proceeded primarily on two parallel tracks: collecting information from Ukraine to attack Mr. Biden's diplomatic efforts there as vice president, and pressing Ukraine to announce investigations into Mr. Biden and other Trump critics."