"Undine" is an exquisite, romantic reimagining of an underwater myth using a phallic CGI catfish

Christian Petzold spoke to Salon about his film, a retelling of the tragic water nymph tale from the woman's POV 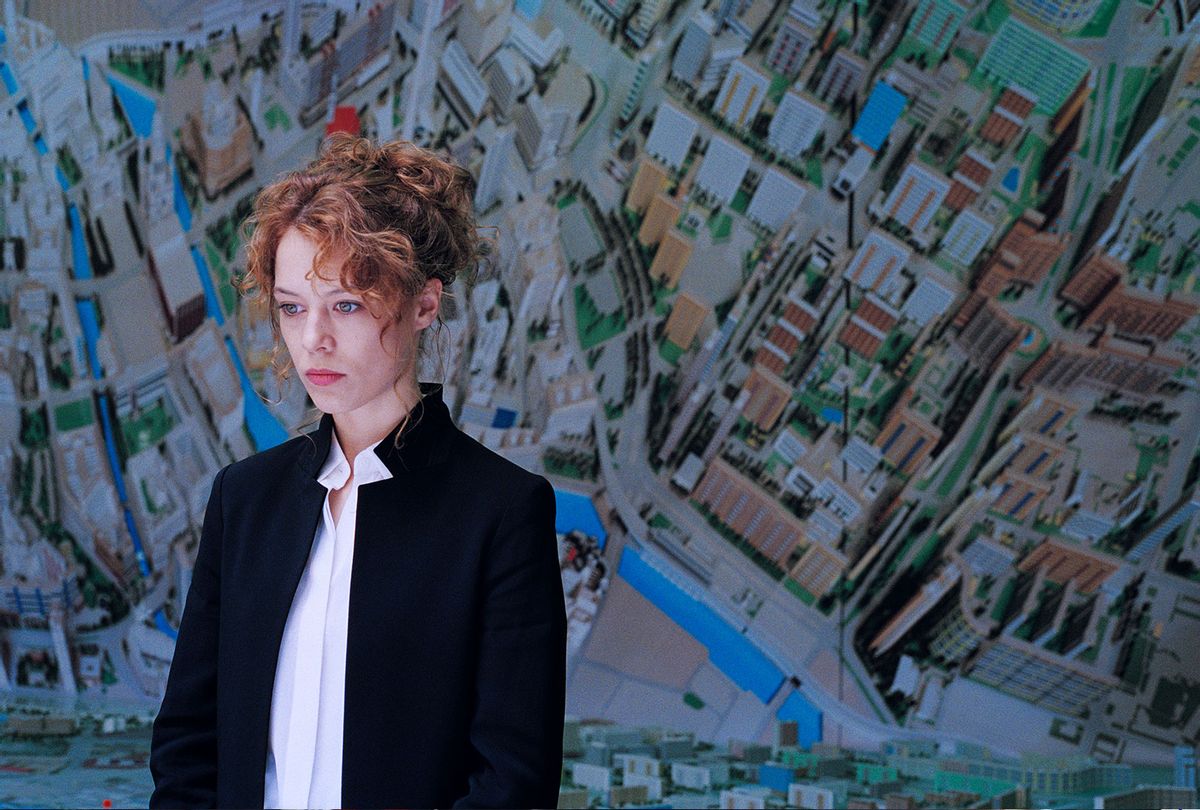 "If you leave me, I have to kill you," Undine (Paula Beer) tell her boyfriend Johannes (Jacob Matshenz) when he is breaking up with her to be with another woman. This scene opens Christian Petzold's exquisite romantic drama, "Undine," a contemporary adaptation of the classic myth about "a water nymph who becomes human but is doomed to die if [her human male partner] is unfaithful to her."

The story, however, shifts gears after this prologue to depict the relationship that develops between Undine, an urban historian who lectures on the city's transformation, and Christoph (Franz Rogowski), an industrial diver. However, their happiness is threatened by various twists of fate that are best left to be discovered.

Petzold's economical approach to this romance pulls viewers in, and he exerts absolute control over the story, which shifts between land and water, reality and fantasy, while also addressing issues of trust and truth, lies and betrayals. The story even folds in on itself as the mythological elements impact the drama.

As with his previous features — "Barbara," and "Phoenix," and most notably, "Transit," which also starred Beer and Rogowski — Petzold considers Germany's past and shows how it influences the present. The history of his country hangs over the characters, like a shroud. The filmmaker recently spoke with Salon about what lies beneath the surface of "Undine."

"Undine" recasts a myth in a modern-day setting. What decisions did you make in adapting the myth?  And what is the advantage of this — can we call it anachronistic — approach? You also employed this strategy in "Transit."

I made a decision in the '90s to tell all these stories about nymphs and women from the perspective of the women. "Undine" was very important because it was the typical male subjectivity – the whole romantic story in Germany is from the perspective of a male subject, and it's a beautiful girl and she's naked coming out of the lake and joining your life. And the man threw her away. I was always interested in the Undine myth, but I want to do it in the present time, like "Transit." We have these roots of old stories in our present time.

The characters in "Undine" reinvent themselves to an extent, and many of your films are about identity and betrayal. Can you talk about the importance of these themes in your work?

All stories in cinema are crime stories, and if you betray your husband, or your wife, or son, or daughter, it's a crime story. It's something where someone has to lie, or has a double life, or parallel life — and this is what cinema is about. It's not about the poetry of ordinary people, but when ordinary people do something outside of their ordinary life. If someone wants to stay in a bar one hour too long, before they go home, then the story starts. It's like the film noirs from the '40s that I love so much. These ordinary men, like Ray Milland, do something and they are not part of society anymore. In this moment, I think they are part of the cinema.

Likewise, your films have often featured women in Germany living in the shadow of the war, be it the Cold War in "Barbara," or WWII in "Phoenix." In "Undine" there are references to revival, recovery, and rebuilding, from the way Undine recovers from being dumped, to Christoph reviving Undine after a dive, to the lectures she gives at a historical association about the rebuilding of Germany in the postwar and reunification eras. What observations do you have about learning from the past?

Berlin is like the USA — it's very modern — and after fall of the Wall, the neoliberal, capitalistic system has oppressed Berlin. We have skyscrapers and apartments houses for rich people, and we have no space for stories and tales and myths and legends. Undine talks about this when she gives her lectures about the history of Berlin. She is also talking about her enchantment in the world, which is killed here by capitalist systems. This is the subject of all romantic stories—the enchantment of the world is killed, and the characters of all the myths and legends have to stay somewhere. She's in an intellectual world, as a doctor of history, and can talk about the history of the city that we will miss someday.

There is a palpable sense of fatalism in your films. Your characters, even without the myth, often are doomed or fighting against the odds. I loved the line "progress is impossible," signaling this. Are you a fatalist?

Not a fatalist, but I'm surrounded by retro things and movies with sepia colors that are as if you are living in a nostalgic, or retro, world. The records my son and daughter are listening to sound like they are from the '60s or '70s. I can't stand this anymore. I don't want to make a retro thing.

The romance between the leads is very palpable. A kiss Christoph gives Undine on a train platform is swoon-inducing. How did you develop the relationship between the lovers?

After working with the actors on "Transit" for 30 days, it was sentimental, because we know we have to finish our work and "divorce." It was a fantastic time in Marseilles. So, I improvised the story of "Undine," and I said to Paula, "You are drowning" and Franz, "You have to wait on land — perhaps she is coming back from death." You are going as a diver into the sea searching for love and her, and Undine, you are going from the sea to the land and searching for him. They liked it. I pretended I had a script, so I had to write it very fast. It was like the second part of "Transit" — not something to do with the political situation of exile and fascism, but about the searching for love and how we can be refugees from these patterns and structures which are weights on our shoulders. They try to be free and they try to swim and dive, not only in the water, but also their lives.

The underwater scenes are striking and have a real dreamlike feel to them. The symbolism, such as the catfish, for example, never feels heavy-handed. Can you talk about the water imageryb—bfrom the running faucet and the fish tank to the lake and pool and more?

I was a big fan of underwater scenes. I grew up in a small house with five people and one TV and it was always noisy except during the underwater scenes where we had quiet and silence. The whole family loved them. I think the actors loved underwater scenes because there was no director, and no dialogue, and no psychology. I showed the actors Jack Arnold's "Creature from the Black Lagoon," and one of my favorite films, Richard Fleischer's "20,000 Leagues Under the Sea." This is really cinema. There is just movement, no dialogue. They are like silent movies.

Because I'm part of the Berlin school, people think we are poor, and can't film underwater or use computers. I love to speak with CGI specialists who work with big, big productions. I think it was the first communication from poor Berlin school and rich CGI folks and think about how we can animate this catfish. I said to them, "He must look like a sad, erect cock." That sounds dirty, but he must be male, and full of muscle, but his eyes must be sad because it's not a good life for this catfish in the lake. Where we shot, there is a myth that the catfish is a landlord who raped and killed this young girl, and he has to stay as a catfish underwater forever. We recreated this erected, muscled cock-fish. [Laughs].

Despite some absolute realism, there is a magical realist quality to your film, which creates ambiguity and becomes open to interpretation. How do you want viewers to read your film?

"Undine" releases in select theaters and on digital and VOD on Friday, June 4.