COVID turned public health experts into celebrities. Not all of them are comfortable with the change 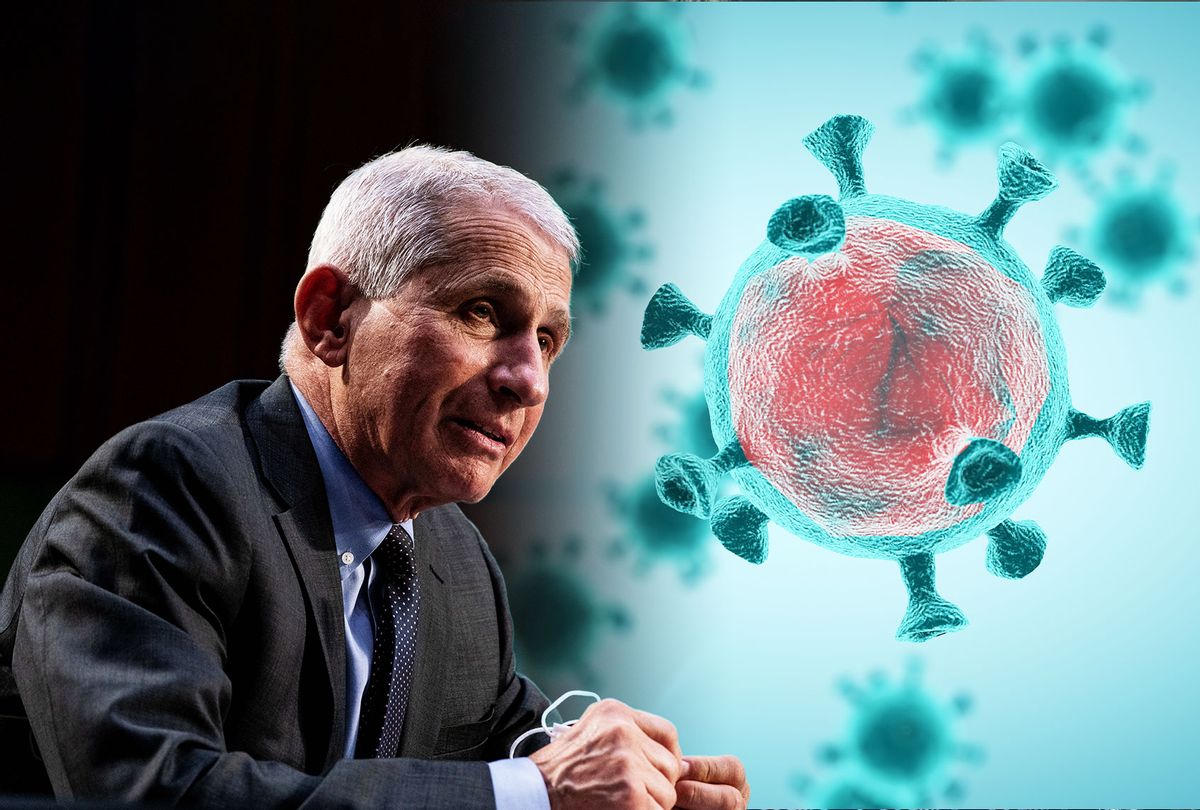 Dr. Monica Gandhi never wanted to be on Twitter. An infectious disease doctor and professor of medicine at the University of California–San Francisco, Gandhi told Salon that she looks forward to quitting the social media site once the COVID-19 pandemic is over. Through Twitter, she says, she has been on the receiving end of a tremendous amount of vitriol for the crime of trying to help people. Many attacks came from the political right, as ideologues have slammed her for writing papers that stressed the importance of wearing masks during the pandemic. Then, in recent months, the viciousness came almost exclusively from liberals — with Gandhi being barraged for her stances on school openings and releasing masking after being vaccinated.

All of this is occurring to someone who, by her own admission, "hates being the source of controversy."

Gandhi is not alone. In the past year, many public health experts who work at universities and hospitals have found themselves thrust unwittingly and uncomfortably into the public spotlight. Before 2020, few aside from public health wonks and science nerds paid attention to the worlds of epidemiology, virology and public health. Among the many ways it has changed history, COVID-19 has turned formerly mundane public health questions into hot button topics that can destroy relationships and decide elections. It is why Dr. Anthony Fauci — who has been Director of the National Institute of Allergy and Infectious Diseases since 1984 but did not become a household name until last year — can make headlines with an errant comment or email.

But while Fauci's shove into the public eye was dramatic even by modern political standards, plenty of the nation's lesser-known public health experts found themselves cast into similar positions — becoming pariahs, saviors, or somewhere in-between.

"As an epidemiologist-ophthalmologist, I've not generally been asked to talk about infectious pandemics in the past 20 years," Sommer explained. "That changed in March 2020." Sommer started receiving invitations to speak to academic ophthalmology groups specifically about the COVID-19 pandemic.

Yet as the invitations branched out, some of his inevitable interactions with non-experts made him wince.

"In an early such talk to the major donors of a major eye institute, one of the donors argued about how distancing and cancelling ball games would inconvenience him unnecessarily," Sommer recalled. "I was speechless – for a moment – and then replied: 'What if it is your daughter who gets infected and dies?'"

"I have no idea if he had a daughter, but that stopped the discussion," Sommer mused.

"Public health has risen from obscurity to center stage in our national and global dialogue," Medford explained. "It is fair to say that the public health field was ill-prepared for the politicization of public health messaging and practices."

"Let us learn from this oftentimes painful experience and provide our public health experts with the tools to engage with the public and policy makers in a clear and more effective manner," Medford continued. "This will include an understanding of the interface of public health with economics, political ideology, human behavior, health disparities, racism and climate change. Although the need is now, I suspect this transition will take years ultimately resulting in the installation of new generation of multidisciplinary public health leaders."

Sommer was particularly and personally pained by Trump's unsound and unscientific advice, which was parroted by many of his right-wing contemporaries.

"The way in which President Trump, who knows no science of medicine, would shout out recommendations on prime time to drink the equivalent of Clorox, which would surely kill you outright, was something out of a fantasy book . . .  and having to watch his real experts, in the corners, try and keep a straight face (and not contradict him) was painful."

Sommer's experiences taught him a valuable lesson in avoiding dialogue with bad-faith actors. He described the stress of pandemic life as "the same as living in a cocoon and avoiding discussions with right-wing know-nothings operating on political instead of scientific correctness."

But not all experts suffered the wrath of haters. Medford told Salon that he was grateful to have many positive interactions.

"This may be atypical but throughout the pandemic, when my multiple health policy, operations, technology and scientific roles and activities were discussed, I have received almost uniformly positive feedback, gratitude and support from a wide variety of people," Medford wrote. "Where public and global health policy intersect politics and government policy, I have found a mostly receptive audience."

"It has brought me down in some people's eyes," Gandhi told Salon. "It has allowed people to say things about me that I never imagined that anyone would ever say about me. It's been extremely difficult."

Still, Gandhi says that her life has also improved in some ways. "In the sense that because I'm an infectious disease doctor, I have been able to deeply study this virus, and I hope contribute to the dialogue about public health messaging. . . . I think a lot of public health experts have wanted to only have one approach, that's very fear-based, and I have tried to put together a message that tells people about the virus and how to keep safe, specifically harm reduction."