Protesters were armed with signs that carried such messages as, “Foo Fighters fight to bring segregation back" 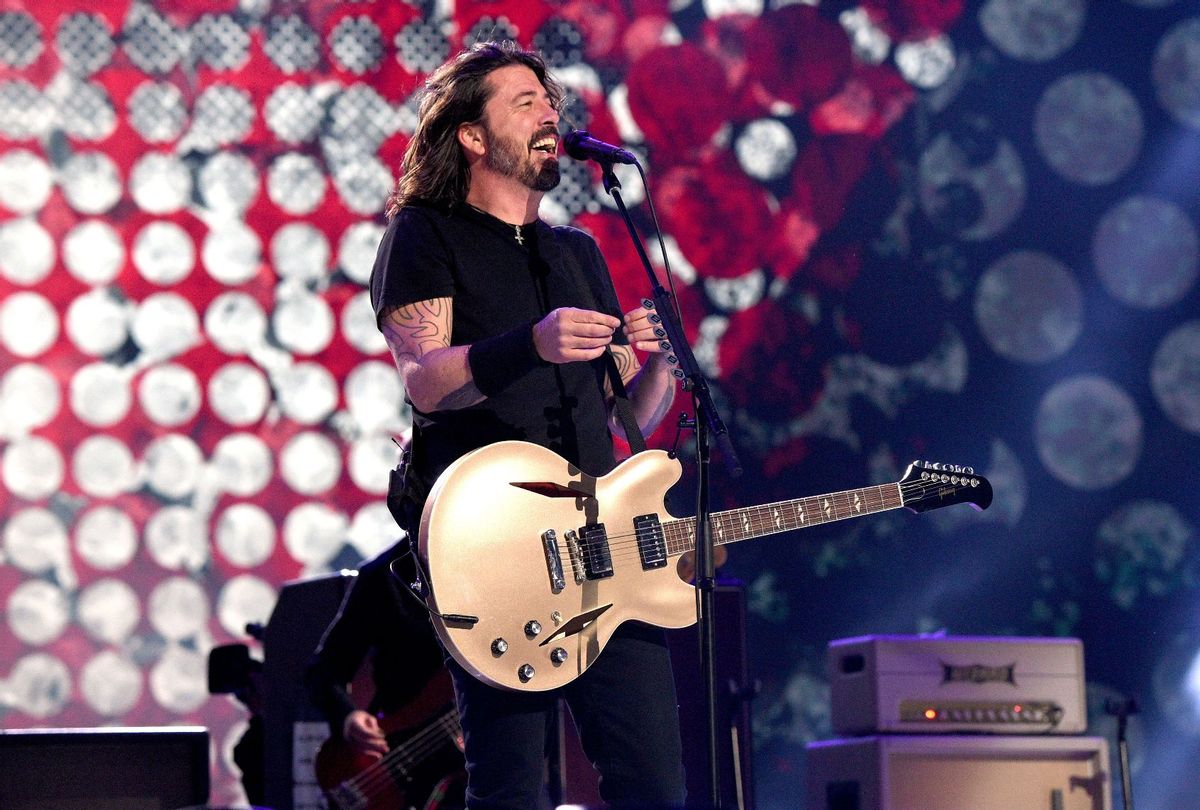 The Foo Fighters held their first full-capacity concert since the pandemic on Tuesday night at Canyon Club in Agoura Hills, California, as the state shifts toward fully reopened status. The concert was exclusively open to attendees with proof of vaccination — a requirement that has been disappointingly but unsurprisingly politicized by anti-vaccine conspiracy theorists, including former child star Rick Schroder himself.

Schroder was among what looked like dozens of anti-vax protesters who showed up in full force to protest the concert from outside on Tuesday, Variety reports. Protesters were armed with signs that carried such messages as, "Foo Fighters fight to bring segregation back," and "event for vaccinated only, unvaccinated not allowed," and, well, one of these is true.

Schroder, star of "The Champ" and "Silver Spoons," has been fairly vocal about his baseless suspicions about the COVID-19 vaccine, and his criticisms of policies that require or encourage it. In a Facebook post from the past weekend, he wrote about Foo Fighters frontman, "Dave Grohl is an ignorant punk who needs [to be] slapped for supporting Discrimination. Ignorance comes in all shapes & sizes. Kurt Cobain is laughing at you Dave along with Millions of Patriots. . . . Fool."

Unfortunately, Schroder's dangerous views about the vaccine, and even his delusion that it's in any way comparable to the violent white supremacist politics of segregation, aren't rare. Salon's own Nicole Karlis has reported on anti-vax activists' recent attempts to co-opt Juneteenth, a celebration of Black liberation from slavery in the United States, by rallying for "medical freedom for all" and "emancipation" for those who refuse to be vaccinated this coming June 19.

Georgia Rep. Marjorie Taylor Greene has only just apologized for horrific comments she made comparing COVID vaccines to the Holocaust in a tweet from a month ago. "Vaccinated employees get a vaccination logo just like the Nazi's forced Jewish people to wear a gold star," Greene had posted.

Conservatives co-opting oppression through baseless conspiracy theories and purposefully offensive false equivalencies is an American tradition as old as time. Throughout the unpredictability of the pandemic, the one thing any of us really could predict was that some version of this — protesters comparing the vaccine to slavery, a right-wing politician comparing it to the Holocaust, and a washed-up child star joining protesters calling concert safety protocols segregation — was going to happen, at some point.

"This is what happens when you just want to attend a @foofighters concert at a small local concert hall and the next thing out know you're a 'Vaccine Segregationist,'" a local reporter at the event wrote in a tweet.

In any case, the Foo Fighters don't seem too fazed by the Schroder-endorsed protesters. Grohl announced another show at Madison Square Garden in New York next week, which will also require proof of COVID-19 vaccination.

"We've been waiting for this day for over a year," he said in a statement. "And Madison Square Garden is going to feel that hard. New York, get ready for a long ass night of screaming our heads off together to 26 years of Foos."