Scientists say spider silk could teach us how to replace plastic

Plastic pollution is destroying the planet; spiders may be able to save us with the secrets of their webs 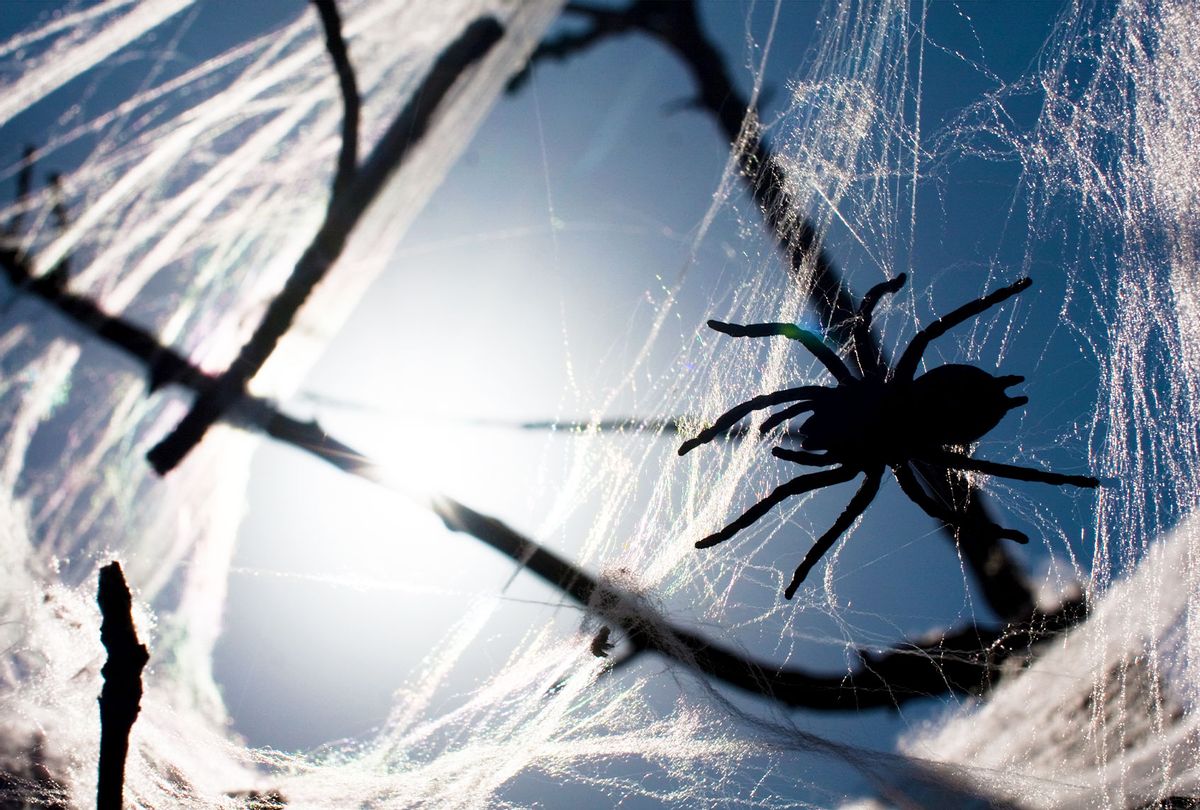 For all our scientific and technological might, humans struggle to manufacture materials as tensile as a spider's silk. Five times as strong as steel, spiderwebs are a testament to the ingenuity of nature — and particularly to the millions of years of evolution that endowed arachnids with the power to make such miraculous strands of silk. Chemists and engineers have studied spider silk for years to figure out if it could be adapted in developing novel materials. Now, an intriguing new paper has a remarkable proposal: use a biodegradable spider silk-inspired material to replace plastic. Such a concept would have incredible utility in reducing plastic pollution on Earth, which causes myriad health, environmental and ecological problems.

The new article in question, published in the scientific journal Nature Communications, reveals that Cambridge researchers have managed to create a sustainable material that could theoretically replace plastics but is made from plants and sustainable.

As Professor Tuomas Knowles, a chemistry and biophysics professor at the University of Cambridge, wrote to Salon, spider silk is extremely strong even though its molecules are connected together by comparatively weak bonds. The looseness of the molecules makes the molecules more dynamic, and they can be packed together in dense quantities.

From a material standpoint, Knowles says spider silk is unique in that spiders create it with protein that can "naturally untangle and restructure" itself, a process known as "protein self-assembly." Knowles and his team followed the same principle.

"These interactions are formed in large part through contacts involving the backbone of the molecules; this is the part that all protein molecules have in common," Knowles explained. "As such, we found that it is possible to take molecules which are unrelated to silk, but find conditions where they too can assemble into dense arrays which are held together by backbone interactions."

Knowles hopes this knowledge could, quite literally, save the world.

"This technology has significant potential to replace plastics in a wide range of applications," Knowles explained to Salon. "Plant-protein materials are high performance, and have a perfect end-of-life.  Unlike fossil fuel based materials, no chemicals can be released when the materials degrade. And unlike most other potential replacements for plastic, our materials are 100% natural, with no chemical modification or cross linking."

Knowles believes in the new material so much that he and his team have founded a company called Xampla, which plans on launching products based on it in the real world, including a micro plastic application (fabric softeners' fragrance capsules) and a plastic film application (wrappers for dishwasher detergents).

"By 2025, we envisage that these materials will be found widely in homes, in personal care, homecare and food packaging applications," Knowles wrote to Salon.

If Knowles is correct, the invention will come not a moment too soon. There is a growing body of evidence linking chemicals known as "endocrine disruptors," which are found in many widely-used plastics, to dropping sperm counts among men. Plastic pollution has also seeped into our food and could be causing widespread illnesses like cancers. Large quantities of disposable plastic have found their way into the ocean, bringing considerable suffering to aquatic life and hurting the livelihoods of many low-income individuals. The pandemic has only exacerbated these trends by increasing demand for single-use plastic products and making it cheaper to create new plastic.

These are serious problems — but, as Knowles tells Salon, not ones that he had initially set out to solve when he began studying the webs woven by our eight-legged friends.

"When we started this research, our goal was to understand the fundamental nature of protein self-assembly," Knowles explained. "We asked the question, 'How does for example a spider make silk so strong?' And as we developed, we realized that that fundamental understanding could be applied to many other proteins as well and thus address one of the principal environmental challenges of our day."