Whether Anthony Mackie likes it or not, there's always been a need for queer "shipping" in media

How does allowing fans to interpret and celebrate queer love detract from storytelling about male friendship? 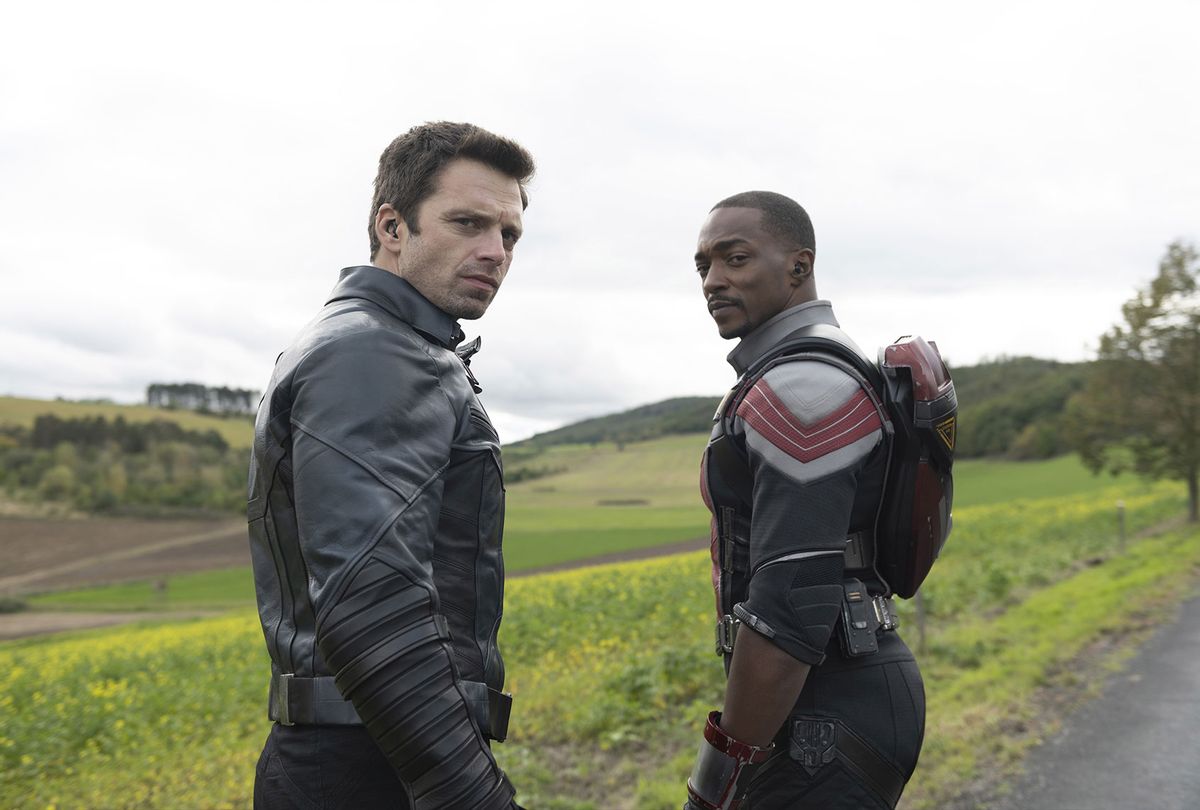 The Falcon and the Winter Soldier (Disney+/Marvel Studios)
--

Last month, Marvel's Sebastian Stan, who plays the fan favorite Winter Soldier himself, warmed hearts and nodded to queer MCU fans when he gave his approval to the popular "shipping" of his character, Bucky Barnes, and Sam Wilson (Anthony Mackie). Asked by Variety about fans celebrating the pair as a romance, Stan said, "I'm just happy that the relationship is embraced, and it should be embraced in whatever way or fashion that people desire and want it to be."

It's hard to imagine a more perfect answer than Stan's, which welcomed fans to interpret and enjoy the art they see onscreen, in whatever way brings them joy. As for as imagining a worse answer, we don't have to, because Mackie provided one.

In an interview with Variety published Thursday, the Falcon-turned-new-Captain-America actor expressed frustration with Marvel fans for "shipping" his and Stan's characters.

"So many things are twisted and convoluted," he said of the popular fandom ship. "There's so many things that people latch on to with their own devices to make themselves relevant and rational."

Mackie explained, "It used to be guys can be friends, we can hang out, and it was cool . . . You can't do that anymore, because something as pure and beautiful as homosexuality has been exploited by people who are trying to rationalize themselves.

"There's nothing more masculine than being a superhero and flying around and beating people up. But there's nothing more sensitive than having emotional conversations and a kindred spirit friendship with someone that you care about and love," he added.

First, it's important to point out what Mackie gets right, which is the importance of portraying better, more intimate male friendships and relationships, where onscreen male friends do more than objectify women together. In Marvel's "Falcon and the Winter Soldier," Bucky and Sam gradually put their petty differences and squabbles aside, open up to each other about their feelings of loss from the departure of their friend Steve (Chris Evans), and form a real, meaningful bond. Male friendships that go this deep are a rare in TV and movies, and Mackie is right to emphasize the importance of more "sensitive" portrayals of masculinity.

But how, exactly, does allowing fans to interpret and celebrate queer love detract from storytelling about straight male friendship? How are either of these visions and aspirations, for greater representation of queer love and queer storytelling, and more sensitive straight male characters, in conflict with each other? They're not.

"Shipping" characters who do and don't end up together is a tradition as old as fandom itself, and while everyone can ship anyone, shipping characters can be an especially fun and powerful experience for queer fans, who are offered so few opportunities to see themselves in stories — especially stories told by Marvel. The relatively few queer love stories we do get to see onscreen so often end in tragedy, end in characters' queerness not being accepted, in heartbreak and struggle that can force queer audiences to relive their own traumas. LGBTQ fans are able to find joy, bonding and community in fan fiction, in their own storytelling, projection and artistic interpretation.

Mackie, of all people, should know what it's like to fantasize about an onscreen relationship between fictional characters that isn't going to happen — he himself has admitted he "requested" a love story between Black Widow (Scarlet Johansson) and Sam "several times." Shipping fictional characters who aren't going to be together only really seems problematic to him when they're of the same sex.

Apple TV+'s "Visible: Out on Television" miniseries examines the history of how queer visibility and narratives evolved on TV. And it's not surprising that early characters were either only coded as or "claimed" as queer in the face of a dearth of real onscreen portrayals. This helps us understand why shipping is so popular among queer audiences, as a direct result of lack of representation. Maybe if the MCU actually portrayed LGBTQ characters, or LGBTQ relationships, audiences wouldn't be forced to imagine.

Mackie's choice to describe "homosexuality" as "pure and beautiful" also feels particularly patronizing, coming from someone who was uncomfortable enough with fans shipping his character with another man to go off on a pretty lengthy rant. Mackie, ultimately, seems to blame "SamBucky" and other queer shippers for being the reason we don't see enough sensitive, straight male friendships on screen, when the real question should be why we can't have more of both. Or, for that matter, what's so harmful about fans and especially queer fans seeing and celebrating fictional love however they want?

As the actor behind the first Black Captain America, and one of the first major Black superheroes as a whole, Mackie is breaking critically important barriers for representation onscreen. His performance of Sam Wilson confronting the racist legacy of Captain America's shield, and reckoning with continued anti-Blackness in America, in "The Falcon and the Winter Soldier," was groundbreaking, and essential to moving Marvel forward. But Marvel has more work to do, to include more characters of color, and also, certainly, to include more LGBTQ characters and storytelling. Queer shipping should always be welcomed by franchises with fanbases as diverse as Marvel's — and frankly, it should be especially welcomed, when franchises like Marvel give queer fans so little to work with.